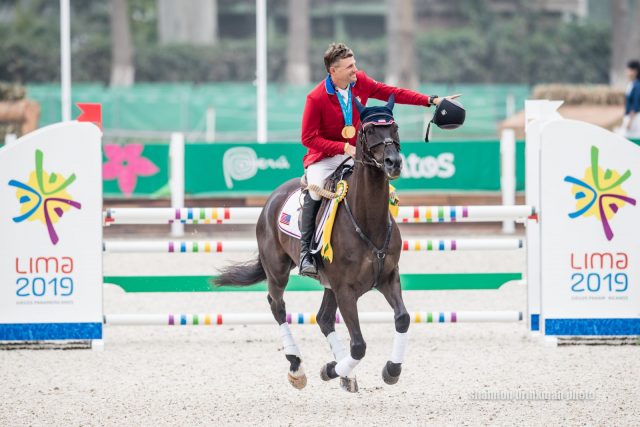 Boyd Martin and Tsetserleg weren’t on the original 2019 eventing training lists, but between winning the national five-star championship at Kentucky and double-gold at the Pan Am Games they got fast-tracked to Elite status. Looking forward to the next stop on their Tsetserleg World Domination Tour! Photo by Shannon Brinkman.

US Equestrian has just released updates to the 2019 eventing training lists, which are structured following the new U.S. Eventing Pathway Program. Spearheaded by U.S. Eventing Performance Director Erik Duvander, the program is designed to create a “culture of competitiveness” and provide a more clearly defined pathway for U.S. event riders.

The 2019 lists have been updated from previous lists announced in December 2018.

The Elite Program aims to support athlete and horse combinations demonstrating the ability to contribute to medal-winning potential at the World Championship level, measured against world-leading performances and looking to compete at the next Olympic or World Championship. The following combinations have been named to the Elite Training List:

The Development Pre-Elite Program aims to identify and support athlete and horse combinations that have the perceived potential to meet Elite status within the next two to four years, with the target of competing on a championship team in the next four to six years. The following combinations have been named to the Development Pre-Elite Training List:

The Development Potential Program aims to focus athletes on education aimed at equipping them with the necessary tools and skills to have the perceived talent to reach Elite status in the next four to eight years, with the goal of Pre-Elite targets by the age of 30. The following athletes have been named to the Developing Potential Training List: