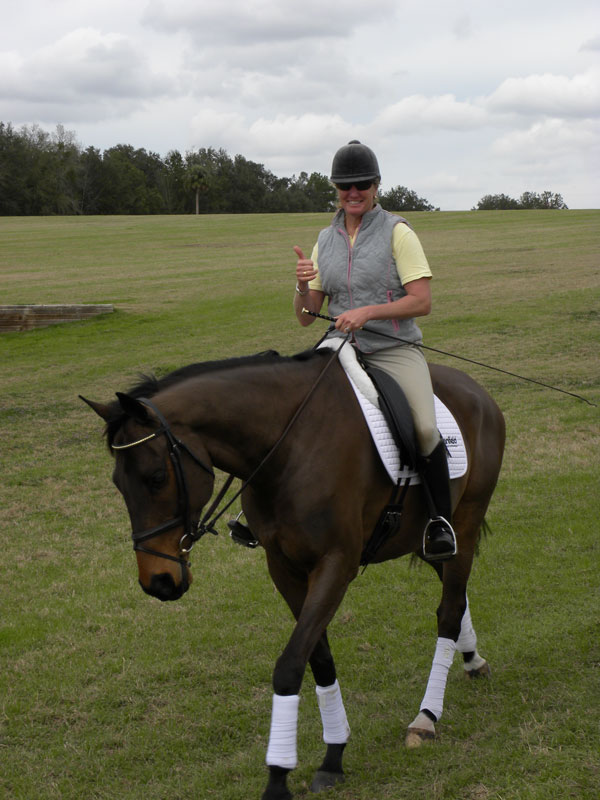 I just had ‘one of those days’ with the vet, but writing this post is a welcome distraction.  This morning, I watched a few of the US training sessions being held at Meredyth South.  CMP was extremely focused on getting riders to use their leg.  Probably 90% of the corrections he suggested involved the leg aid, and he kept saying things like: “leg to go slower,” “leg until he comes rounder,” “talk to the hind end with your legs to give you the feeling you want in your hands.”  I think a lot of riders either focus on making horses work off of the outside rein (modern) or seat (classical) and that the leg is getting a bit lost in the process, which might be why Mark put such an emphasis on it today.  Everything was about the leg.  CMP began every lesson by schooling a principle at the walk, mostly teaching the horse to come round from the leg and develop a solid connection.  Here are a few specific thoughts from the rides I watched.
Lauren Kieffer and Ultra Tim: I arrived just at the end of Lauren’s ride, but Tim looked great and Mark seemed really pleased.  The pair did well at the FHI CCI**, and I bet that when Lauren does her Road to Rolex Blog for us next year, it will involve Tim.
Erika Treis Peterson says “Hi Eventing Nation” 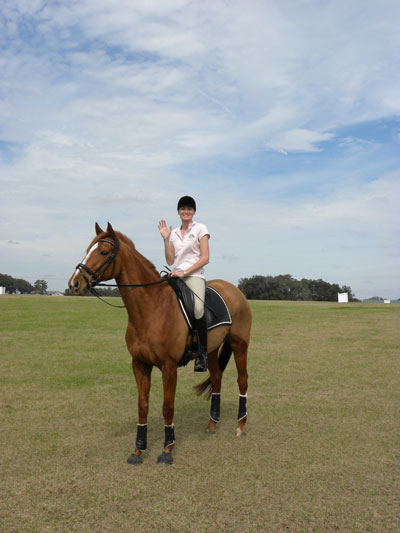 Erika represents the 616 (Holland, MI) with her fancy 3* horse Under the Influence.  When Erika started her lesson, Mark observed that her leg was kicked too far out in front.  A quick adjustment to the balance of the saddle (by taking out front Mattes pad padding) moved Erika’s leg back by about two inches.  From personal experience, nothing helps a water-skiing leg position like raising the rear of the saddle, which is often unbalanced and causing the problem in the first place.  Mark spent most of the lesson working on Under the Influence’s trot work, encouraging the horses to “swing twice as much and go twice as slowly.”  CMP encouraged Erika to half-halt even when things were going well, as a preemptive measure, which I think is a very hard technique for a rider to implement because we are so excited when things go well that we try to just maintain.  In the canter work, Mark asked Erika to canter on the spot, and then go forward in that rhythm and balance.
Karen and Mandiba are going straight to the top 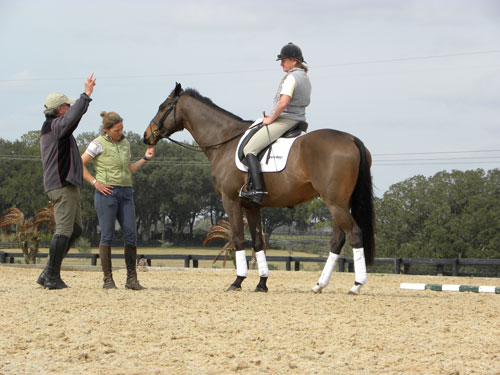 Karen and Mandiba looked fantastic, and I am convinced they have flatwork that can win the WEGs.  The lesson was very positive and ended with a high-five between Mark and Max.  Karen seemed very confident, and, from a flatwork perspective, the pair seems in awesome shape.  Mandiba was focused, relaxed, moving great, and very accurate.  In the walk, Karen worked on taking long slow steps with a good connection in the rein.  In terms of position, Mark encouraged Karen to stretch up rather than leaning back.  Mark asked for more shoulder-in in the canter, and said that being straight was not enough angle for training.  Personally, I have never really ever head a coach say “less shoulder-in” in the canter work for training purposes.
Max watches one long side for enough shoulder-in angle while Mark watches the other 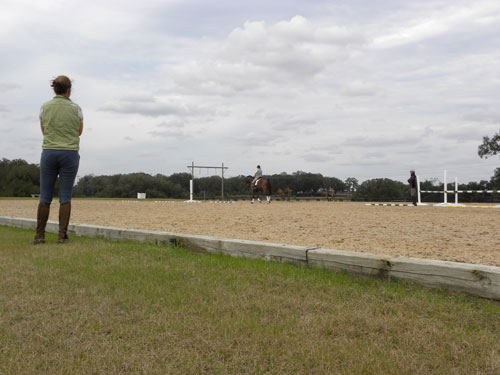 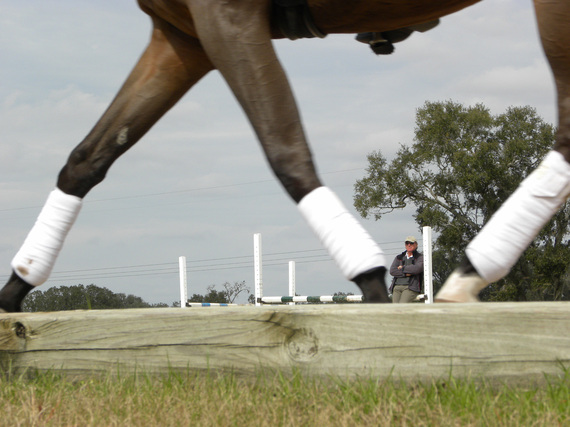 Hannah Burnett and St. Barths walk it out 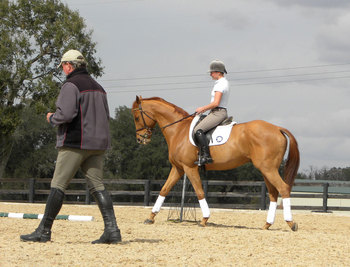 Mark worked with Hannah, the FHI CCI** winner and another one of our guest writers, on transitions, particularly the canter to trot.  Several horses at the training sessions dropped behind the bit and leg in downward transitions, and Mark worked on this issue each time until it was fixed.  In the canter, Mark encouraged Hannah to work Nike’s feet until he became more available in the jaw.
Sara Ike using technology to help the US win 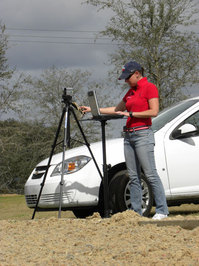 Sara Ike, of the USEF, who works behind the scenes to make everything run smoothly for the Team, was kind enough to show me a little about the cool video technology the Team is using which allows each movement to be categorized and broken down.  Someday I will write a post on the issue, but my educational background in psychology tells me that visual feedback is a critical component of training.  Sarah also wins the best dressed award for rocking a sweet olympic polo.  That’s all for now, but we will have more tomorrow from the jumping sessions.  Go eventing.
0 0 votes
Article Rating
Subscribe
Login
Please login to comment
0 Comments
Inline Feedbacks
View all comments
More Insanity on Horse Nation >>