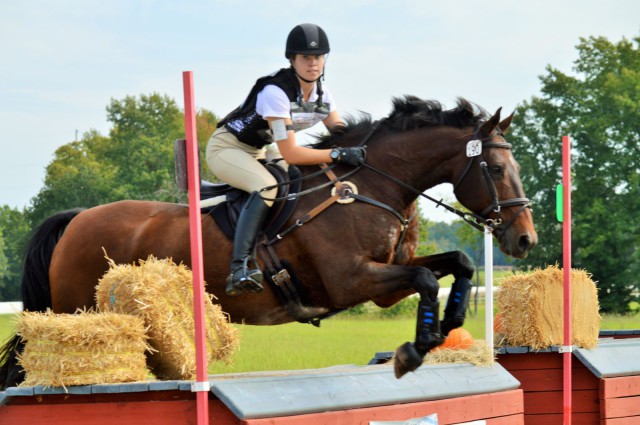 Emerson Gotcher and Kurious in the Junior Training division at AECs. Photo by Sally Spickard.

The USEA has just announced that the Board of Governors met early this morning and ultimately decided to withdraw the proposed rule changes to USEF EV149.6 and EV149.7 and Appendix I and Appendix II, Cross-Country Obstacle Design Guidelines. The proposals will now be referred to select USEA committees for further consideration.

“The Board of Governors has received a great many emails and letters regarding the proposed rule changes and has taken very seriously the concerns and comments of the membership,” the USEA said in a statement. “While the Governors believe that amended rule changes are necessary in the interest of clarifying and improving the sport, they feel that it will be beneficial to take additional time to allow further input and review the proposals, and to communicate more clearly why changes are necessary.”

The updated rule change proposals reflecting the current drafts will be posted on the USEA website for all members. The board will review and approve a final draft at its August 2015 meeting in Dulles, Va.