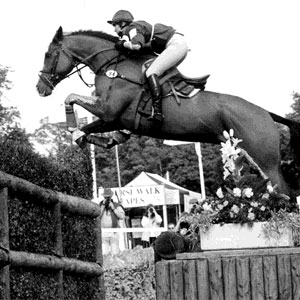 Karen and Biko. Photo via the USEA Archives

Chris Stafford touched base this week with Karen O’Connor in the wake of the death of her beloved partner Biko. Karen fondly remembers her first time meeting Biko on a trip to find horses in Ireland and how she had to begin slowly as the big Thoroughbred grew into himself. “There was a lot of foundation work we had to do; I didn’t take the horse to a competition until he was 6, and we bought him as a 4 year old,” Karen said on the podcast.

Karen thanked all of Biko’s connections over the years, and remarked that she had been contacted by people from the world over who wanted to pay tribute to the horse who helped ignite Karen’s illustrious career. “I literally traveled the world with this horse,” Karen said in the interview with Chris. “It was a true, true privilege to be a part of his life.”

To listen to the full USEA Podcast interview, including background on what type of ride Biko was in competition, click here.