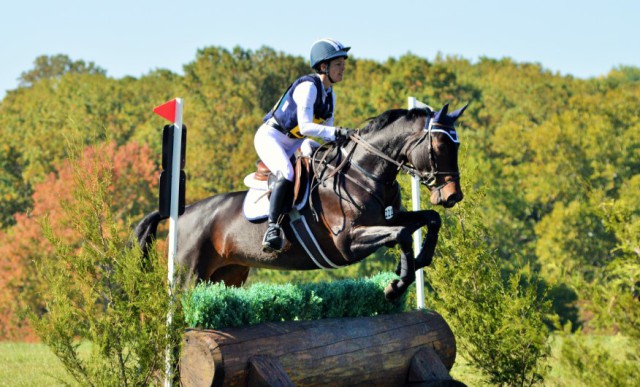 The USEA announced this morning that a new DX Eventing division for two-phase events will be discussed at next month’s Annual Meeting & Convention in Washington, D.C. The division would include a dressage test and a hybrid course made up of both cross country obstacles and show jumping fences.

“While the USEA offers Organizers the option to register Combined Tests (CT) with the Association, those competitions only consist of dressage followed by show jumping thus not featuring the heart and soul of the sport, cross-country,” Rob Burk, USEA CEO, says. “In our ongoing effort to make the sport as inclusive as possible the USEA is looking into whether DX Eventing could be a worthwhile option.”

The USEA has established a Task Force to develop a proposal for launching DX Eventing as a recognized competition. Eventing DX would be offered at the Beginner Novice through Advanced levels with a national leaderboard for competitors to earn points toward year-end awards.

“In its initial proposal the Task Force has indicated that in order for the sport of Eventing to survive and thrive in the future, new, interesting and cost effective competitive opportunities need to be introduced,” Rob says.

The USEA’s Task Force is also suggesting that DX Eventing could provide a training ground for eventing officials.

“Judges could include Federation Licensed Judges, participants or graduates of the USEA Judging Training Program, or ICP instructor of the appropriate level to that being judged,” Rob says. “If the DX Eventing jumping phase offers any cross-country fences of Intermediate or Advanced level, the Federation Official would need to be selected from the “R” registered and “S” applicants Eventing Judges and/or Technical Delegate.”

For riders, USEA membership is currently not mandatory to compete in combined tests, though there is a $25 non-member fee. “At this point it is unclear if or what a non-member fee would be to compete in a DX Eventing competition taking into consideration the cost of offering the program, providing a leaderboard, registering and insuring these events,” Rob says.

The new DX Eventing division will be discussed next month at the USEA Annual Meeting & Convention in Washington, D.C. The proposed Beginner Novice Assistance Allowed division will also be discussed, in addition to a Modified level to “bridge the gap between the Training and Preliminary Levels.”

Click here for a detailed breakdown of DX Eventing, including how a national leaderboard and points system would be implemented.

What do you think of DX Eventing, EN? Would you compete in a division like this?