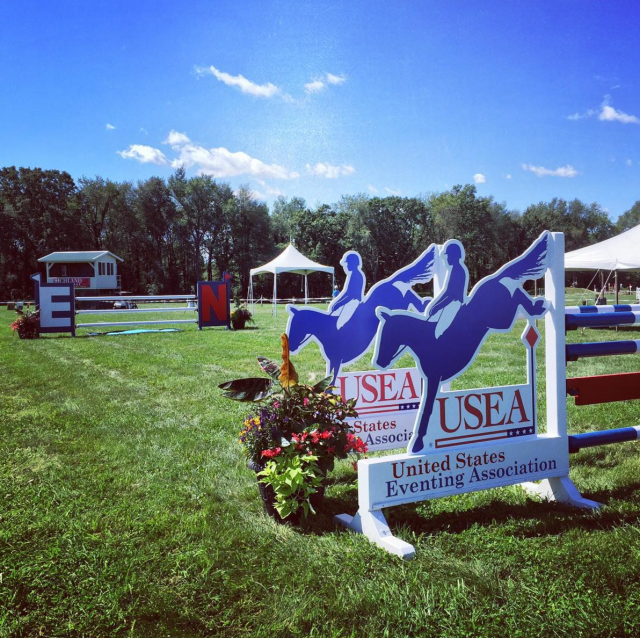 A perfect four strides from awesome to awesome. Photo by Leslie Wylie.

Safety and education have top priority at the USEA, whose Board of Governors has announced the availability of funds toward projects aimed at the advancement of these goals. The board is now accepting proposals for such projects, as detailed in a RFP released to the public today.

The Board believes that funding education and safety projects, which benefit all levels of eventers, will help increase the overall safety of the sport. Accordingly, the USEA’s Safety and Education Committees are requesting proposals from the public for projects that will advance and facilitate education and safety for competitors, instructors, officials and volunteers.

“The Board made it clear that they wished to look outside of the box of current USEA programs. While the USEA has numerous valuable programs related to safety and education, we felt that this infusion of funds could help energize the public to help advance the sport even further” said USEA President Carol Kozlowski.

At the Board’s August meeting, funds were set aside to this end and a Task Force was formed to develop a Request for Proposals (RFP). The USEA Executive Committee has now reviewed and approved the RFP for release to the public. The RFP details the need, scope of work, selection process and other areas relevant to those submitting proposals for consideration. To view the full RFP visit click here.

Proposals are due by June 1, 2017, with applications to be processed and evaluated in the following two months. The process should be completed by August 16, 2017. The USEA may fund projects of merit in an amount up to $50,000 per proposal.