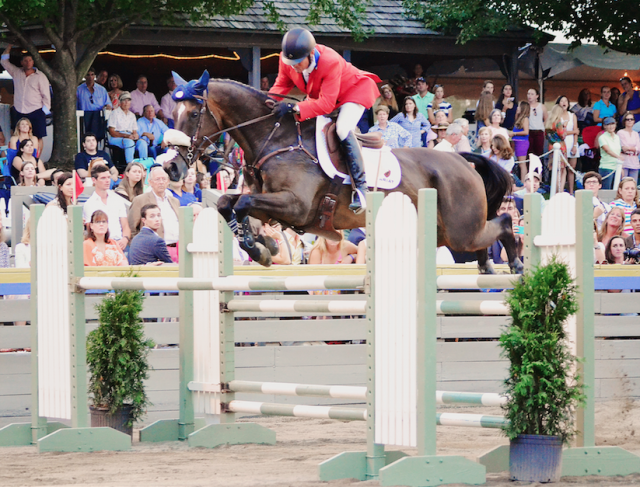 The USEF announced today that it is accepting bids to host a leg of the 2016 FEI Nations Cup Eventing Series here on U.S. soil, which would be a huge step forward for eventing in North America. The FEI Nations Cup has never hosted a leg in the United States, but it’s been a goal of several event organizers for some time now.

In just one example, Rob Banner, president of the Great Meadow Foundation, spoke to EN last year about his goal of hosting a leg of the Nations Cup at the facility in Virginia, which hosted the WEG Prep Trials last summer and will host its inaugural CIC3* in conjunction with the Pan Am Prep Trials this June.

“We’ve proved that we can certainly draw a big crowd, and a lot of people realized at the WEG Prep Trials that we can handle the larger task as well,” Rob said. “We’ll get together the very best committee we possibly can to not only navigate the organization of a Nations Cup but also work with the FEI to secure a date.”

Both David O’Connor and Leslie Law have been supportive of the U.S. hosting a leg of Nations Cup, and Rob has already done much of the leg work towards turning this goal into a reality. He’s working with Washington Dulles International Airport to secure a new vetport, which would allow European competitors to have easy access to the site should it host an event like this.

“It would be a thrill if we could get the vetport secured to help horsemen who bring horses from Europe,” Rob said. “Having that here would be a great asset to Great Meadow and other area venues. We’re urging for it to happen, and, so far, Dulles seems to be interested in having this kind of activity at the airport.”

There are a multitude of other venues in the U.S. that could potentially submit a bid for the Nations Cup. Bids are due to the USEF by April 3 and are open to organizing committees that have organized a USEF-licensed FEI Two-Star Level or above event.

We’re thrilled to see this proposal in the works, and we’ll be sure to keep you up to speed on the bids once they are announced. For more information on the bid process, click here.