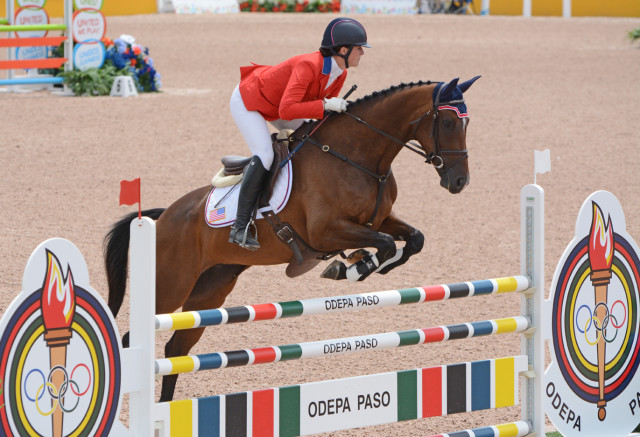 Hot off the press! The USEF has just announced the recipients of USEF Land Rover Competition Grants for The Dutta Corp Fair Hill International CCI3* and the Galway Downs CCI3*. In addition, two previously awarded grants have been reallocated to other competitions for Jennie Brannigan and Matt Brown.

Matt Brown has had a grant reallocated for the Boekelo CCIO3*, taking place October 8-11 in Boekelo, The Netherlands. He will now compete at Boekelo instead of Blenheim with Super Socks BCF, a 2006 Irish Sport Horse gelding owned by Blossom Creek Foundation.

The USEF explained in a press release that Matt requested to use the USET Foundation’s Jacqueline B. Mars Competition Grant, which was originally awarded to him for the Blenheim CCI3*, for Boekelo instead. He was originally intended to compete Super Socks BCF at Blenheim and BCF Belicoso at Boekelo.

Jennie Brannigan has also had a grant reallocated and will now compete Cambalda at the Pau CCI4*, taking place October 21-25 in Pau, France. Nina Gardner’s Cambalda, a 2002 Thoroughbred cross gelding, originally received the grant for the Event at Rebecca Farm CCI3*. Jennie and the Gardners elected not to compete at that event due to the tight timeline with Ping also serving as the traveling reserve horse for the 2015 U.S. Pan American Games team.

The USEF confirmed in a press release that Jennie is also using her free Dutta Corp flight that she received as the winner of the 2014 Dutta Corp Fair Hill International CCI3* to make the trip to Pau.

Congrats to all the grant recipients!