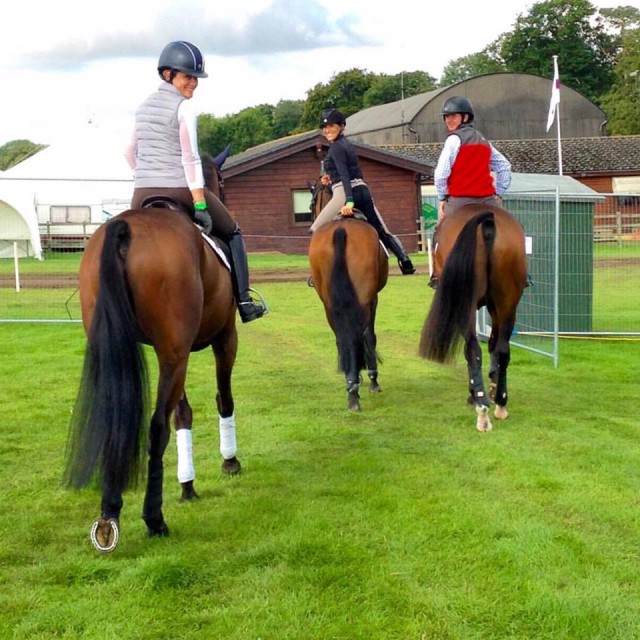 Lynn Symansky and Donner, Laine Ashker and Anthony Patch, and Tim Bourke and Luckaun Quality head out on a hack. Photo via Laine Ashker.

Burghley week is finally upon us, and we’re anxiously counting down the minutes until Wednesday’s first horse inspection (4 p.m. local time, 11 a.m. EST) for the Land Rover Burghley Horse Trials. In the meantime, we’ve pulled together every detail you could possibly need to know about one of the most highly anticipated CCI4* events of the season.

The U.S. is represented by three combinations at Burghley: fellow first-timers Laine Ashker and her own Anthony Patch and Lynn Symansky and The Donner Syndicate’s Donner, as well as Burghley veteran Colleen Rutledge with her homebred Covert Rights. We’ll also be cheering on U.S.-based Irish rider and Burghley first-timer Tim Bourke on his own Luckaun Quality.

Having drawn number 28 in the order of go, Lynn and The Flying Deer will likely be the only pair from the U.S. contingent to do their dressage on the first day. Lainey and “Al” drew number 54 and are likely to go before the lunch break on the second day of dressage, followed by Tim and “Obie” at number 60. Colleen Rutledge and Covert Rights will be in the final group on day two with number 78.

While Burghley is not streamed live, Burghley TV will post on-demand videos of every ride from all three phases. We’ll also once again be joining our friends at Horse & Hound in their live blog for all three phases, and Samantha Clark will be live tweeting at both @eventingnation and @samanthalclark. EN will also be running a live updates thread for cross country on Saturday.

Past Winners Return to Burghley

Seventy-four combinations in all are currently slated to compete at Burghley, though we are still anticipating some horses being withdrawn due to next week’s FEI European Eventing Championships at Blair Castle. Click here to see the full list of entries and their drawn numbers for the order of go.

Andrew Nicholson will unfortunately not be aiming for a fourth consecutive victory aboard Avebury following his neck injury at Gatcombe last month, but a slew of other past Burghley winners will compete in the event. William will seek a seventh victory at Burghley this week with four-star first-timer Fernhill Pimms (who is also listed as William’s direct reserve horse for Blair).

Five-time winner Mark Todd has Leonidas II entered in his quest to tie William’s record six victories. This horse placed fourth at Badminton earlier this year and is coming off a third-place finish at Barbury Castle in July, so we can expect Toddy to be very much in the thick of things.

Two-time winner Andrew Hoy will ride Rutherglen, who competed last year at Burghley but did not complete Capt. Mark Phillips’ course. Oliver Townend, who won in 2009 aboard Carousel Quest, has three entries in his stalwart campaigner Armada (who is listed as a reserve for Blair), CCI4* first-timer Samuel Thomas II and Harry Dzenis’ former ride Dromgurrihy Blue, who completed Burghley last year with Harry.

Pippa Funnell, who won in 2003, will compete Redesigned, who finished 16th in 2013. That horse is also listed as a reserve for Blair behind her direct reserve horse Second Supreme. (Pippa is slated to compete Sandman 7 on the British team at Blair; click here for a full list of Blair teams courtesy of Horse & Hound.) 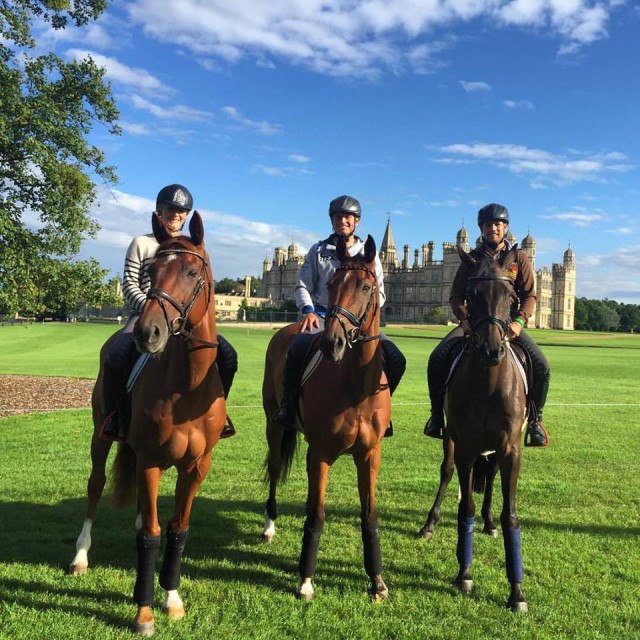 Burghley’s past winners will have to take on Michael Jung, who is making his first appearance at this event. There’s been quite a bit of chatter about The Terminator competing La Biosthetique Sam FBW and fischerRocana FST in three CCI4* events in just over fourth months.

Michael won Rolex Kentucky this April with Rocana and finished third with Sam. Then the horses also competed at Luhmühlen, where Sam finished third and Rocana retired on course after stumbling in a water complex and missing a jump. Now Michael is slated to make his Burghley debut aboard his 2010 WEG gold medalist Sam and his 2014 WEG silver medalist Rocana.

As for other notable combinations to watch, Sam Griffiths is competing with both 2014 Badminton winner Paulaunk Brockagh and Happy Times, Paul Tapner is sure to impress on Kilronan, and Nicola Wilson is entered to ride her Kentucky mount Annie Clover (who is also her direct reserve horse for Blair).

Jonelle Price is coming in hot with Classic Moet, who finished fourth at the 2014 World Equestrian Games in Normandy. Also keep an eye on Bill Levett and Improvise, Chris Burton and TS Jamaimo, and Tim Price and Ringwood Sky Boy.

If you have any questions about Burghley, please ask in the comments below. EN’s live coverage starts Wednesday with Samantha Clark at the helm. Be sure to keep it locked on EN and follow us on Facebook, Twitter and Instagram for up-to-the-minute coverage of #LRBHT.

09/02: This post has been updated to reflect additional withdrawals.