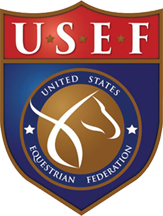 The United States Equestrian Federation has released a statement in response to the most recent proposed changes to eventing set forth by the FEI.

The formal response is as follows:

“As a community and a sport we are faced with a difficult challenge,” stated the USEF. “We are faced with a call for change but without definitive goals to achieve. Change for the sake of change is a dangerous proposition. We need to know where we are trying to get to before we can take effective steps to get there. The promised feedback from the IOC following the 2015 Sports Forum agreement is still awaited.

We are open to change for the sake of improving the sport of eventing, remaining in the Olympics, etc. but in the current environment it feels like we are tweaking the edges not changing the sport and we do not know if that is going to achieve the intended result.

It is felt that the “Presentation” of eventing is where greatest strides can be made. A new name will change little if the sport is not effectively presented. What can be learnt from other sports; for example sailing, who changed very little (apart from double points for the Medal Race) but fundamentally changed how their sport was presented during the Games. Better use of technology, exciting commentary from athletes and celebrities, use of cameras on horses etc. are all areas that need looking at.”

The USEF has also countered the FEI’s proposals with their support or explanation of why they do not support each item:

Three horse/rider combinations per team; plus a reserve: Not Supported

“This would make the sport about completion and not about competition. The statistics show very clearly that if there are 3 in the Team for cross-country with no drop score either a significant number of Teams will not complete or the cross-country will be dumbed down to an extent that the very essence of eventing is destroyed.”

Removal of the drop score: Not Supported

“In addition to the points outlined above, awarding points to horses that do not complete and/or allowing them to show jump only makes the scoring more complicated. It does not help simplify the presentation of the sport.”

Dressage in one day: Supported

“Consider shortening the test by removing the collective marks and the first halt.”

Cross-Country in one day: Supported

Jumping tests Individual and Team in one day: Supported

“We support the concept of jumping all team members consecutively, but not having them all in the arena at the same time. The team members should jump in reverse order of standing within the team. This would make the final phase and the medal decisions much easier to understand for the general public. We feel strongly that the Team medals should be decided before the individuals.”

“Jumping and dressage are single names for the discipline and we cannot have Triathlon as a single name for eventing (Equestrian is the Sport, Dressage / Jumping / Eventing are the disciplines / events). We would fully support the FEI seeking advice on how to more effectively promote and brand Eventing.”

“The name “Equestrian Triathlon” has been proposed. Is it the name that needs changing or is it that the equestrian community has never completely embraced the change from horse trials to eventing? It is not the name but the promotion of the identity of the sport, which is linked to that name, which is more important. Is adopting a new name going to change anything or just further divide the community and confuse the public?”