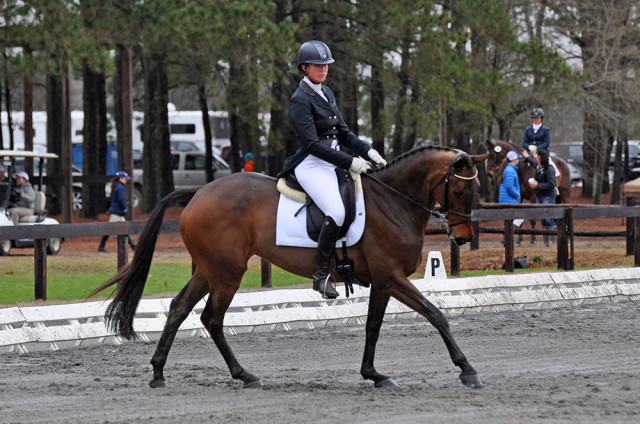 The Advanced divisions have wrapped up dressage already this morning at the Carolina Horse Park. Not surprisingly, Lauren Kieffer and the lovely Veronica, who is fresh off an Advanced win at Red Hills, put forward the best test in Advanced A while Erin Sylvester and No Boundaries set the standard in the Advanced B division right from the get go.

It’s been quite the cold morning and the sun is desperately trying to make an appearance. Despite cold fingers and clipped horses, the tests have been fairly good. 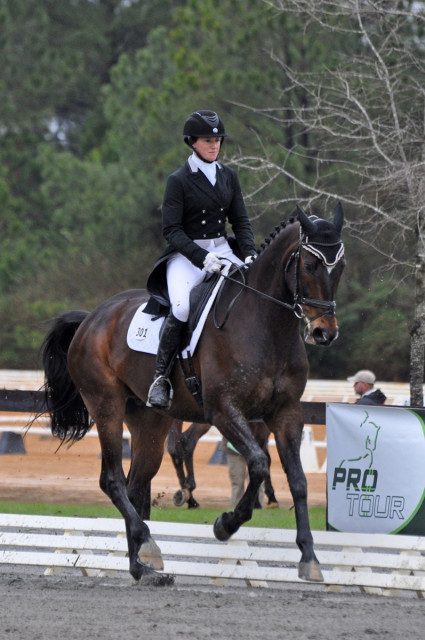 Erin Sylvester and No Boundaries. Photo by Leslie Threlkeld

In Advanced A, Courtney Cooper and her homebred Who’s A Star performed an impressive test to give them the early lead with a 30.2. They maintained their lead for a while before Michael Pollard and Carl Bouckaert’s Mensa threw down a lovely performance, earning a 29.6.

Near the end of the class, Team Rebecca LLC’s Veronica entered the ring and delivered her typical elegant, supple test. Despite a break in the first medium trot early in the test, Veronica edged ahead of Mensa to lead overnight on a score of 29.3. 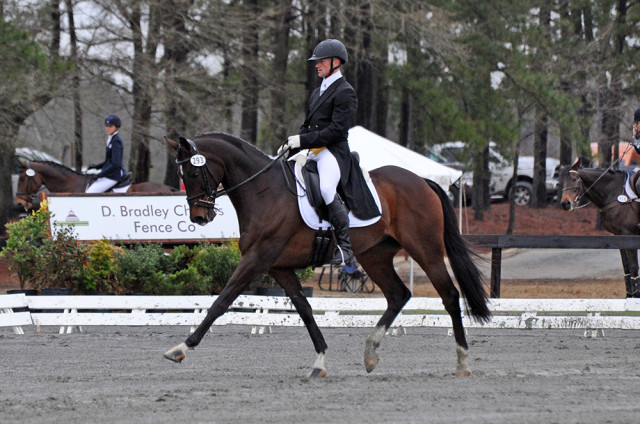 The scores in this division are close indeed, with the top four within 1.4 points of each other. The same goes for division B, which sees the top three within half a point of one another.

In Advanced B, Erin Sylvester and Jill Tallman’s No Boundaries, the 2014 SmartPak USEA Horse of the Year, snagged the lead as the first pair in the ring this morning, and no one could best their score of 27.5. I didn’t see the whole test, but overall “Bucky” looked very strong in his body and happy in his work. Erin was very pleased upon their final halt. 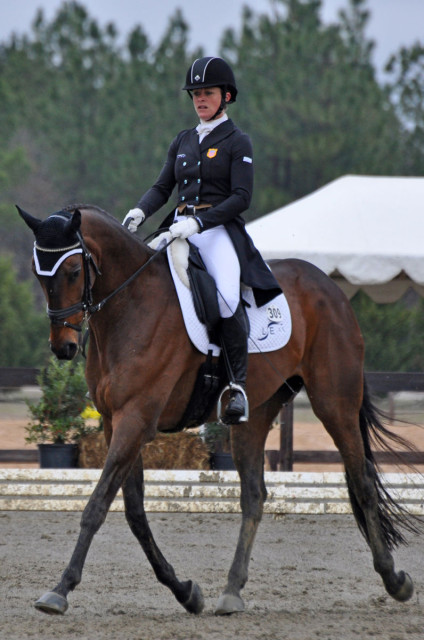 Lynn Symansky and her off-the-track Thoroughbred Donner are competing for the second time this season. After the World Equestrian Games in France, Donner got the rest of the year to enjoy some well deserved R&R. He returned to competition in February at Rocking Horse at Intermediate, where he scored a 26.7 on the flat. He and Lynn are continuing with their good work between the boards with a 27.7 this morning, which puts them in second place.

Manoir de Carneville is also having a great start to the season following time off after his own performance at WEG last August. He and Sinead Halpin won an Intermediate division at Rocking Horse in February and this morning scored a 27.8 for third place. Sinead will be kicking herself for forgetting the halt and rein back and receiving an error, which likely kept her out of the lead, but Tate looked great and pleased to be back in action. 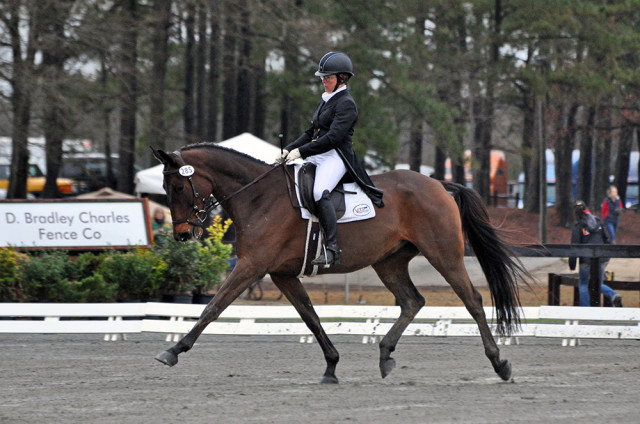 Courtney Cooper and Who’s A Star. Photo by Leslie Threlkeld

Lauren Kieffer is not out of the hunt in Advanced B, as she has Red Hills CIC3* winner Czechmate, owned by Court and Kylie Ramsay, sitting fourth on a 29.6. This is a competitive group so the next two days will be very exciting but also dependent upon the sort of prep run some riders plan to give their horses on cross country as the countdown to Rolex continues.

There are a number of horses entered at Rolex that are competing in the Advanced divisions this weekend including Sparrow’s Nio, HHS Cooley, Manoir de Carneville, Veronica, Ballylaffin Bracken, No Boundaries, Cool Decision and Cavallino Cocktail. These are all listed on the Rolex entry list as of this morning, and there are others who plan to go but have not yet entered. Lynn has also confirmed with EN that Donner “the flying deer” will be returning to Kentucky this year. 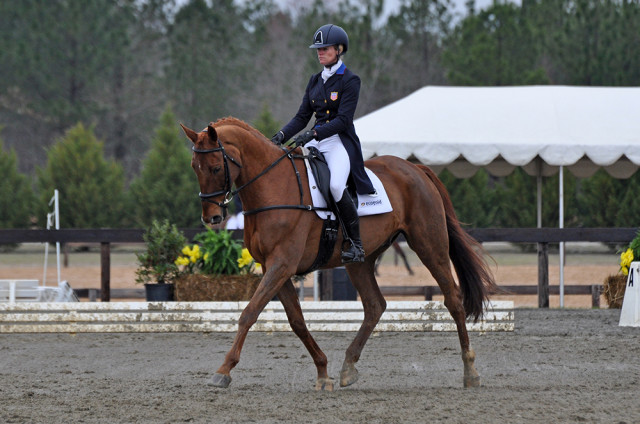 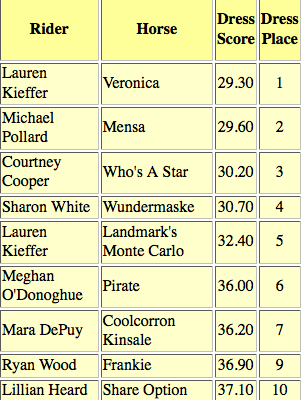 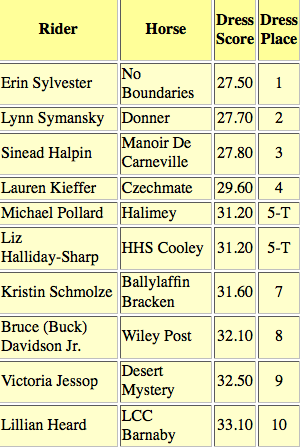