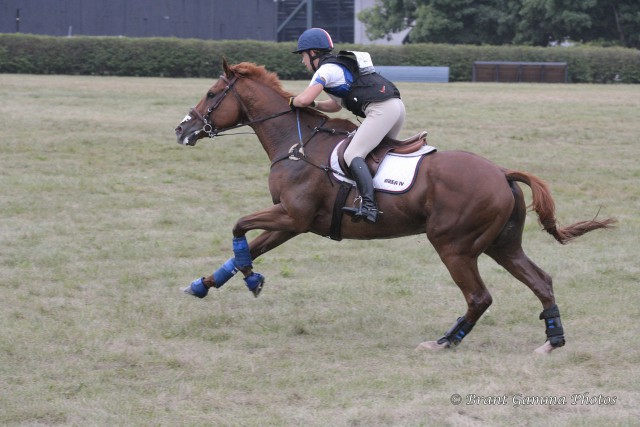 During a time when horse welfare and rider safety are a hot topic in eventing, FEI veterinary delegates Dr. Erin Denney-Jones and Dr. Eric Swinebroad detected a significant heart murmur in a horse slated to run in the CCI* at the Ocala Horse Properties International Festival of Eventing last weekend, possibly saving his life.

Sky Show, a 14-year-old Thoroughbred gelding, raced three times in Australia under the name Montoben before starting his eventing career. Scott Keach competed him at the CCI* level in Australia before the horse came to the States, when Lexi Scovil bought him as a Young Rider horse.

Lexi and “Chester” enjoyed a successful career together, capped off by winning team silver and individual bronze in the CH-Y** at the North American Junior & Young Rider Championships in 2012.

Chester was than leased to young rider Arielle Aharoni to help her realize her own NAJYRC dreams; they were hoping to qualify for the CH-J* this summer by running the CCI* at Ocala. That all changed during Chester’s in-barn examination after arriving at the Florida Horse Park.

“I’ve known the horse forever,” Lexi said. “He’s full Thoroughbred, and he’s always been a really fit horse and easy to get fit. He has always recovered well after cross country. With him running FEI events for many years, his heart has been checked many times, and no one has ever noticed anything unusual.” 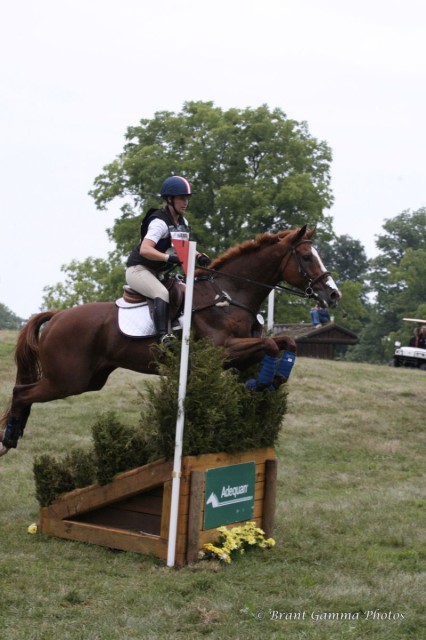 But Dr. Denney-Jones identified two heart murmurs during Chester’s in-barn exam. She called Dr. Swinebroad, an internal medicine specialist, over for a second opinion and to better define the murmurs, which they classified as a left-sided II/VI systolic (decrescendo) murmur and a right-sided V/VI pan-diastolic (machinery) murmur.

“We made the recommendation to Wayne Quarles to suspend the horse from competition pending a cardiac ultrasound examination, as the murmurs were consistent with a couple of different diagnoses, one of which (aortic-cardiac fistula), though rare, would have a high risk of sudden cardiac death,” Dr. Swinebroad said.

Chester was then taken to Peterson & Smith Equine Hospital in Ocala, where internist Carol Clark performed a cardiac ultrasound. She asked to send the images to Dr. Virginia Reef, a prominent equine cardiologist at the University of Pennsylvania’s New Bolton Center, for a second reading.

“It was a bit of a shock when Dr. Reef told us to absolutely not ride the horse, not just at Ocala, but ever again,” Lexi said. Dr. Reef discovered that Chester had blown an aneurysm and was bleeding into the lining of his heart, and he was at a high risk for sudden death.

Due to the severity of the heart condition, Chester was immediately withdrawn from the competition at Ocala and has now been permanently retired to Lexi’s parent’s farm in south Georgia, where he will live out his days in a field with “his girlfriend,” Lexi’s retired Advanced mare.

“When they tell you your horse might die if you keep riding him, it’s a pretty easy decision to make,” Lexi said. “There is nothing in the world that would make the risk worth it for us.” 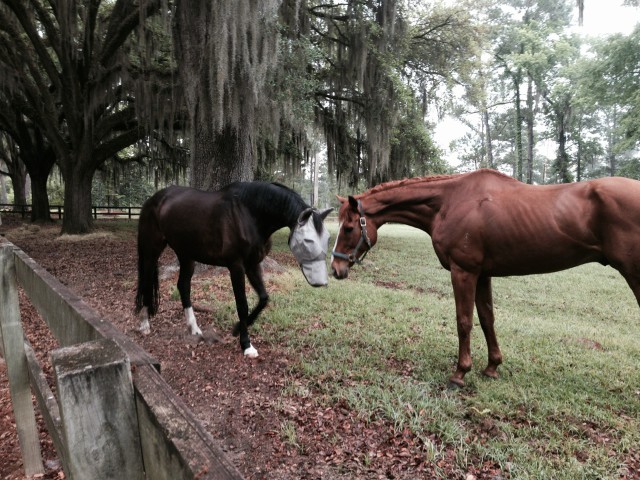 Lexi said all the vets involved made a difficult and emotional situation much easier to handle, and she’s very grateful to them for discovering the heart murmur and handling the situation so swiftly and professionally.

“It is interesting that the ‘significant’ murmur was only auscultable (heard) from the horse’s right side,” Dr. Swinebroad explained. “That isn’t an unusual finding, as tricuspid and aortic valve insufficiencies may only be ausculted via the right side, and the murmur would have been overlooked had the examining veterinarians only listened to the horse’s heart sounds from the left thorax.”

The fact that Dr. Denney-Jones listened to both sides of Chester’s heart during his in-barn examination might have saved this horse’s life — and prevented a possible tragedy on cross country at Ocala, a fact for which Lexi said she is forever grateful.

“I hope that catching these things early can give us a better indicator of how to avoid horse deaths on cross country. If he’d just been competing at Prelim that weekend, he would have ended up running cross country, but because he was competing in the one-star, he was examined by a vet,” Lexi said.

“It made me really thankful to have in-barns at the beginning of FEI events. I’ve always thought of in-barns as a formality, but it’s made me appreciate their purpose.”