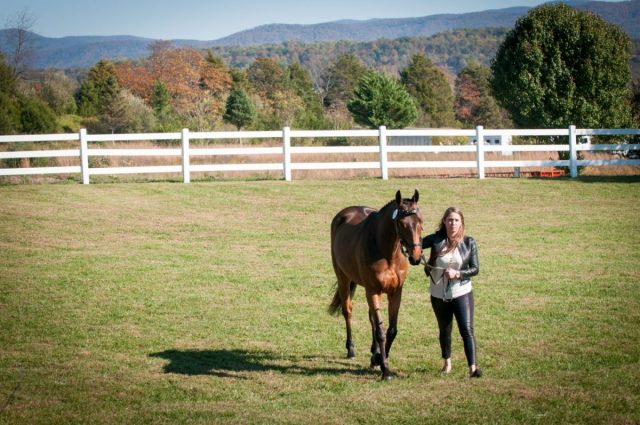 A new venue has been secured for the The Dutta Corp. USEA Young Event Horse (YEH) East Coast Championships for 2020, which was originally set to take place alongside the postponed inaugural Maryland Five-Star at Fair Hill. In the interest of rescheduling, the USEA reviewed several expressions of interest from East Coast organizers and ultimately recommended the bid from the Virginia Horse Trials.

“We’re very happy to be able to keep the YEH [East Coast] Championships going during these difficult times,” said VHT organizer Andy Bowles. “We will ensure that people feel valued and their experience at Virginia is one that they will remember. Our aim is to run the dressage in the grand prix dressage arena and the YEH cross-country will be across the street on Oak Hill, so the course doesn’t feel cluttered amongst all the national classes.”

The 2020 YEH Championship judges originally contracted were Chris Ryan (IRL) and Debbie Adams (USA). Unfortunately, due to COVID-19 travel restrictions, Ryan will not be able to travel from Ireland to judge this year. However, The USEA Young Event Horse Committee and the USEA Executive Committee voted to approve Peter Gray (CAN) as the new YEH judge for 2020. Adams will judge the dressage section while Gray does the conformation section, and then the two will judge the jumping/galloping phase together.

“As we all navigate and adjust during the unprecedented times, we want to thank the USEA, the YEH Committee, and the Virginia Horse Trials organizing team for coming together to keep The Dutta Corp. USEA Young Event Horse East Coast Championships on the calendar. We look forward to seeing everyone in October,” said Tim Dutta of The Dutta Corporation.

New Qualification Criteria: Due to COVID-19 and the loss of some YEH qualifier competitions, the YEH Committee also recently voted to ease the YEH Championships qualifying score to a 70% for both the 2020 East and West Coast Championships. In 2021, the qualifying score will go back up to 75%, but for 2020, horses will need to earn one score of 70% or higher at any YEH qualifier competition. All competitors who are currently qualified will be contacted in the coming weeks, and the YEH qualified horse list will be updated.

What’s at Stake: The Holekamp/Turner YEH Lion d’Angers Prize and Grant is awarded to the highest placed horse from the USEA YEH 5-year-old Championships, who two years later, is qualified and willing to compete in the FEI Eventing World Breeding Championships at Le Mondial du Lion d’Angers in France. North American bred winners will be awarded $17,500 in aid; imported winners will be awarded $8,000. New for 2020, title sponsor The Dutta Corp. is offering a round trip flight to the Holekamp/Turner Grant recipient to travel to Mondial du Lion.

We look forward to it. Go Eventing!