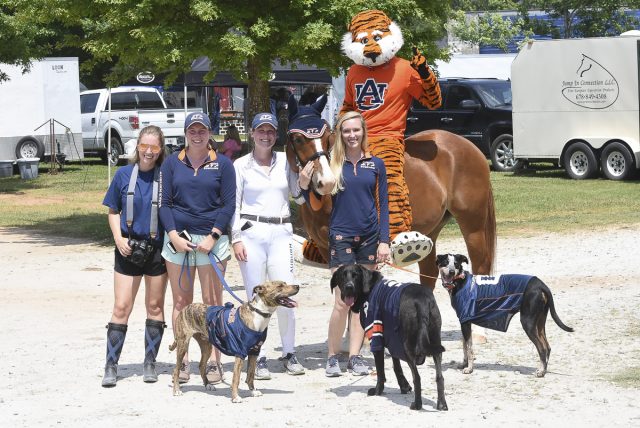 Auburn University had a special visitor yesterday at the USEA Intercollegiate Championships, Aubie the Tiger! With their famed mascot in the flesh, the defending champions marched straight into the lead after day one on a team score of 92.6. 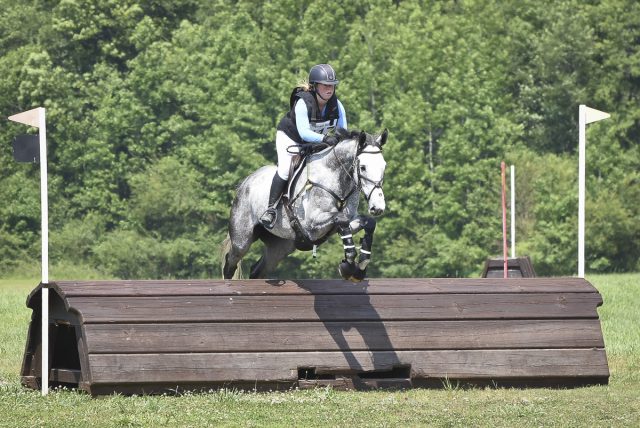 Sallie Johnson and Things to Ponder. Photo by Shelby Allen.

“My horse was incredible. On cross-country, he was an absolute beast and it felt really good all the way around,” team member Sallie Johnson said. “It’s awesome being here with Auburn. As a senior, and someone who’s been to the Intercollegiate Championship every year, it’s so cool to see how it’s developed. We went from having one team the first year, to one again the second, two the third, and now having three full teams is pretty cool to see how far we’ve come.” 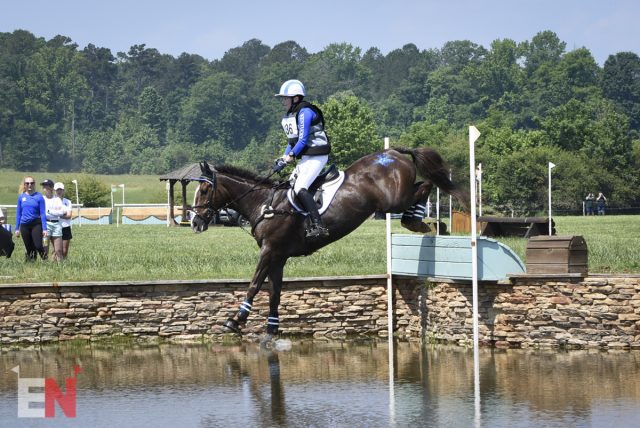 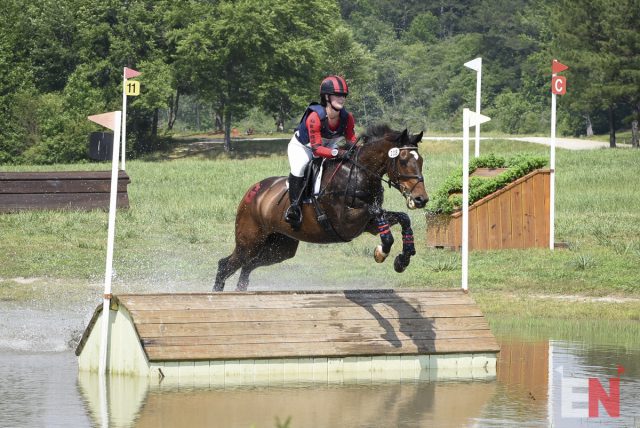 Scores are tight, and there’s not much room for error. There’s plenty to be played for today! Here’s who else is in the hunt:

The University of Auburn’s Blue Team is fifth on 95.8 points with Cari Budny, Maris Barden, Sallie Johnson and Jennifer Mulholland.

The University of South Carolina at Aiken’s Red Team is seventh on 100.8 points with Bailey Hamilton, Virginia Quarles, Sophie Miller and Kristen LaVassar.

Auburn’s Tiger Team is eighth on 105.2 points, The University of South Carolina at Aiken’s Blue team is ninth on 106.5 points, and Transylvania University is 10th on 106.6 points.