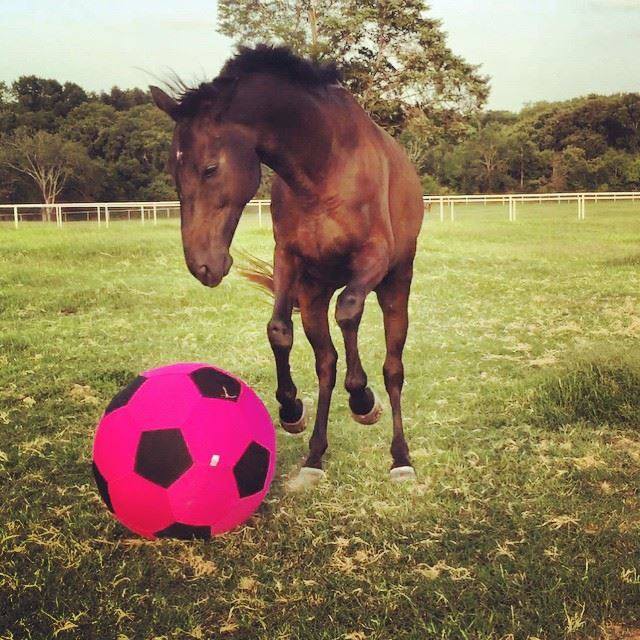 I’m using the lull in the event season to make some major strides forward in planning my November wedding, and I’m not enjoying it nearly as much as I should. I can talk all day about the advantages and disadvantages of one brushing boot over another, or debate the merit of going to Richland Park versus Five Points, but put napkin colors in front of me and my overwhelming thought is ‘I really don’t care.’ Thank goodness for the Pan American games and NAJYRC coming up next week, they will be exciting enough to distract me from my wedding minutiae.

Apparently fence type is not a major contributor to rotational falls. Charles Barnett, who has undertaken a comprehensive safety study on behalf of the FEI, has reported that fence type accounted for only 10% variability in rotational falls. Types of fences that had the most likelihood of creating a rotational? Corners, square spreads, upright post and rails, jumps into and out of water, jumps on a downhill slope, and any jump approached too quickly or too slowly. That narrows it down, doesn’t it? [Fence Type Not a Major Factor]

Tori Colvin’s ride Clearway is a ham. Apparently, Clearway knows who rules the barn and is always striking poses. Despite being one tall dude at 17.2 hands, he’s fairly narrow and intent on maintaining his slender figure by fasting despite all temptations. [Behind the Stall Door: Clearway]

This week in Horse & Hound’s Numbers: Barbury Castle promises to be a large event, as 43 pairs were balloted out of the entries for this weekend.  [Eventing in Numbers]

Ice Horse is bringing you more options than ever before. As the official cold therapy provider for the Canadian Pan American team, Ice Horse is always looking for ways to improve their product. Their recent innovation allows ice packs to be placed directly on the leg instead of inside a sleeve, all without losing the breathable elasticity provided by the outer wrapping. [Ice Horse Press Release]

Sean McQuillan expounds the value of sports psychology. Ten years ago, Sean was forced to look into sports psychology after a nasty fall let his cross country anxiety get out of control. Learning how to focus on the positives helped him master his fears and he identified with Michael Jung as the rider played it cool and confident after a hold on the Rolex course. [Drawing Inspiration from Michael Jung and an Animated Turtle ]

SmartPak Product of the Day: I used to be pretty adamant that 1” Prince of Wales spurs were all I needed. My trainer finally convinced me to try something longer, like these spus from SmartPak, and it was like a lightbulb went off. All of a sudden my short legs were communicating to my horse’s round barrel because the spurs finally reached his side. [SmartPak]

Because sometimes, we all need a few chills running down our spine.