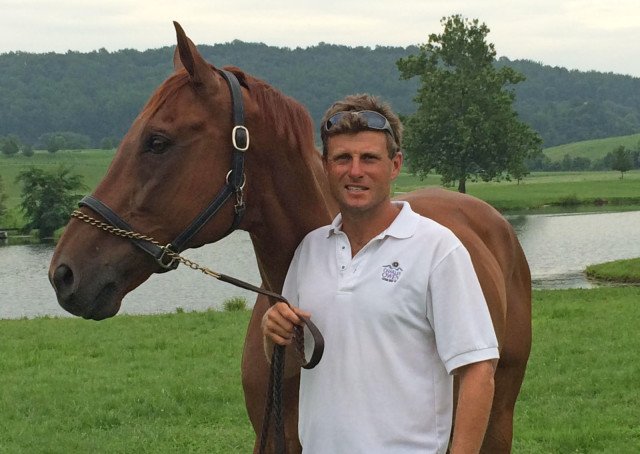 Boyd Martin has a new upper-level ride in Blackfoot Mystery, an 11-year-old Thoroughbred gelding previously campaigned through the CCI3* level by Kelly Prather and owned by the Blackfoot Mystery Syndicate.

He’s had room to grow in his upper-level string since selling Trading Aces and finding a new rider for Otis Barbotiere earlier this year, and Blackfoot Mystery joins Boyd’s program at a strategic time with the Olympics in Rio de Janiero just over 12 months away.

“Kelly has been doing some jumping with me in Pennsylvania, and I was very attracted to the horse because he has that championship look about him,” Boyd said. “He’s an American Thoroughbred, and he’s got that big-boned, old-fashioned Thoroughbred look. He’s very strong in all three phases. Kelly’s done an outstanding job producing him.”

A 17.2-hand gelding bred in Kentucky (Out of Place – True Mystery, by Proud Truth), Blackfoot Mystery raced three times in 2007 before Lisa Peecook bought the horse and took him to California, where she competed him through the CCI1* level. Kelly, a California native who is now based on the East Coast, competed him occasionally for Lisa and ultimately fell in love with the horse, buying him in the spring of 2013. 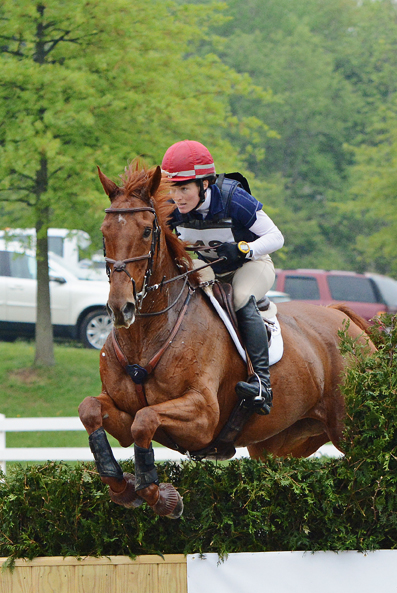 Kelly took Blackfoot Mystery through the Intermediate, Advanced and ultimately the three-star level. The horse finished fourth in his first CCI3* in May at the Jersey Fresh International Three-Day Event, which helped land Kelly a spot on the USEF Eventing High Performance Training Lists.

“Selling him was probably one of the hardest decisions I’ve ever made, but it was a decision I needed to make at this point in my life,” Kelly said. “He’s a pretty special horse, so I won’t look for another horse to replace him by any means. My plan is to buy a couple young horses now. I love producing and making young horses.”

“This will allow Kelly to reinvest into younger horses,” Boyd said. “For me, I’m trying to put together a group of top class horses for the Olympics next year. This will be the first off-track Thoroughbred I’ve syndicated since Neville Bardos. I don’t think horses of this caliber come up for sale very often, and I feel incredibly lucky to have the ride on him.” 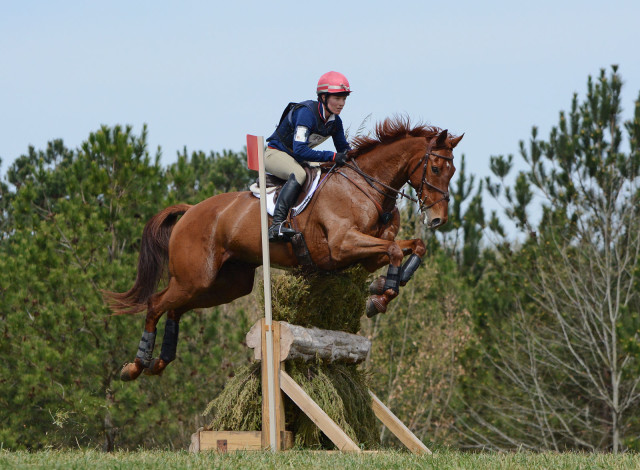 Kelly Prather and Blackfoot Mystery at The Fork. Photo by Jenni Autry.

Two of Boyd’s longtime supporters helped him buy Blackfoot Mystery, and now he’s looking to syndicate the horse, something he has done very successfully with other horses in his program. All five of his syndicated horses have been named to major championship teams: Neville Bardos, Otis Barbotiere, Trading Aces, Shamwari and Pancho Villa.

Boyd said he is looking forward to getting to know Blackfoot Mystery, and to that end he brought the horse to Team USA’s Pan American Games training camp at Morningside Training Farm in The Plains, Virginia, this week to get in some lessons with David O’Connor and jump schools with Silvio Mazzoni.

Blackfoot Mystery is already qualified for next year’s Rolex Kentucky Three-Day Event, and Boyd said he will aim for the Dutta Corp Fair Hill International CCI3* this fall and then look ahead to taking the horse to his first CCI4* in Kentucky in 2016.

“I was a big part of his life for a long time, and I wish Boyd the best of luck,” Kelly said. “I hope Boyd does get to go do big things with him because that would make me more happy than anything.”