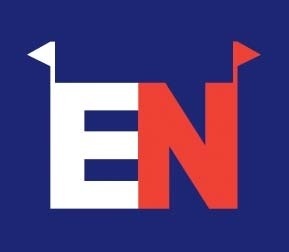 Good morning EN! I feel so honored to be writing the first post many of you will see on our brand new site that has been months and months in the making. All of the EN chinchillas have been acting as design guinea pigs to help decide on the nuances of the final look, while John, Jenni, and Visionaire have been working really hard to make the new launch happen. All of us are beyond excited and we hope you are too! Make sure to check out this post to read about all our new features and the layout. Happy clicking!

Rebecca Farm will not be hosting a CCI3* at their flagship event this summer. This means that there will be only three total CCI3* events in the entire country in 2014: Jersey Fresh, Fair Hill, and Galway Downs. While three may sound paltry, in fact that is the same number of CCI3* events that will run in Britain this year. And in addition many American pairs usually make the trek up to Quebec to compete in the CCI class at Bromont, so riders will still have the opportunity to choose among four chances to contest a CCI3*. It will be interesting to see if Rebecca adds their CCI3* division back during years in which international events like the WEG won’t be stealing away entries, but only time will tell. The event will still offer a CIC3* and both a CIC and CCI at the one star and two star levels, meaning it will still be an ultimate destination event with a huge variety of competitors. [USEA]

Master Imp has been named the top sire of British event horses. The stallions are ranked by British Eventing by the number of points their progeny accumulated over the course of the yearlong competition season, and Master Imp’s offspring accumulated 1,737 BE foundation points in 2013. Irish studs ran away with the show this year, as seven of the top ten stallions are Irish-based. Many of the stallions on the BE list are also featured in the WBFSH top 10 eventing sire rankings for 2013, though Master Imp was pushed down to second place on that list by the thoroughbred sire Heraldik. [Irish Independent]

Heidi Siegmund has been awarded the 2014 young adult Worth the Trust Scholarship. Heidi wrote an application essay about a serious injury she sustained last year that derailed much of her 2o13 competition season with her mare, Sierra. Even so, Heidi managed to make comeback and accomplish her goal of competing at the Prelim level before the year ended. She plans to use the scholarship to ride with clinicians and continue to pursue her immediate goal of completing a CCI1*. Click to read her whole essay on the USEA website. [USEA]

This week on the Eventing Radio Show: Riding for charity, a new idea for the AECs, and wintering in Florida. Hosts Samantha and Jess start off the episode talking with Rick Wallace about eventing in Florida, and then interview Emily Roepke about her novel idea for the AECs. Finally  they are joined by Amber Warren from Justworld International, a prominent fundraising charity in the show jumping world, to discuss raising the organization’s profile in the eventing world. [Eventing Radio Show]

Calling all Area IIers: Daniel Stewart is coming back for a clinic. Daniel Stewart is a sports psychologist who has a regular column on the USEA website, and he will be hosting a clinic in Area II next month. The clinic a two-day mounted and unmounted affair titled “Sports Psychology and Rider Fitness Symposium” and will take place in Greenville, VA. Click for information about how to enter. [Area II Eventing]

This week on SmartPak’s “Ask the Vet:” Demystifying daily dewormers. Dr. Lydia Gray takes on a question concerning feeding a wormer every day while also administering a paste wormer every other month. Dr. Gray notes that worming schedules depend on your horse’s circumstances, and that daily dewormers should be part of a larger program instead of acting as a replacement for the paste wormers. [SmartPak Blog]