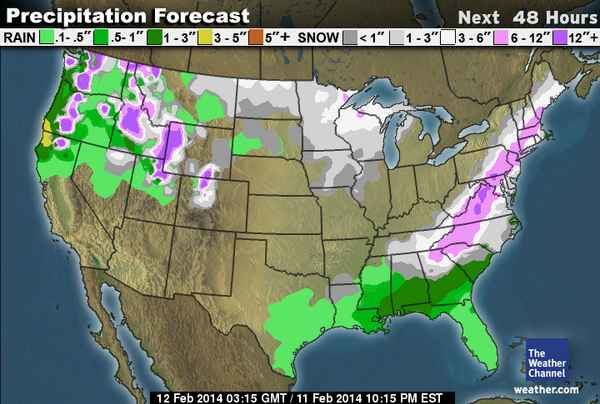 Good morning EN, today is yet another day of snowpocalypse across America- or at least the Northwest and East Coast. I’m currently in Aiken stocked up on a blankets and batteries, crossing my fingers that the predicted ice storm doesn’t knock out my power. Due to the promise of bad weather, the second planned High Performance Aiken training sessions have been postponed for a day. It appears that the plan is to hold the sessions on Thursday, however judging from the forecast even that seems like it will be iffy. For those interested in attending, be sure to check the USEF Eventing High Performance Facebook page for updates. Speaking of the High Performance page, yesterday it was posted that Silvio Mazzoni will be Team USA’s new show jumping coach. Mazzoni is an Argentinian eventer and successful Grand Prix show jumper. Best of luck to the new coach!

Remember when the Connecticut Supreme Court took up the question of whether or not horses are “inherently dangerous” animals? The CT governor has taken the matter into his own hands. If horses are considered “inherently dangerous,” then there could be potentially devastating consequences for horse owners who would suddenly find their horses and riding operations pretty much uninsurable. In order to save the state’s horse industry, the governor has introduced legislation clarifying that domesticated horses are not wild animals, and as such not “inherently dangerous.” The bill is currently being considered by the state’s General Assembly. [Horsetalk]

A British woman had admitted to “riding furiously.” The charge, based on a law 167 years old,came after the woman was reported to have ridden by other riders on trails at excess speeds, spooking their horses while she shouted at her own. And of course like many news stories these days, this one has a social media aspect: apparently the charges were brought after a Facebook campaign against the woman in question escalated to the point that her safety was threatened. She will pay a small fine. [Horsetalk]

Help support Elyse Leduc, a Canadian rider who was injured in a serious car accident earlier this week. EquineLUX is donating 20% of its sales to Elyse’s recovery fund, which will go towards caring for her horses while she remains in the hospital. In addition, there will be an online auction that you can donate items to up until February 26 and purchase items from beginning on March 1. [EquineLUX] [Auction for Elyse Leduc]

This week on SmartPak’s “Ask the Vet:” Hind Luxation. Dr. Lydia Gray takes on a question from a reader about what supplements will help with hind lunation. The bottom line: no supplement is a good as conditioning and a work schedule.  [SmartPak Blog]

Today’s video comes courtesy of RNS Video, who was filming out at the Ocala Horse Properties HT last weekend. Check out this footage of the Intermediate water complex from the Intermediate division that ran as a one day last Friday.