It’s a bustling weekend for eventers in North America this weekend as horses and riders prepare for both the Pan American Games and the FEI North American Junior and Young Rider Championships.

The NAJYRC jog completed around 3:30 p.m. EST, and we’ll have a full report from the day’s activity from Samantha Clark coming your way shortly. 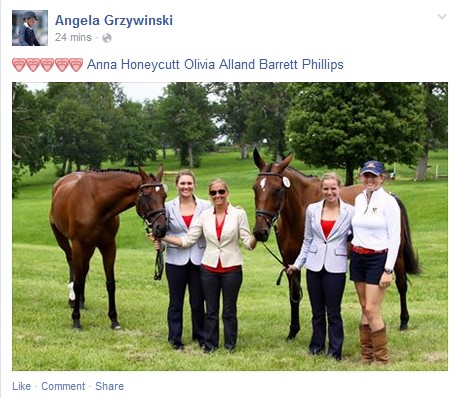 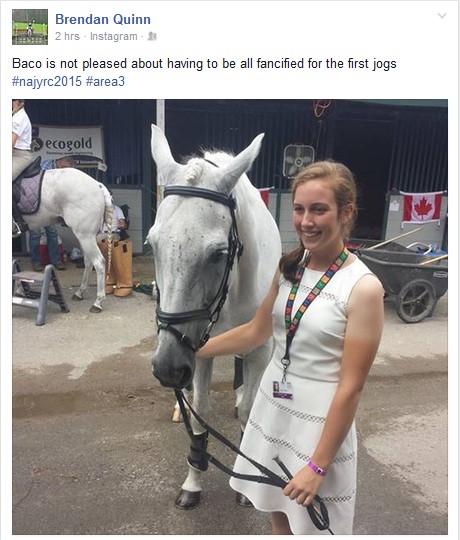 Last night, the NAJYRC competitors had their opening ceremony, and naturally the eventers brought the party — or is it just Area II coordinator Meg Kep and coach Sinead Halpin? That remains to be decided…

Our good friend, The Horse Pesterer, is at Kentucky Horse Park and has already uploaded videos from each area’s opening ceremony — thank you, David! We applaud you. You can check out the full playlist here.

We also have to give a big shout-out to Samantha’s daughter, Lily, who has been uploading photos left and right to EN’s Instagram. Be sure to follow us here for more behind the scenes action.

Meanwhile, FEI Steward Bill Kraatz is definitely not Chinch’s biggest fan, but we have a feeling we’ll convert him before too long. Watch out, Bill! 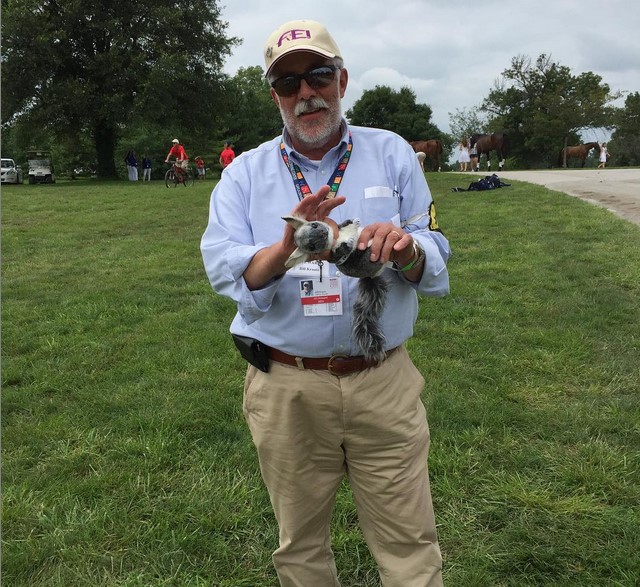 In other news, Chinch’s badass, All-American cousin, Mack, has just landed in Toronto and is already rubbing elbows with Pan Am athletes. 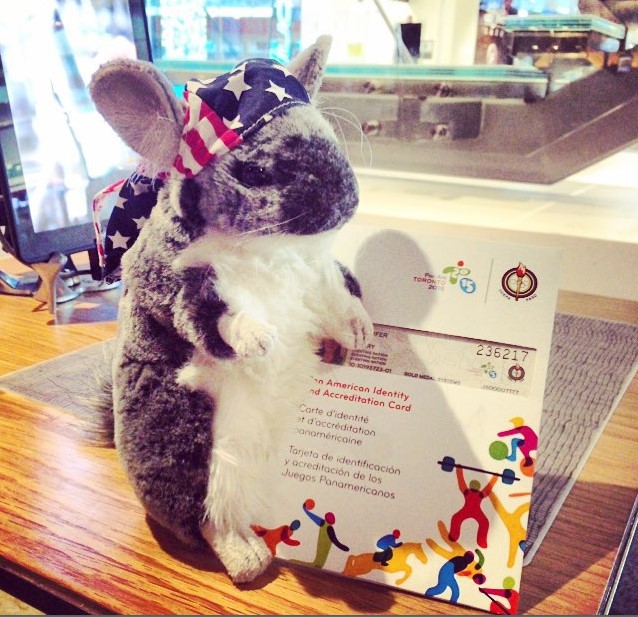 Mack is ready to represent Team ‘Murica all the way. Photo via EN’s Instagram.

What can we say, he’s kind of a big deal. Just don’t tell Chinch while he’s off rubbing furry elbows in Kentucky. 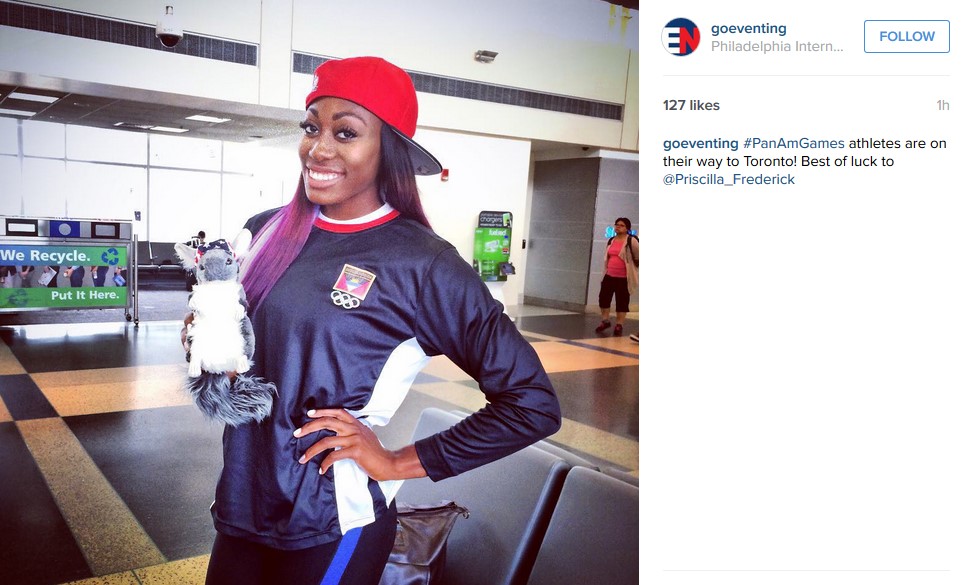 All is relatively quiet in Team USA’s barns as the Pan Ams team settles their horses in and prepares for the first trot-up tomorrow.

The horses still got out to stretch their legs today, though, and look to be taking in the sights quite well, as we expected!

Some scenes from Tuesday at TORONTO 2015 with the Land Rover U.S. eventing team.

We’ll have much more coming your way as both competitions begin in earnest. We can’t wait to get this party started! Go Eventing.