Indeed, the course is run on a sort of horse trial Heartbreak Hill; the first half literally just goes up and up and up. Emily Cox’s helmet cam video from last weekend’s event offers a great perspective … 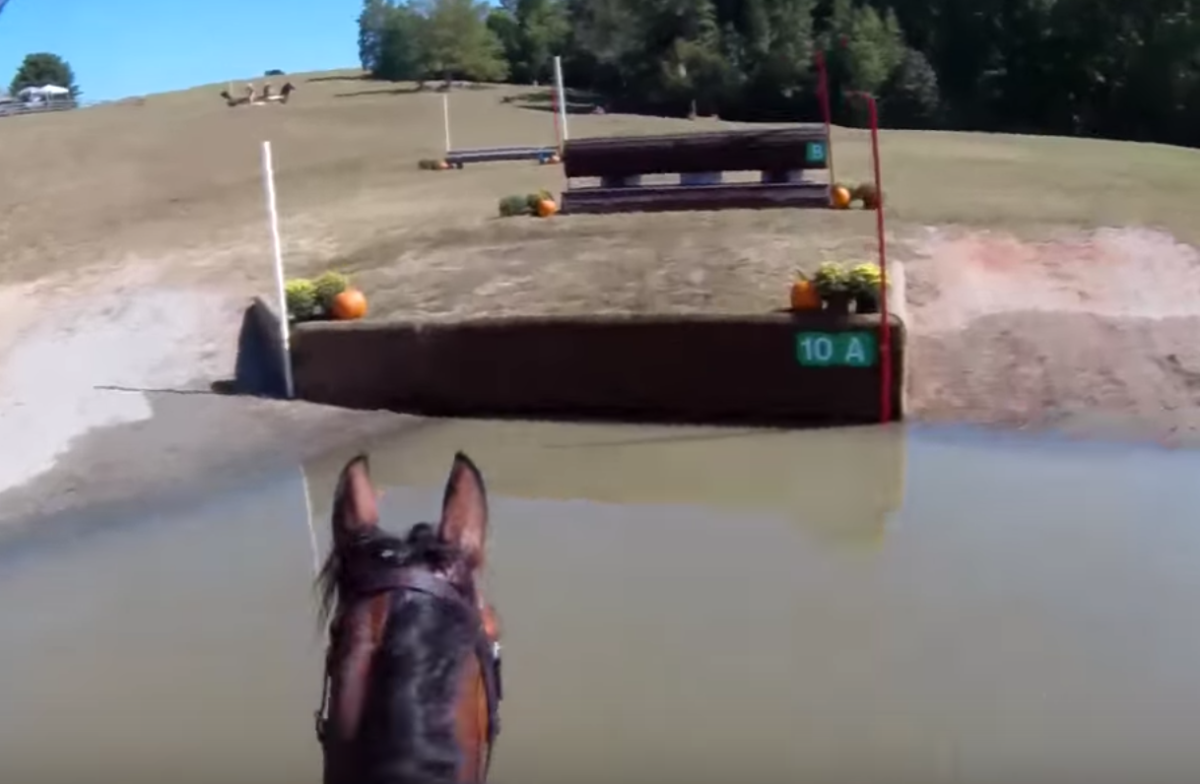 … and she and FR’s Check It Out Now look to have had a great trip. The pair finished 6th in the Open Prelim division — congrats, Emily and “Billy”! Check out this video of their round:

“This was Billy’s first prelim and my third,” says Emily, one of several University of Georgia Event Team riders we spotted at TR&HC H.T. “The previous two attempts I’ve made at this level did not end well, so for Billy to jump clean in cross country and stadium exceeded all my expectations for him. He’s such a cool horse with the best attitude and, as you can tell by his ears, he truly loves his job.”

This was Emily’s first time using a helmet cam and it slipped her mind to turn it on until after fence #4. She walks us through the rest of the course:

“Billy only had one green moment on the course at fence 7A and B. He was going a little too forward at A and I couldn’t quite get him back for the turn to B. However, I was able to get him back and make some quick maneuvering to avoid crossing my path. The rest of the course he was perfectly on point to every fence. His greenest moment on course was when he spooked hard at the tent at the finish flags and I nearly came off, but I’m not too concerned with that.” 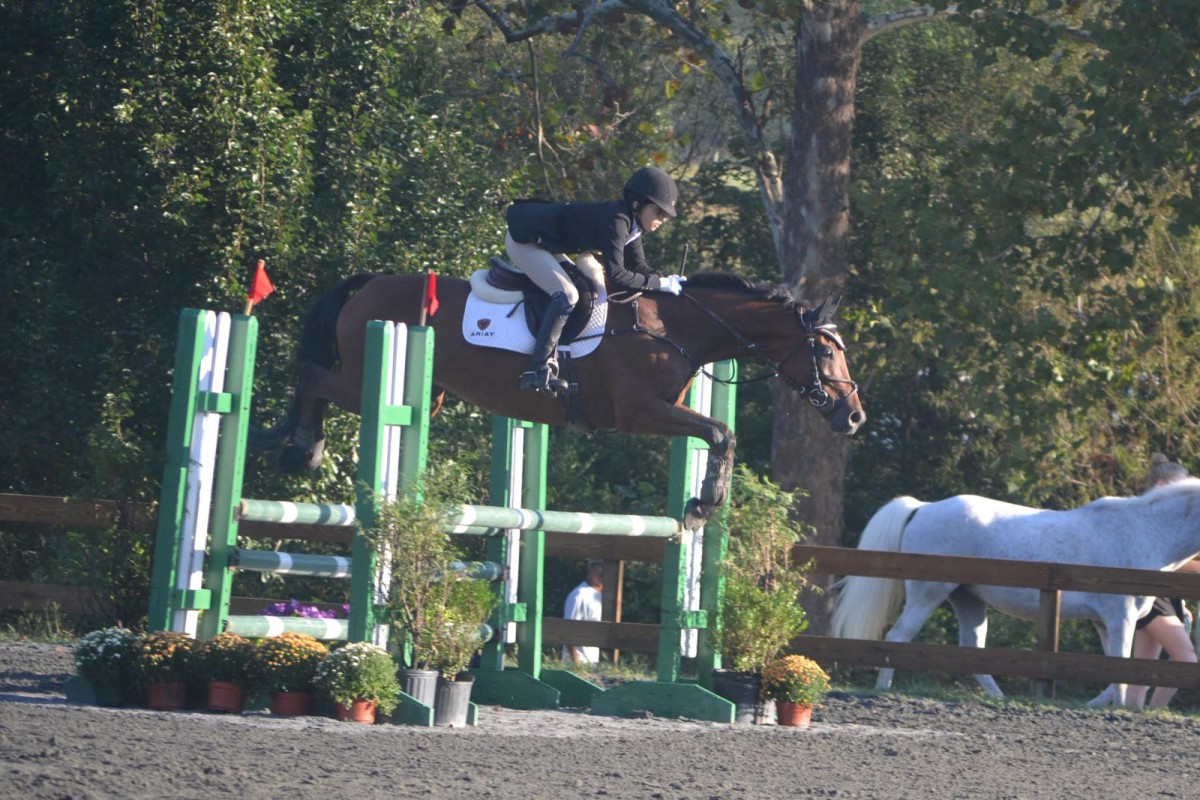 At this same show last year, Emily and Billy completed their last Novice, placing fourth in a large division.

“I really enjoyed the course and the facility so I was excited to come back at another level,” Emily says. “Billy has progressed so quickly since last year. His did his first Training in March and six total and jumped clean on cross country at every one of them, with the last few seeming a little too easy for him. 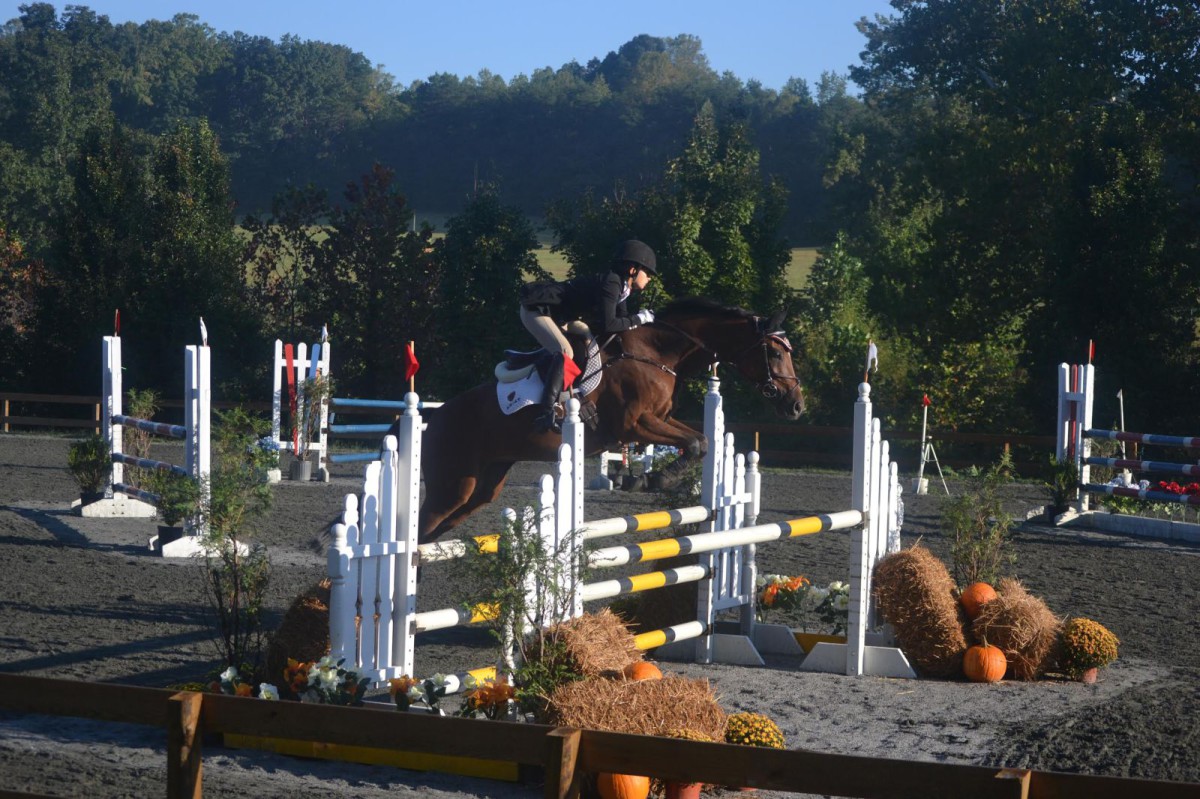 “It was a no brainer to move him up this weekend, and I’m glad I did. He hit every fence out of stride in stadium and cross country and I couldn’t be more proud of him. At Training and Novice, stadium was our least favorite phase — he would often get nervous and distracted in the ring and not quite pay attention, making it a little bit of a struggle to keep him together and picking up his feet.

“However, our stadium this weekend was by far our best and he was 100% on in the ring. He’s got quite a bit of work to do to be more competitive in the dressage at this level, but we’ve got a few weeks before our next outing at Paradise Farm to try and get a lower score.” 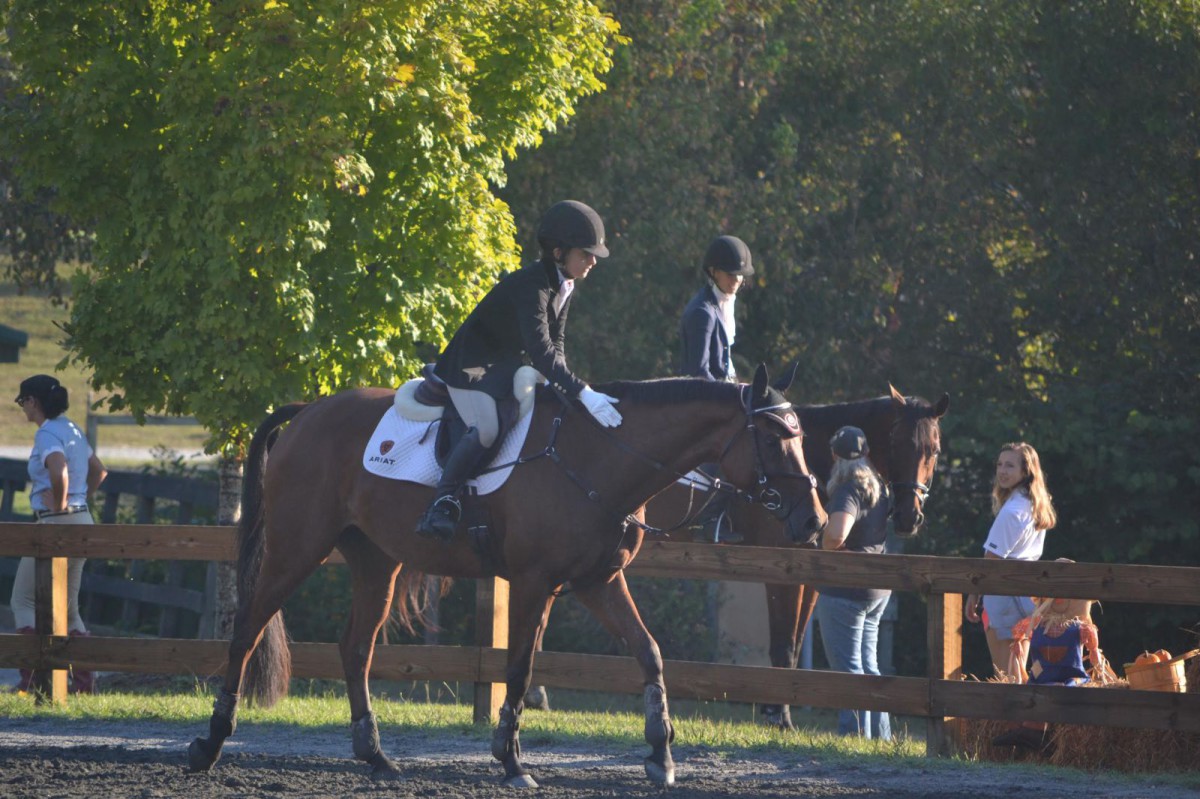 Emily has owned Billy for two years now, having purchased him from Kyle Carter in 2014 (hence the Five Rings prefix). Emily says that while it took a while to figure one another out, it feels like they are now officially a team.

“This weekend solidified my faith in Billy that he’s really got what it takes to do this job,” she says. “For now we’ll keep building up his prelim experience and hopefully qualify for Red Hills and Virginia in the spring.”

Best of luck to Emily and Billy! Go Eventing.