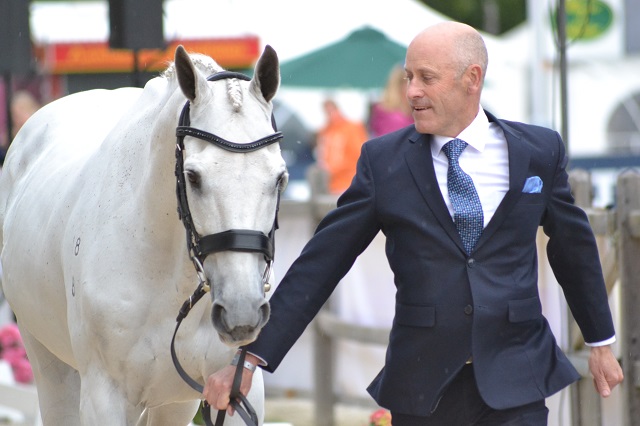 Tributes have been paid to diminutive Thoroughbred Algebra (Azzaam x Sand Dollar, sire unrecorded) following his passing on Tuesday at the farm of owner John Glenn and Julia McLean. The gelding enjoyed an exciting career and achieved global stardom after joining Andrew Hoy‘s string in 2015, promptly winning the CCI4*-L at Montelibretti and going on to take Haras du Pin CCI4*-L that summer. He went on compete through his nineteen-year-old season, ultimately retiring on his 20th birthday in 2017.

“The 15th November has been a memorable date — it was “Mr Pocket Rocket’s” birthday and his ‘retirement party’ date at the age of 20,” writes Andrew in a touching post on his social media. “The 15th November 2022 — on his 25th Birthday — is where the journey ended and he passed away at John & Julia’s beautiful farm — where he has been bossing around the young horses right until the end!” 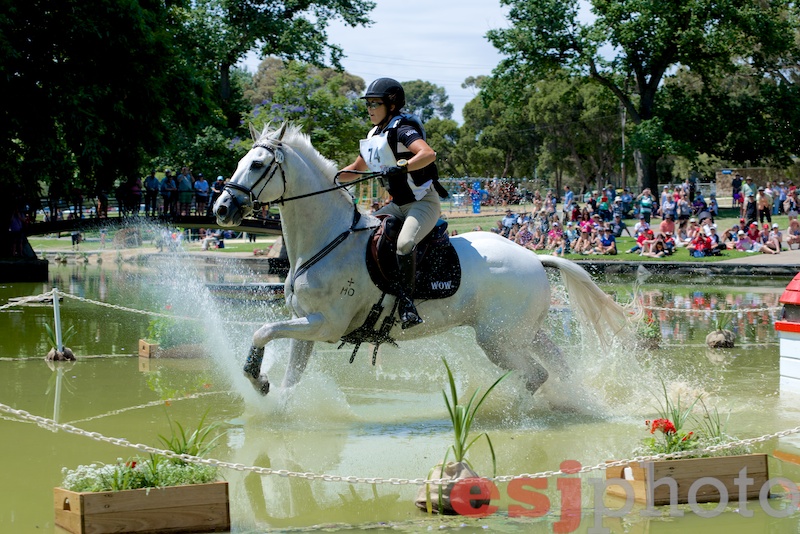 Andrew took the reins after Algebra had already enjoyed a successful, vibrant career with student Natalie Blundell, who produced him through to five-star level. Their debut at the level would come at Adelaide in 2010, where they finished eighth. They followed that up with a fourth place finish in 2011 and second place in 2012, following a campaign for Olympic selection. Though their Badminton debut in 2014 was cut short by a horse fall across the country, they rerouted to Luhmühlen the next month and were thirteenth in a hot field. After a non-completion at Burghley that autumn, Andrew took over the ride, and after a trip to Luhmühlen in 2015, focused on campaigning the horse at the four-star level.

“He certainly was the most special character and I have so much to thank him for — we had an amazing time together and some pretty remarkable results. I was so lucky to take over the reins from my most wonderful student Natalie Blundell at the end of 2014 — she produced him all the way from Grassroots to 5* level.”

“2015 was ‘our year’ — with winning the CCI4*-L at Montelibretti and also the CCI4*-L at Haras du Pin,” he continues. “Steffi and I had arranged to catch up with John & Julia, now proud owners of our beautiful girl Byebye Brisquenouille on Tuesday, the 15th, this week — so it was somehow fitting that we could be there to raise a glass with them and share memories of this most amazing little horse, that has touched all our hearts and given all of us the most wonderful experiences and memories. THANK YOU, SAM. You will always keep a very special place in my heart.”

John and Julia also posted their own tribute on Instagram: “With great sadness we advise the passing of the wee pocket rocket Algebra. What a life we had with him! An individual to the end. Sam always did things the way he wanted to — in a terribly polite way of course. He was always very very polite and mannerly on the ground. Destined for the jumps racing in Victoria, I bought [him] because he was pretty but he turned out to be a bit tricky for me! Better riders took him over as in Lizzy McRoberts, Natalie Blundell and then Andrew Hoy and the rest is legend.”

The poignant post continues: “So much joy, so much pride…thank you to everyone who participated along the way — I’d name them but I’d miss someone and then I’d be in trouble — I know who you are — the grooms, the cool down crews taking time from doing your own horses, the people that drove him places, those that participated in his London campaign and contributed $10 every week to support Natalie in her quest for Olympic selection — just so wonderful how much you were all so supportive and inspired. Thank you for such a special once in a life time experience.”