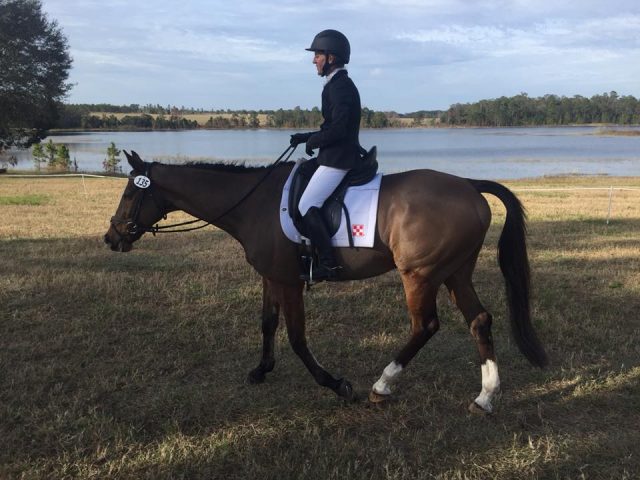 How was everybody’s weekend? With events happening in Ocala, Aiken and Cali, all the east coast snowbirds and west coast early birds had a chance to get out there and flap their wings.

Shout-out to Jen Carter and Madison Park, who with eight dusty stars between the two of them romped around Training at Three Lakes H.T. To recall, Kyle announced the four-star warhorse’s retirement from top level competition last April, promising him, “Looking forward to growing old together, it’s all sailboats and margaritas from now on!!”

Parker is 20 this year but you wouldn’t know it watching gamely tackle the weekend’s course with Jen in the irons. He seems like the type of horse who is happiest when he has a job to do — cross country jumps ARE his “sailboats and margaritas.”

I had so much fun today riding the fantastic Madison Park! He is incredible and I know I smiled the entire way around!! Apparently I need to work on going faster since I would have won but I’m so lucky to have this opportunity!! Thx for the video Maxine Preston. #revivaltour (thx Morgan Kelly). #trailerpark

“Parker was awesome, as usual!” Jen said of their weekend. “He’s been doing great and was so happy to be out competing again. I thought to myself as we trotted up centerline, how lucky I am to ride such an unbelievable horse! So many people would love to be in my shoes.”

The pair was second after dressage on a 28.6 and a fault-free show jumping round earned them another boost on the scoreboard. “So I started out on cross country in first, but had a watch malfunction so didn’t know my time and ended up poking around so with my time faults dropped to sixth,” she says. “But it was the most fun I’ve had in so long — he has such a great gallop and is so rideable thanks to Kyle! Plus he was perfectly behaved all day!”

We’ll see this veteran pair out and about in coming months as Jen’s schedule allows, with an eye on Prelim later in the late spring: “That’s as far as we’ve gotten since he’s 20 this year!”

We spotted another four-star veteran at Sporting Days: Indian Mill, who earned top 20 finishes at Badminton and Pau with Paul Tapner before being sold to the U.S., where he was a three-star force to be reckoned with under Phillip Dutton. Now he and new owner Jackie LeMastus look to be hitting it off like peaches and cream, winning their first event together at Prelim/Training. Jackie placed second in the same division on another new ride, Lup the Loop, campaigned at the three-star level here and abroad by Kylie Lyman. That’s a fine string of ponies you’ve got there, Jackie — best of luck! 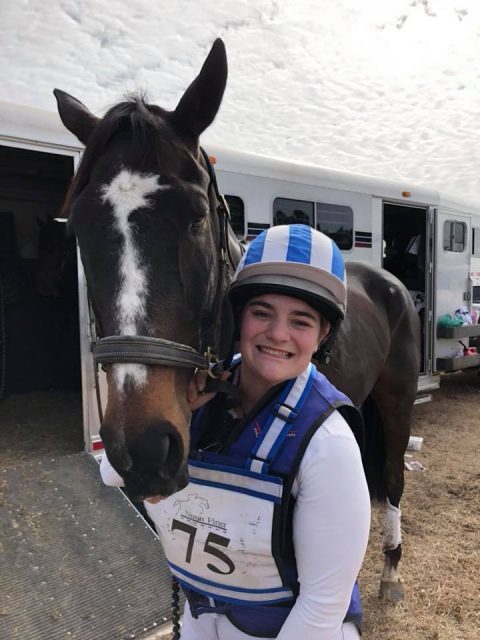 Here are your weekend winners. Special shout-out to Lacey Ogden and Cooley Higher Ground, who posted a 22.1 in a division of Open Novice at Three Lakes H.T., the lowest finishing score of the weekend in the country!