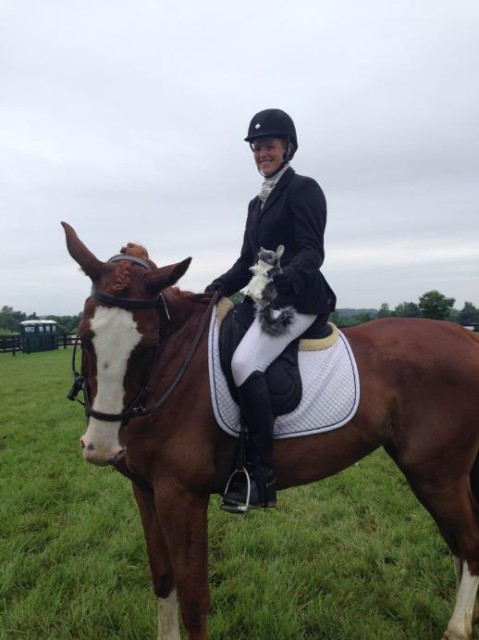 It’s a hot weekend across Eventing Nation! If you’re looking for some tips on how to survive the heat, especially while riding or competing, be sure to check out Kate’s list of eight ways to beat the heat this summer. In the meantime, here’s a quick score update from a few of the events around the country this weekend.

In the Open Intermediate at Jan Byyny’s wonderful event, Surefire, Sarah Kozumplik Murphy and Irish Diamonds were able to move from sixth after dressage to first overall after posting two clear jumping rounds. Kim Severson and Cooley Cross Border were good for second place to further solidify the Irish Sport Horse gelding’s prowess at the upper levels. Sharon White and Rafferty’s Rules were out for the first time since parting ways at Rolex in April, taking third place in the division. 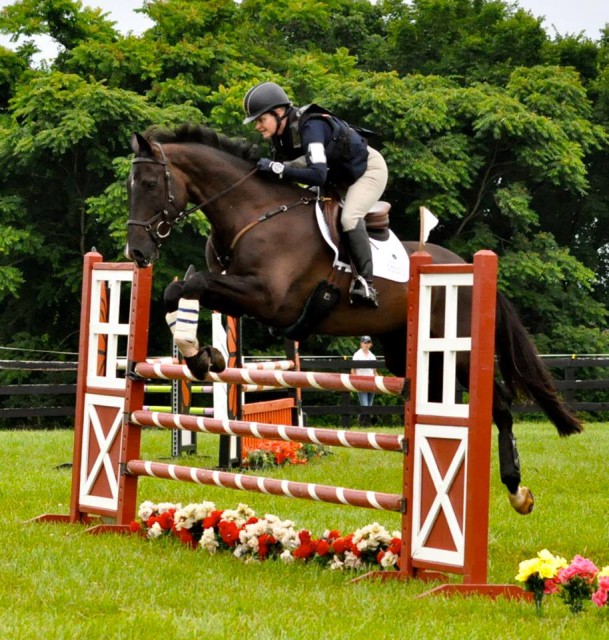 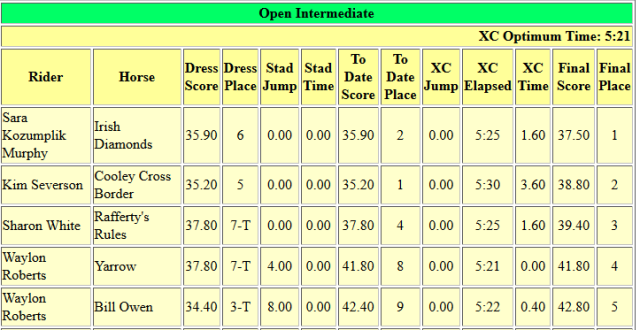 Fox River Valley is running a CCI* this weekend, and Nate Chambers with Satisfaction are currently leading after cross country. Kristen Rozycki and Kalamatta are in second place going into show jumping, and Tracy Gilman and Nautilus 47 hold third place. The cross country rode well for almost everyone, with time being the only penalties incurred less one rider fall.

At the Kentucky Horse Park, Midsouth Pony Club is running divisions from Intermediate/Preliminary all the way through Starter, so it’s a very busy weekend for Lexington. For example, Team CEO Eventing’s Megan Moore had a whopping 22 students riding, plus a couple horses of her own, this weekend. Props to you, Megan, and someone get the girl a Red Bull stat!

In Pennsylvania, Lost Hounds is also running an Intermediate division, where only three combinations completed the competition. It appears that two riders were eliminated in show jumping and three withdrew. Jordynn Sahagian and Nestor picked up the win with cross country time.