There are so many lovely OTTBs on display this week, it was very difficult for us to just pick three. It’s also difficult for us not to pick up the phone and snatch one of these up, so the sooner you give these horses a new home the better! 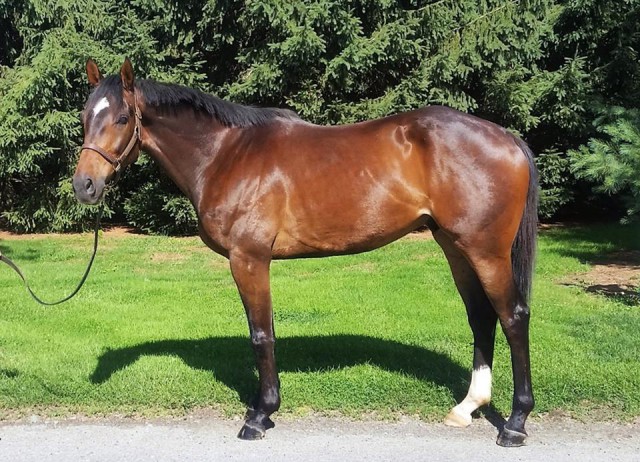 Photo via After the Races.

Our first handsome horse this week is Medford Blue, who is a 2010 gelding available through After the Races in Pennsylvania. Standing 16.1-16.2 hands, Medford Blue (Southern Success – Brighter Blue, by Clever Champ) with 21 starts under his belt and four wins. He earned nearly $80,000 on the track and last raced in November 2014.

According to his listing on After the Races, Medford Blue has a great personality and is sound for his next career. This one won’t last long!

Medford Blue on After the Races 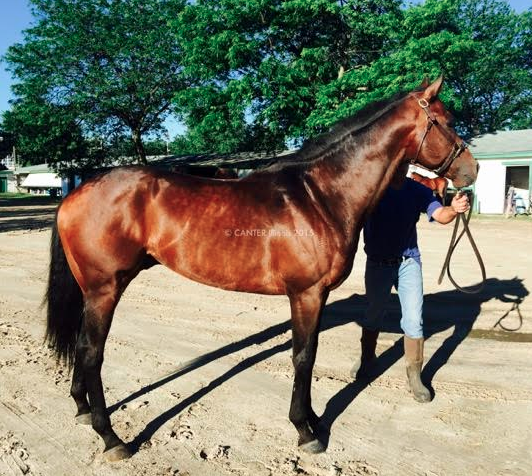 Next up is this hunk of a horse from Arlington Park who is listed with CANTER Illinois. Slew Slam (Grand Slam – Slew of Comfort, by Seattle Slew) is a 6-year-old stallion bred in Kentucky who won three times in 18 starts. He laced raced on June 19 and has been described as a chill horse who is mentally balanced.

CANTER Illinois lists Slew Slam as without injury or vice, although he is a ridgeling, meaning he has at least one undescended testicle. 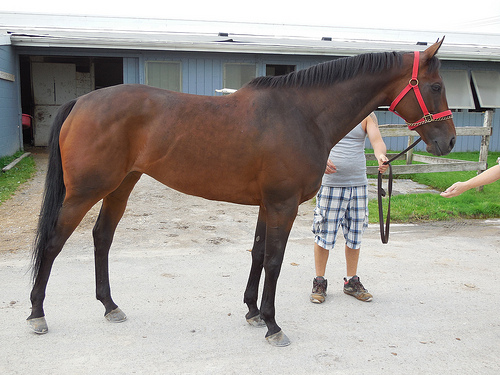 Finally this week is a lovely mare from Finger Lakes Finest by the name of Smokin Racer. She’s a bit of an older model — foaled in 2004 — but she’s proven to be as sound as the day is long in a jaw dropping 101 starts. She’s earned more than $150,000 on the track and is well deserving of a new home where she can put her athleticism to work.

Smokin Racer (Smokin Mel – Broom Boss, by Kohoutek) is said to be a barn favorite and has lovely conformation to boot. She’s got a great work ethic and is sure to be a rewarding partner for her new owner. Scoop her up today!