Either way, I know a fancy new OTTB is on many peoples’ lists. And why not? It’s a good time of year to be horse shopping as the tracks close down for the year and many horses are in need of new homes.

Here are our featured listings for the week — go ahead and check that off your list! 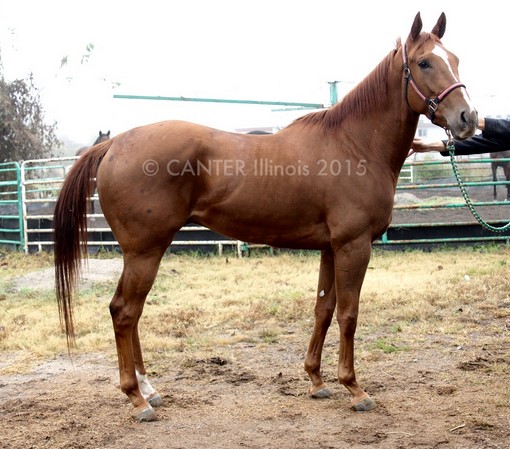 First this week is a fresh listing from CANTER Illinois, Won Great Pass (Pass Rush – Distinctive Gold, by Touch Gold). This is a 2012 gelding standing 16.2 hands tall with just six starts on his card. This guy is advertised to be a big love and in need of a new job as he’s a bit bored with life at the track. 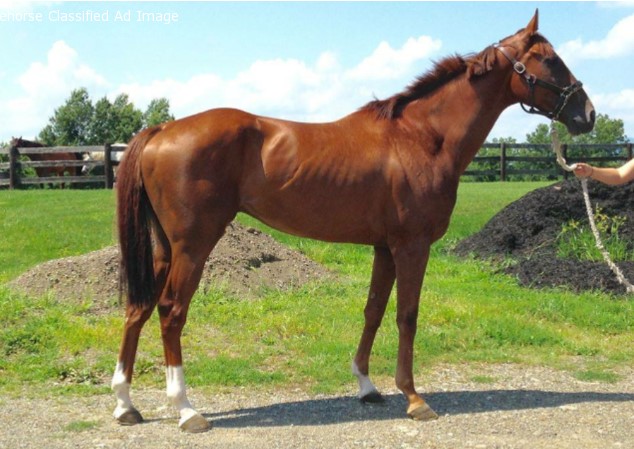 Photo via the Retired Racehorse Project.

While we’re on a chestnut kick, check out Andy who is currently listed with the Retired Racehorse Project. Fun fact, right now adopted horses through the RRP are eligible to receive a $20 gift certificate and a new halter and lead from Shires Equestrian!

Andromeda’s Moon (Andy) is a 2009 gelding by Andromeda’s Hero out of Locust Moon. This guy is a war horse who raced 27 times and earned over $50,000. He’s been off the track since August of this year and has several rides under his belt already.

Andy on the Retired Racehorse Project 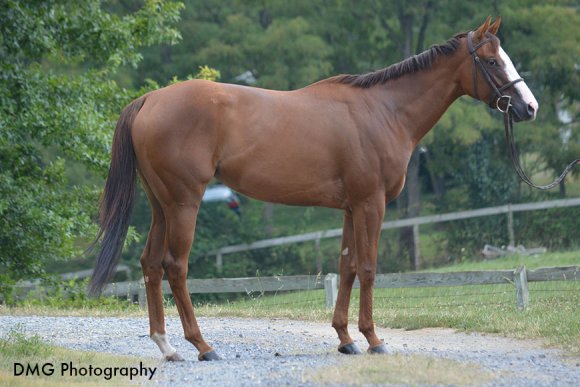 We also had to give this girl a shout-out. Valatie Gal (Utopia (JPN) – Appetizer, by Tomorrows Cat) is a 16 hand 2012 mare who raced four times before retiring. She’s said to be a one-person type of girl who is athletic and suitable for any discipline. She is looking for her person to help her reach new heights in her new career — could it be you?