It’s amazing the things you can tell about horses’ personalities just from looking into their eyes, and a wise horseperson pays just as much attention to a horse’s gaze as they do to their conformation, movement or record.

The three horses we’re featuring this week run the gamut when it comes to facial expression — and we love all of them! What do YOU see when you look into their eyes? 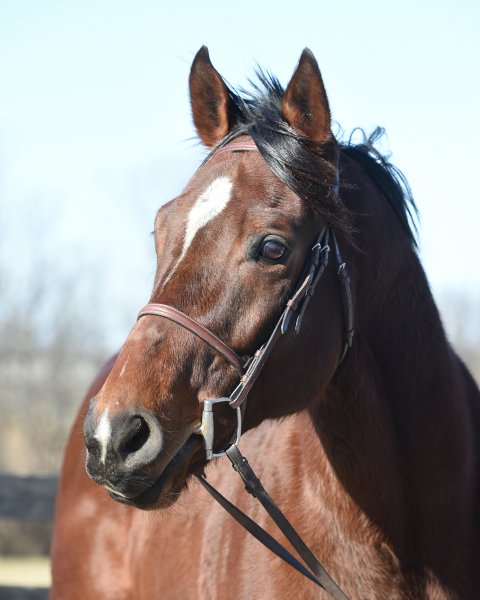 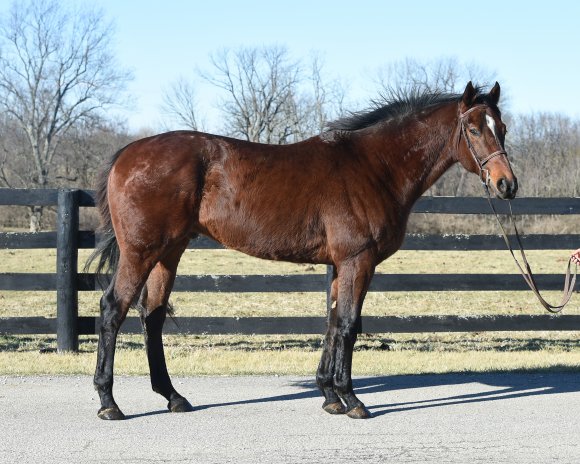 Global Strike (Smart Strike – Misty Lady (ARG), by Lucky Roberto) is a big-boned, big-bodied 16.2+-hand 5-year-old gelding. Striker was a solid performer on the racetrack, earning over $100,000 in 11 career starts, but as his performance started to decline it was decided to retire him without any apparent injuries.

He was gelded in January before coming to New Vocations to begin his retraining. He has acclimated to a group setting and is turned out with four to five other geldings — he tends towards the higher end of herd leadership but is not the top dog.

Striker has been handled by top-class horseman his whole life so he knows how to stand politely for the farrier, in a wash stall, in crossties, etc. and has no stall vices.

Under saddle his trainers affectionately call him “the tourist.” He loves to explore his surroundings and will sometimes forget that he is working as he veers off to inspect something closer! He is generally pretty laid-back, to the point of sometimes needing a crop for encouragement. He has been started over crossrails and his combination of lovely movement and great brain make him suitable for any discipline. 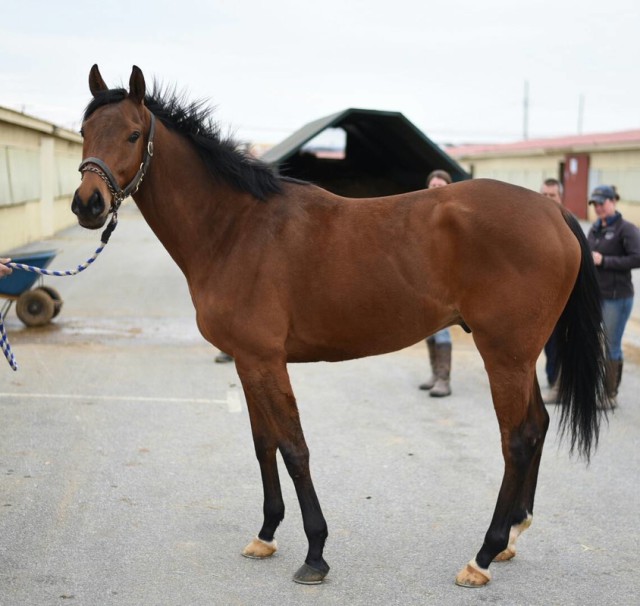 Hold the Thunder (Thunder Gulch – Landholder, by Dixieland Band) is a 4-year-old, 15.3-hand gelding — what a cutie!  After 17 career starts Thunder’s come to the conclusion that going fast just isn’t his “thing.” His trainer states he is sound and quiet, and he thinks it’s time for him to find a new career. With the whole world in front of him, the sky is the limit for this kind, athletic guy. 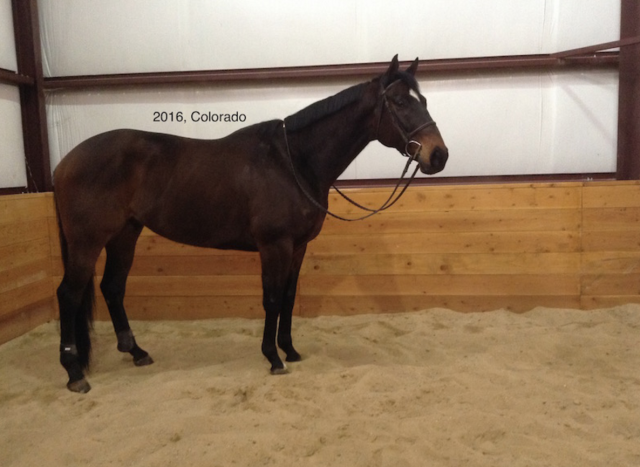 This 7-year-old Kentucky-bred beauty had all 18 starts of his racing career at Arapahoe Park in Colorado. Since retiring sound from racing at the end of 2015, he’s spent time in a retraining program at Serenity Farms in Elizabeth, Colorado. He’s described as a big sweetheart and a barn favorite with great potential. He’s been worked under saddle in flat work and over fences.