Happy Kentucky Derby week! Who will you be cheering for?

Me, I’m a hopeless sucker for the dark horses (the tall, dark and handsome OTTB #1 on this week’s “Wishlist” included, although that’s not EXACTLY what I was talking about). Our sister website Horse Nation spotlighted three of the best underdog narratives that will be unfolding in this Saturday’s race — read them here!

Here are our OTTB picks of the week: 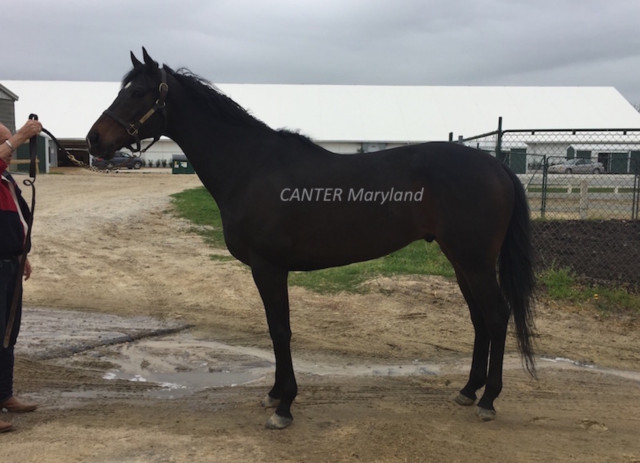 “Special” is the perfect name for this horse, and his pictures don’t really do him justice. He’s a big-boned gelding who has recently recovered from a shin issue — his short time on stall rest is complete and he has been on turnout in the round pen for three months. We spoke to his vet who assures us that this guy should have no limitations on his future.

Looking for an athletic jumper? This guy was just hanging out in his round pen when he decided to make a break for it and he jumped a 5-foot fence from a near standstill, and reportedly cleared it with air. Don’t worry though – we’re assured that he isn’t usually an escape artist, he just felt like showing off that day (and apparently has some serious talent to show off!)

He is a lovable barn favorite with absolutely no vices. His connections say that the exercise riders love him, he’s a joy to gallop and has always just gone in a simple, easy eggbutt bit. He loves sweet potatoes as snacks and wants to find a home where he’ll be spoiled. Located at Laurel Park. 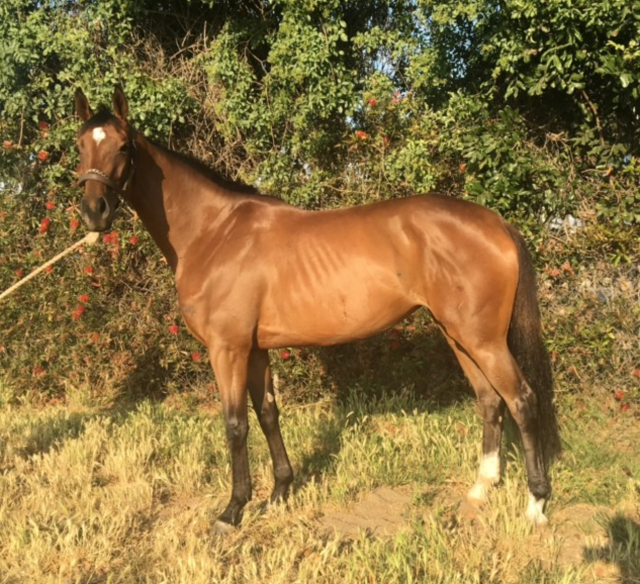 Unplaced in three starts and recently restarted off the track, “Annie” is looking for her new person and new career. Extremely fancy mover with the looks the match. Currently in retraining doing walk/trot/canter and going over poles and small fences. Has been free jumped.

Annie shows the natural ability to be a sporthorse with some upper level potential. Very smooth gaits, knows where her feet are and has a very soft mouth. Recently vetted clean with no history of soundness issues. Needs a confident experienced rider and/or a professional to take her in the right direction. 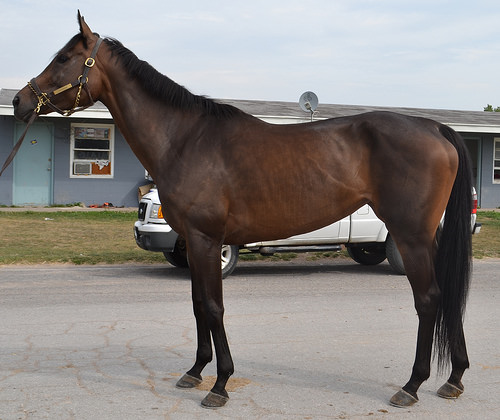 This well bred girl has been a steadily productive race horse, with five wins and 18 in the money finishes in 32 starts. But lately she isn’t running as well as she used to, so it is time to find her a new career. She has been owned by the trainer’s family for a long time, and they care a great deal about finding Mimi a great new home.

Mimi’s trainer says she is an intelligent and alert mare, who acts “very aware” her first time in a new place, but then settles right down and goes to work. For her jog video, although Mimi was exuberant, she showed an athletic, big-strided, very flashy ground-covering trot, with impressive push from behind and flat kneed reach from her shoulders. Her movement suggests eventing might be right up her alley. Her trainer thinks that with some down time with turn out and the opportunity to just be a horse, Mimi will settle right down and be great for any new career.

Mimi races without hind shoes, because she does not like her hind feet picked up. Her pedigree offers excellent broodmare potential. She is by Pure Prize, a son of Storm Cat and the champion mare Heavenly Prize. Her dam is by Broad Brush. She comes from the immediate female family of Eclipse champion filly She Be Wild.