Three sort of seems like a bit of a magic number in the horse world. After all, if you’re bringing up a youngster three-years-old tends to be the age where you can really start thinking about starting to teach them some really fun stuff! This week we’ve lined up three off-the-track Thoroughbreds looking for new homes and new jobs who are all three-years-old: 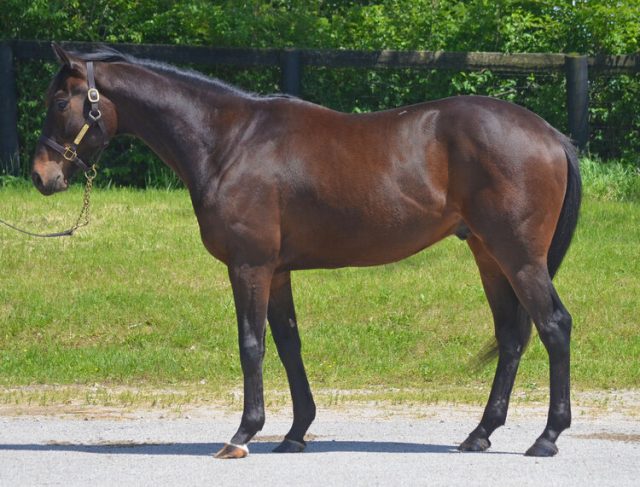 “Country Berti is a 15.2h, 2017 gelding by Country Day out of Whirley Bertie. “Berti” has settled in well and is happily turned out barefoot with 2 buddies currently. Though small in stature, he’s full of athleticism and personality! He’s still learning about all the things life has to offer (such as the wonders of fly spray and fly masks) so he’ll likely do best, at least for now, with a confident and patient person. And while we have no idea what he might want to do in his next career, one thing is for sure – we love seeing his cute face and ears everyday and we know you will too!” 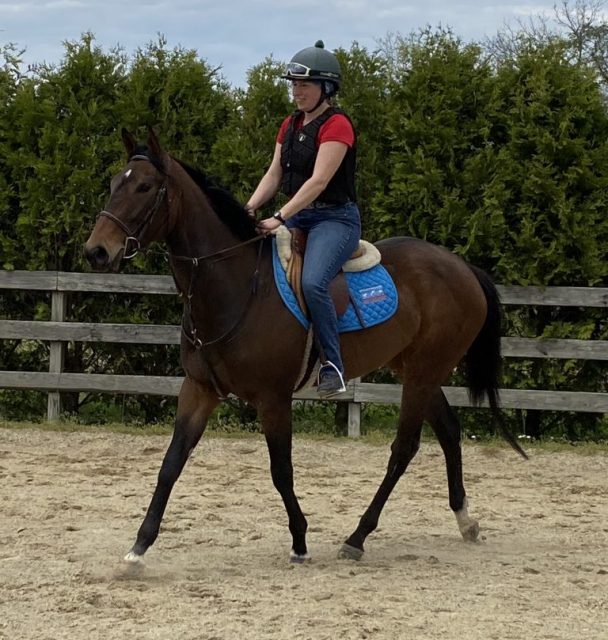 “Tiz Included came to us from our friends at Beyond the Wire. She showed no racing ability in only three starts for a top stable, and her connections retired her rather than try  to get a win– or even a check LOL. She came off the trailer like a champ, went right out and put her head down to graze- no fuss or drama. For her first ride she stood like a pro at the mounting block and nicely walked, trotted, and cantered around the ring- and didn’t give anything a look at all. See the video! This filly is a clean slate and could go in any direction. Lovely mover, super sweet, and very willing. Clean and sound, no vices.” 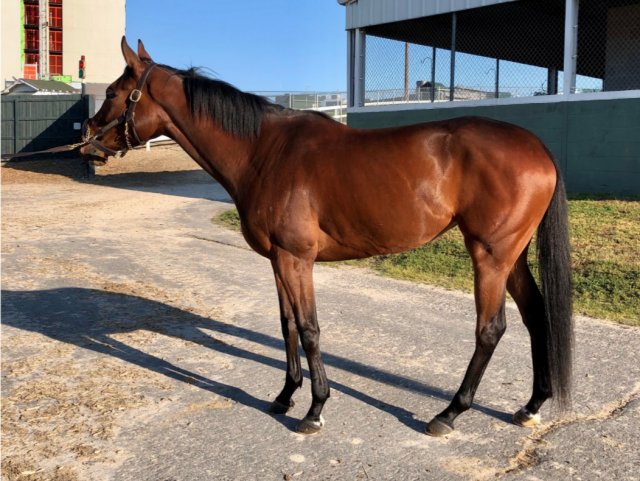 “Elusive Secret, barn name “Ellie,” is beloved by her racing connections. However, after 7 races and not a lot of indication that she will be competitive at the track, her owner is starting the search for a potential non-racing home for this young, attractive sport horse prospect.

At just three years old and lightly raced, Ellie is a blank slate. We were told she has no injuries and is believed to be sound. This lucky filly is getting the chance to “just be a horse” at a farm in Barrington Hills, where she’s enjoying lots of turnout and is said to enjoy naps in the sun.

She was described to us as being an athletic horse that likes to train. She was said to have no vices and loads great on a trailer.

As this is a 3 year old filly with a good amount of energy, no beginner riders or handlers will be considered. She needs a home that will help her realize her full potential as a sport horse – and that will include someone who is experienced with OTTBs.

When asking her owner if Ellie was “mareish” – we received the very honest and enjoyable response: “It depends on the day!” Ellie’s owner said she can be a total sweetheart / in your pocket love bug, but some days, she can also have her sassy mare moments! Who doesn’t love a mare that will keep you on your toes?!”