Has anyone else begun to notice just a hint of fall color peaking out from the tree tops? The cooler evenings and ever-so slightly fuzzier ponies are a sure sign that summer is signing off and autumn is on the way. Pretty soon we’ll be enjoying blazing fall foliage and sipping some hot PSL.

The dazzling bright orange of fall foliage is our theme as we round up our three OTTB picks of the week. Check out these chestnuts! 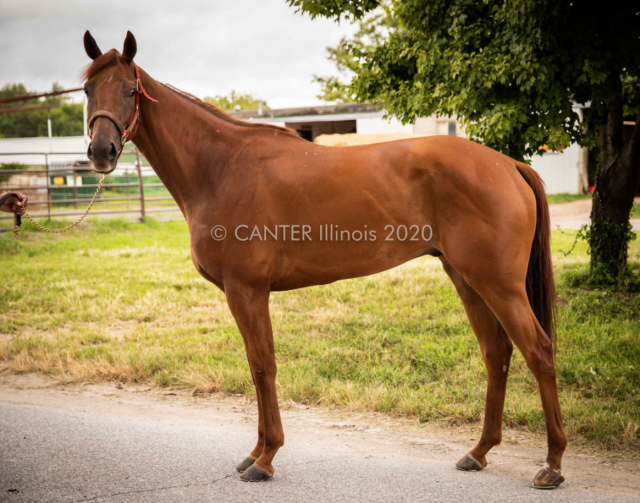 This gelding just has the sweetest face and looks like all he wants is his very own person to love on him. Great Gret raced 19 times in his career and earned $37,049. He’s built on a slender frame, but is nicely put together and has a particularly lovely strong shoulder. Great Gret connections say he is sweet, calm, and has a great brain. He sounds like he could potentially be a good choice for someone looking to restart their own OTTB while under the tutelage of a trainer. 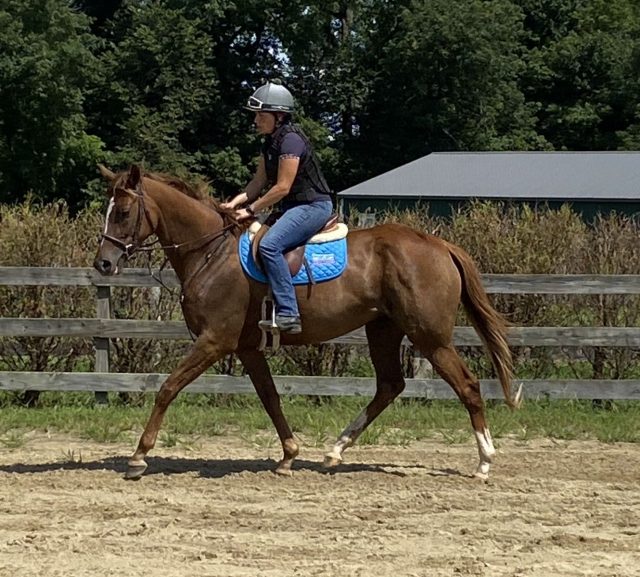 Jardin De Giverny is one of four OTTBs that Mid Atlantic Horse Rescue (MAHR) pulled from kill pen earlier this year. “Lily” was only lightly raced, having just 6 career starts, and last racing 11 months ago. Though she’s green as she’s being newly restarted under saddle and is re-entering work, this lovely liver chestnut is balanced, athletic and has shown herself to be a quick learner who tried hard for her rider. She is currently eligible for the 2021 RRP Thoroughbred Makeover and the folks at MAHR think she’d make a great Young Event Horse Prospect!

This gelding just isn’t into the racing scene. Despite working well in the morning, his trainer can tell (and you can see by his race record of 8 starts and no top-three finishes) that his heart just isn’t in it during the real deal. Racing’s loss is the sport horse world’s gain though, as Lorry’s Candy has a desirable uphill build and some flashy chrome as icing on the cake. Just add some new muscling and Lorri’s Candy is going to be an absolute stunner.