Mares. It’s love ’em or hate ’em, apparently. I’ve met numerous people who have claimed that they’ll never own one. They’re just too opinionated, or moody, or sensitive, they say.

I say that’s ridiculous. Get a good mare on your side and you’ll have a trusted partner for life. Not to mention they’re just as tough and athletic as the boys — may I reminded you that two out of the last three five-star winning horses have been mares?

This week we’ve found three bay mares all described as being completely lovely and kind. Bring any one of these ladies home and give them a chance — they might just turn you into a mare person! 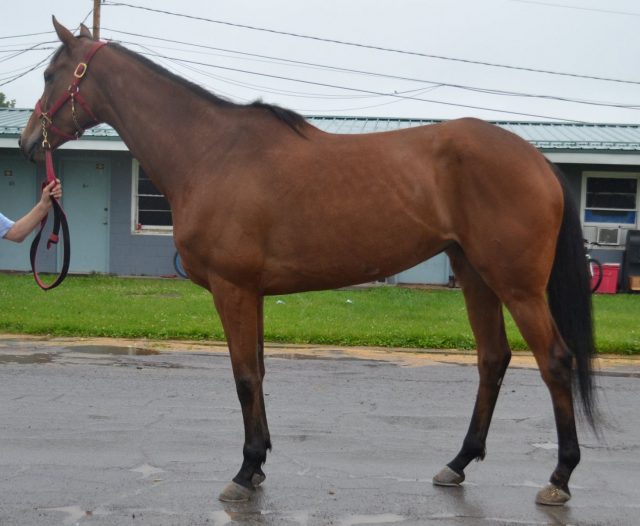 This daughter of Bellamy Road is a true barn favorite — not a single person present at her Finger Lakes Finest photoshoot had anything even remotely negative to say about her. “Brook” is impeccably well-mannered, a very good thing given how tall she is, which she displayed during her photoshoot by standing like a rock during the windy, rainy weather while her photo as being taken. Her groom reports that she is very kind and doesn’t even need to be tied for grooming and tacking.

Brook has enjoyed a fairly light racing schedule of just a couple races per year and has enjoyed turnout time at her owner’s farm, which she is reported to love, during her downtime. This is the kind of easy-going mare that should adjust to life in a stable as a riding horse just swimmingly. 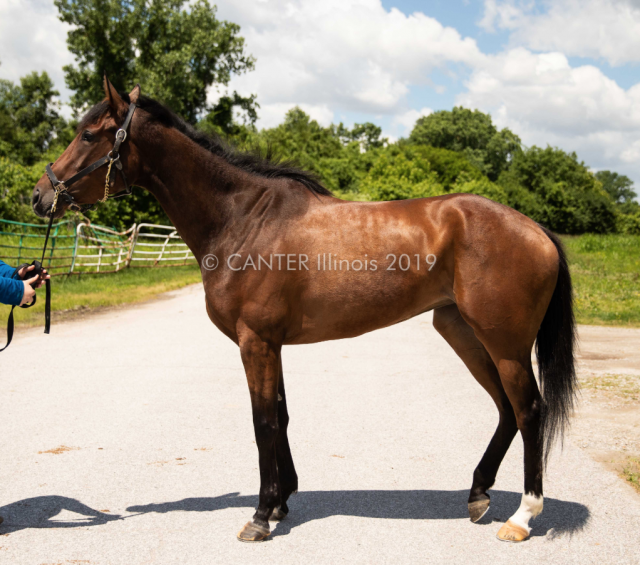 This filly is ready to put all your preconceived notions about young OTTBs to rest. Hot and unmanageable? Nah. Don’t let that lead shank fool you: It looks like this three-year-old needs it more to get her to trot rather than than to keep her under control. Once she gets going, she shows some very cute movement though!

Perhaps unsurprisingly, given her limited hustle to jog out, Cubbie Girl North has no interest in racing. She has clean legs and minimal wear and tear with just four career starts. With such stellar conformation, solid feet, and a great brain, Cubbie Girl North is sure worth a shot as your next sport horse prospect. 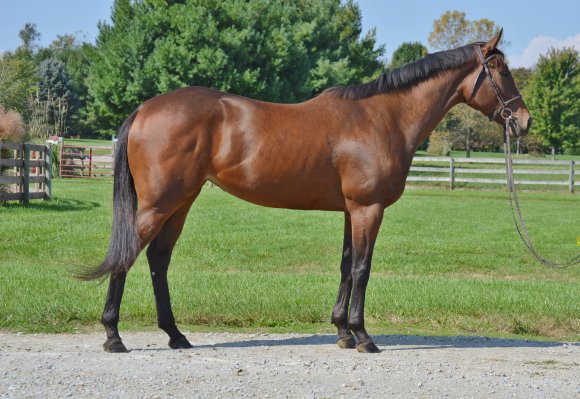 This regal plain bay just screams show horse. She’s already very mature and well-balanced for a three-year old, displaying three nice gaits and a soft mouth. As a two-year old, Shanghai Spring has two starts and placed third in both, but then a non-racing related puncture wound sidelined her. She’s recovered perfectly, but by the time she was ready to race again her owners had other more prospects to focus on.

“Mei” has shown that she is well-mannered and confident. She stands quietly when asked — whether it be on the crossties, in her stall, or at the mounting block  — and she enjoys attention. Though still very green under saddle, she tries hard to do what she’s asked and shows no hesitation in trying new things.