It’s happened to all of us: you’re at a new barn, happily helping with chores when a more seasoned worker hands you a lead rope and halter and says, “Can you bring in old Duchess? She’s the big bay out in the far field.”

The instructions seem simple enough, but only after you’ve trudged at least a mile uphill in the mud to the far field do you realize that those instructions were perilously nebulous. Of course, old Duchess is not the only bay in the field, oh no. There are at least two other true bays plus a very tall horse who, if you squint, could pass as bay instead of dark sorrel. Not wanting to return pointlessly empty-handed, you throw the halter over the ears of a definitely bay mare who looks to be at least a quarter of a hand taller than her pasture mates and whisper a quick prayer to the deities that be that you’ve nabbed the right one.

The funny thing is, next week you’ll be a pro at identifying all the members of that confusing bay herd. And once you’ve really gotten to know them all, they’ll look so different you’ll wonder how you ever got them confused!

This week we’ve found three bay beauties all looking for their second careers off the track. Even though they share the same coat color, they couldn’t be more different! Will you give them a chance and get to know them? 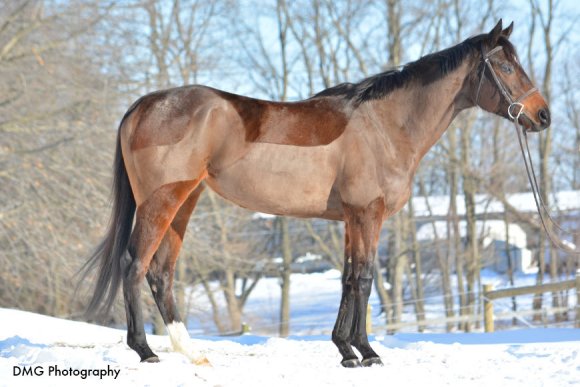 Having just raced last month, Verona Blue is 2018 RRP eligible and has been enjoying a nice let down from the track along with bunch of other adoptable mares at New Vocations. She’s a sweet girl who loves attention and will happily give you cuddles in exchange for a good grooming session! With 15 starts and just 1 podium finish, she wasn’t much of a racehorse but she retired sound and is ready to learn something new! 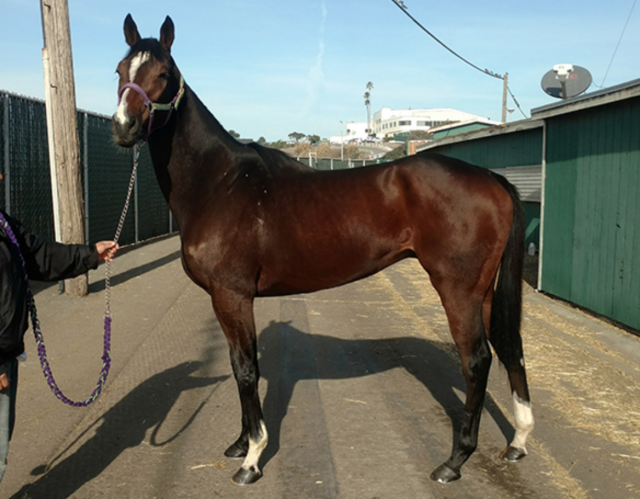 Don’t Keep Time did decently for himself on the track, earning almost $50,000 in 35 starts, but his trainer thinks he’s ready for his next athletic endeavor. CANTER volunteers thought this seven-year-old was cute and sassy, but still quiet and well-behaved. He’s sure to be a real stunner once he’s packed on some more groceries! His last race was November 2017, so he’s still RRP 2018 eligible. 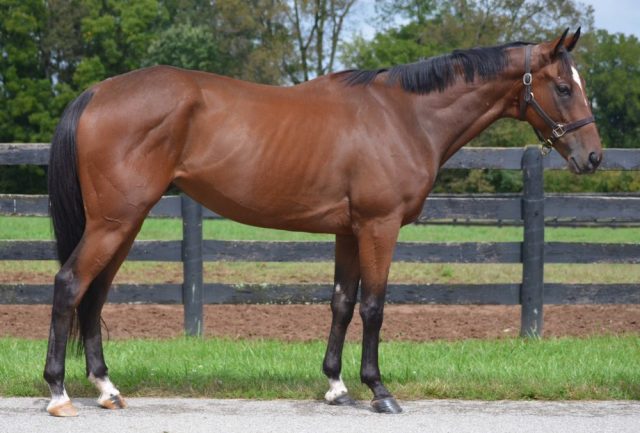 This unraced four-year-old is a total clean slate just waiting for the right person to come along and teach him the ropes. Even though he’s unraced, he does have registered work so he is still 2018 RRP eligible. Deputizer is a big-boned baby who has some growing into himself to do, but still seems well-balanced. With the right person to bring him along, the sky’s the limit for this one!