A big, splashy blaze is the ultimate equine statement accessory. Here are three OTTBs with serious chrome that are in the market for a new career! 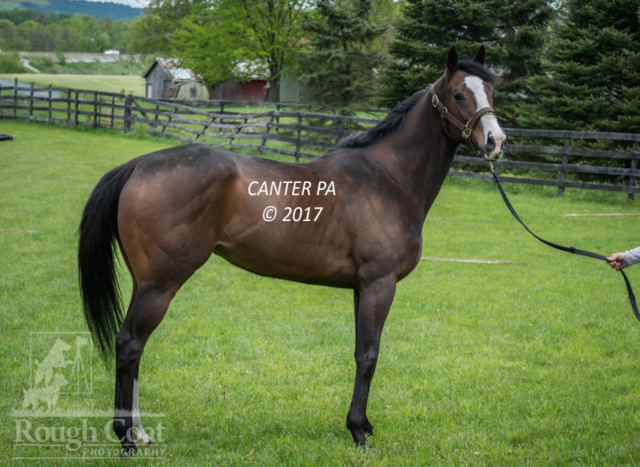 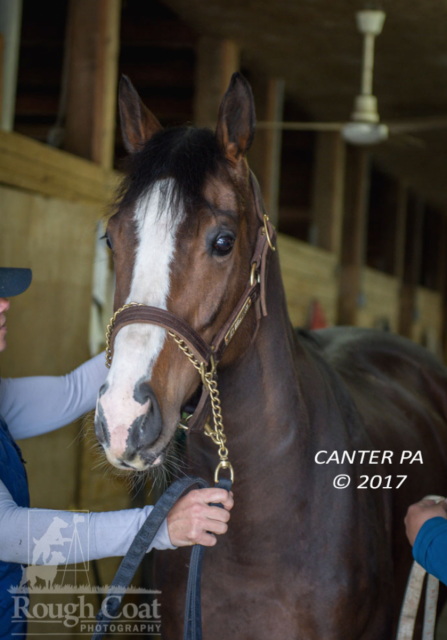 This one has some smokin’ guns! CANTER found this girl to be a fun type; she was bright and playful for her listing, yet sweet and interested in being messed with. We’re told she was awesome to handle and ride at the track, and it’s clear that this one really loves having something to do. A solid runner, this girl is athletic, a pretty mover and so light on her feet her connections describe her as “catlike.”

A nice choice for jumpers, polo, gaming, etc. but also so fancy we could see riders from any sport take note. No known issues, this girl is on the farm beginning to be turned out and is ready to start a new lease on life. Ridiculously cute! 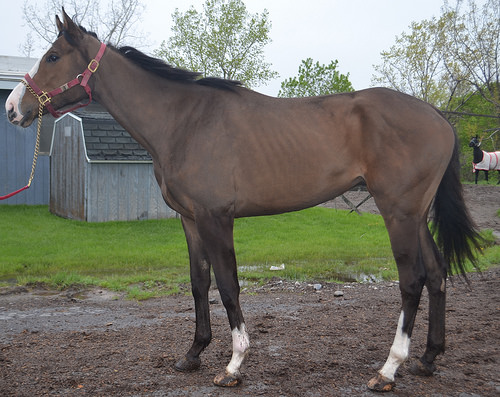 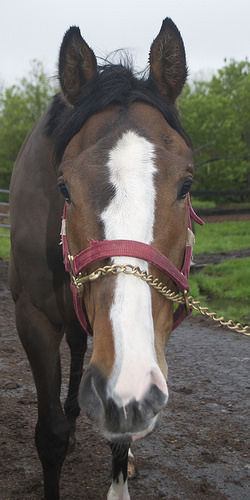 This adorable young guy has had a few workouts on the track but has shown no aptitude and was never raced. He is not tattooed. Tom is currently at the track, but has been wintered at the farm where he enjoys turnout with friends. Tom is described as a stall “runner” and would likely benefit from turnout time to help relax this behavior. A new home with ample turnout with a buddy would be a must for Tom.

He has a gorgeous, uphill build with a long reaching walk and demonstrated correct, sound movement when he could be coaxed into trotting. On a blustery spring day when most horses were quite “up,” Tom demonstrated a laid back, quiet, gentlemanly demeanor coming off the walker for his meet and greet. Adorable markings, a kind eye, and movement to boot? Don’t miss this one — he surely won’t last long! 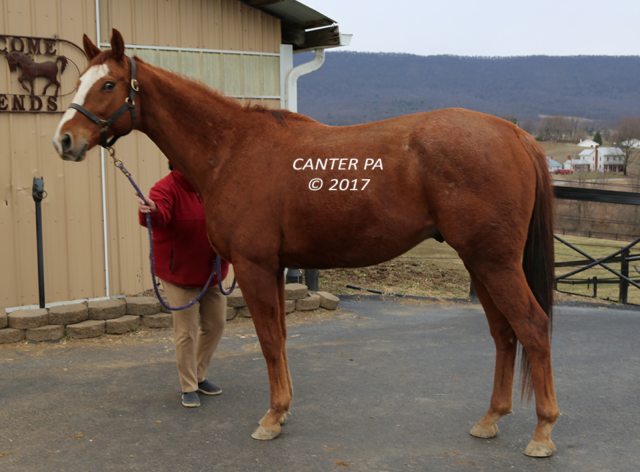 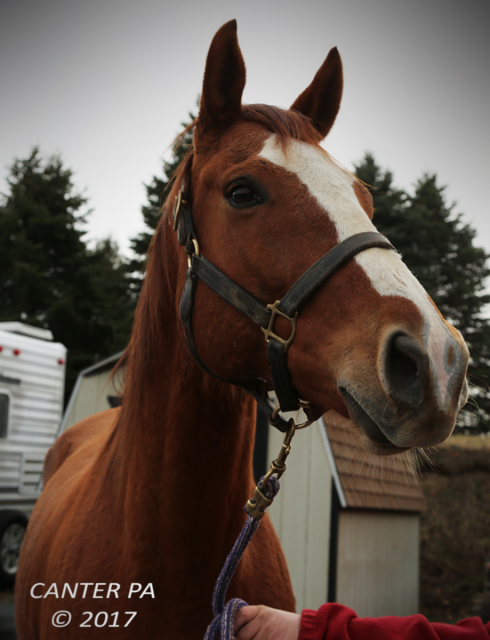 “A racehorse is an animal that can take several thousand people for a ride at the same time.” A local celebrity and exceptional racehorse, Dinny has meant so much to so many people that it is an honor to be part of his transition to his next career.

Earning over $400,000, Dinny is a multiple stakes placed horse who has dominated the local racetrack, winning hearts everywhere he goes. He retired due to a right hind ankle injury, which was surgically repaired and given the best of rehab for the last 18 months. Rather than returning to racing, his connections have decided he’s earned his retirement and wish to see him enjoy a second career.

He is currently being ridden by his owner’s family, with this video showing Dinny being ridden in an open field beside a busy highway. Great home a must and owners request the ability to stay in touch with his new family. X-rays are available for a serious buyer.