If you follow any thoroughbred breeding farms on Facebook or Instagram, you’re probably delightfully inundated with adorable foals pictures this time of year. What better way brighten up what cane be a dreary Newsfeed at times than with photos of newborn foals and their mamas cuddling together in their stalls or frolicking out in turnout.

Of course, Kentucky is where the vast majority of thoroughbreds are bred and born each year and this year will be no exception. Here are former-foals born in the Bluegrass State for your consideration this week: 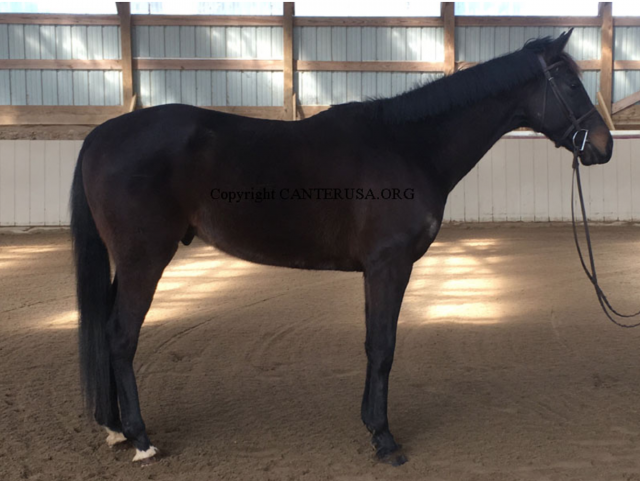 This tall, dark, and handsome hunk has a very apt barn name to go along with his Jockey Club registration. “Elvis” raced just once and finished at the back of the pack. Since he didn’t show much promise on the track, his owners retired him sound right away. Now as a CANTER-owned horse, he’s been restarted under saddle, including over cross rails, but remains 2018 RRP eligible. His CANTER connections call him a sweet, fun-loving guy who loves attention and wants to please. 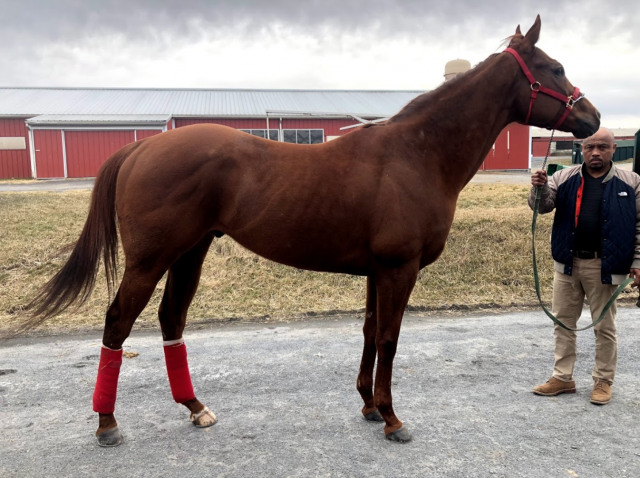 We don’t have a ton of information on this handsome chestnut, but we do know that he has a nice big-boned, athletic look about him. With that nice long shoulder, Nicky C sure looks like he has some potential as a future sporthorse. According to the CANTER volunteers who met him, he seems to have a good head on his shoulders as well given he stood very politely for his photoshoot on a very blustery day. Nicky C has 17 career starts with a mediocre record and his connections say he has no issues. 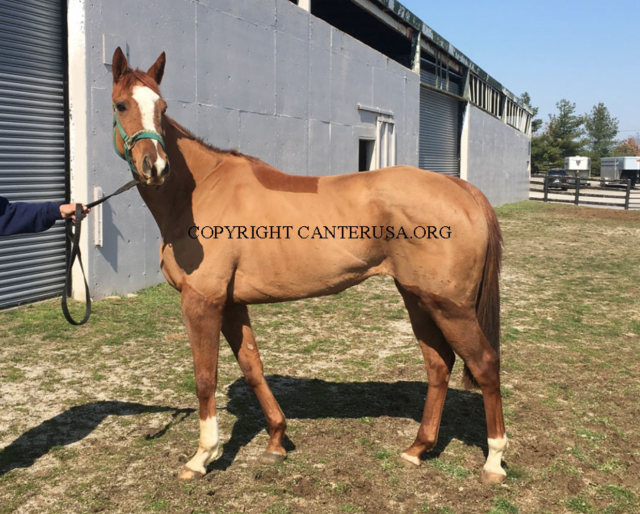 I don’t know what this mare’s barn name is, but I’m pretty sure it should be “Queen Bay.” Well, she’s chestnut though — but that’s OK! Baytown Debutante has a flashy look about her and she’s sure to be a head-turner once she’s fed and fit. Plus, she has some regal bloodlines which include Pulpit, A.P Indy, Gone West, Seattle Slew, Alydar and Mr.Prospector. This young mare is a sound with no vices and is unraced so she’s a clean slate!