Charisma, Doesn’t Play Fair, Jollybo, and of course Theodore O’Connor — they’re not necessarily all Thoroughbreds, but they are just a few examples of great event horses (plus a pony) that are all under 16.0 hands. Just because a horse is short of stature doesn’t mean they’re short on heart, and if you want to increase your chances of getting a horse with a big heart then you’re looking in the right place if you’re looking at Thoroughbreds. Need evidence? Look no further than Tilly Berendt’s incredible history of ex-racehorses at Badminton.

This week we’re featuring OTTBs that are 15.3-hands or less. Don’t count these guys out — they might just jump the moon for you. 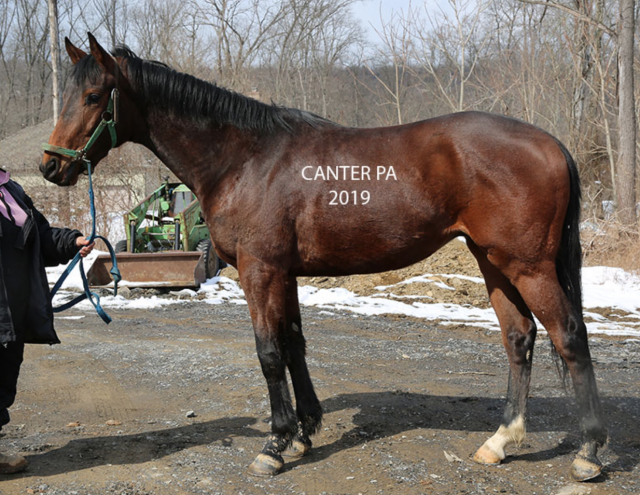 No significant relation to the famous Eight Belles, this youngster is simply not showing enough potential to succeed on the track and remains unraced. His last published workout is from about a month ago, making him 2019 RPP Thoroughbred Makeover eligible. Six Belles appears to be the perfect package for someone looking for a young horse with minimal wear and tear to restart. He’s a well built and beautifully put together gelding and it even looks like he has some nice solid feet. 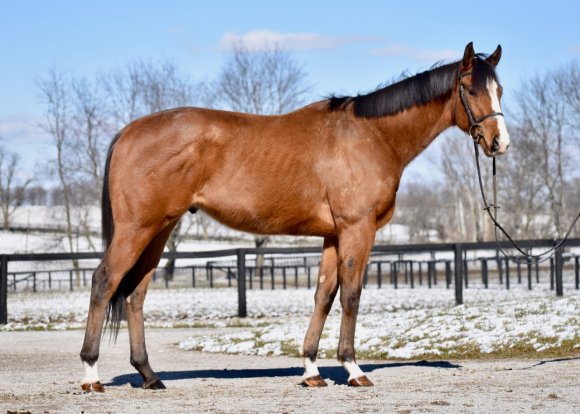 As if his GhostBusters-referencing name wasn’t any indication, Gozer the Gozerian is one cool dude. However, he doesn’t live up to his name in the sense that he’s not a Destroyer. This Gozer is quite the opposite — he’s a no-drama low man on the totem pole, who really just enjoys getting along with both people and horses. Gozer has already been restarted under saddle and has shown that he is a smart, sensitive, and trusting mount. He’s also already learned a few neat things, including flying changes and how to go in a war bridle (just a piece of leather in the mouth.) He’s also a fine example of the fact that there’s no guarantee of success as a racehorse despite great breeding. Gozer has sire lines tracing to A.P. Indy, Fappiano, and Two Punch, all of which just so happen to be desirable sport horse lines as well. 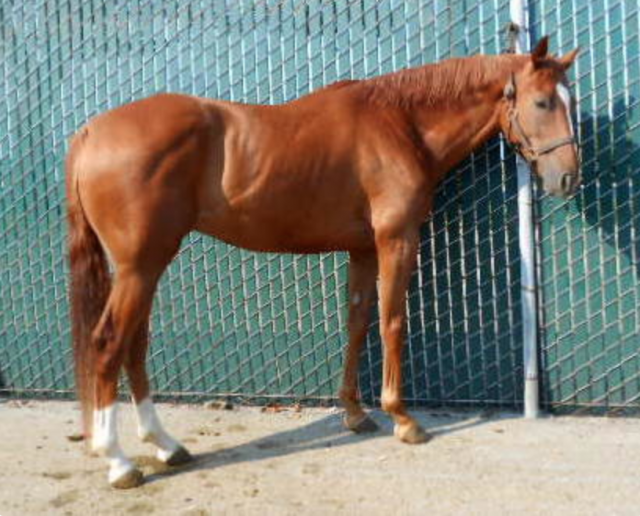 Woods Dancer last raced in the fall of 2017 after retiring soundly from a short career of five starts. His connections have kept him at the track with plans to make him a pony horse, but haven’t really gotten around to it and have decided to sell him instead.Woods Dancer has good clean legs and no vices. Having not had a job over the past year, he’s ready and raring to go. He’s only 15.1-hands, but don’t count him out. You know who else is 15.1-hands? Libby Head’s Sir Rockstar, and he went on to complete Badminton!