You can explore the database by searching sire, dam, damsire, sire’s sire, or by discipline. You can also search by keyword which is handy if you’re interested in, say, finding horses who have competed through Prelim eventing, for example — just check ‘eventing’ and type “Prelim” in as a keyword and voila!

As a user-driven database, however, the more submissions it gets the more robust and useful the database will be; that’s why RRP is encouraging anyone who owns an OTTB to add their horse. All you need is a free RRP web account, some pictures of your horse, and their pedigree. Need more enticement? Plus, if you input your horse between now and midnight February 14th you could be one of three winners of a RRP 10-year anniversary water bottle!

Be sure to keep the Thoroughbred Sport Tracker in mind if you take home one of this week’s feature horses: 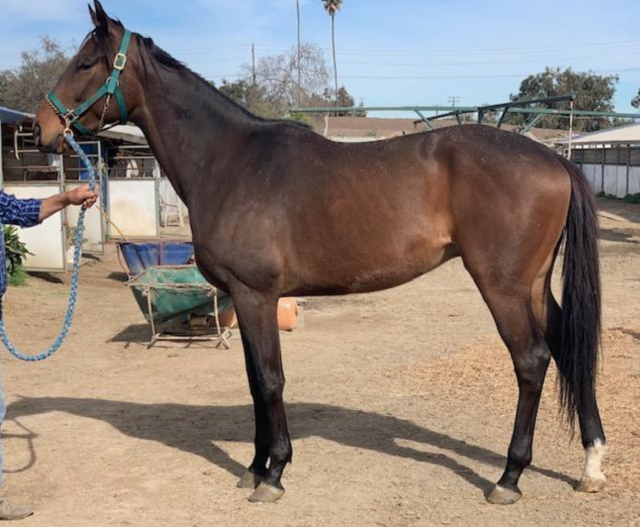 Alright, I know his Jockey Club name might be a little off-putting (we’ve all met that horse, haven’t we?) but this sweet-looking gelding has given us no indication of actually being an emotional wreck from what we can tell. He has stood nicely for his photoshoot, was very polite jogging and looks to have a kind eye. With just four career starts he didn’t show any promise at the track and has been generally sitting around since November when, sadly, his owner’s health began to decline. 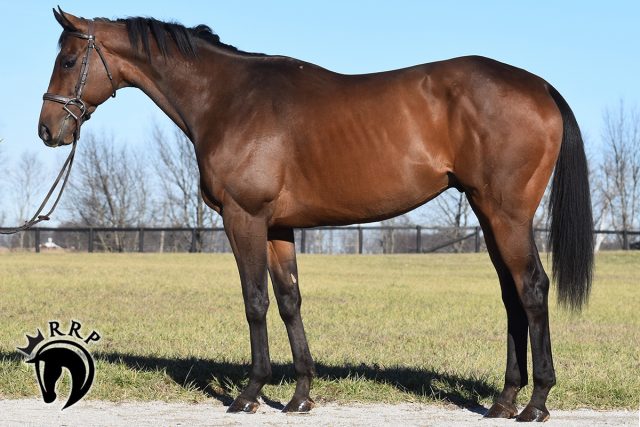 Flying Arrow, known as “Robin” in the barn, greatly seems to be enjoying life so far off the track after racing just a single time. He’s learned be turned out with a group of gelding and really enjoys play time outside. Robin is still racing fit right now, but under saddle the New Vocations staff can sense burst of great potential in his balanced gaits and uphill feel. 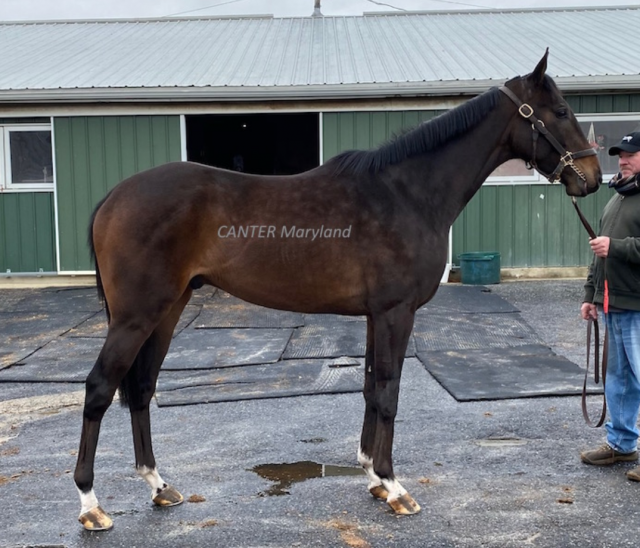 This three-year-old still has some growing to do, but looks well put together and has the potential to be a real stunner when he grows into himself and fills out. Fracique is lightly race with four career starts and it’s displaying enough talent on the track to be kept in training. His connections describe him as having a pleasant, willing disposition.