Thanks to our wonderful sponsor Cosequin Equine, we have the privilege of presenting you with a handful of OTTBs from deserving aftercare organizations each week. This week we’re extra thrilled to present you with three horses from a new-to-this-feature organization, MidAtlantic Horse Rescue Inc. (MAHR) of Warwick, Maryland.

Co-founders Beverly Strauss and Ginny Suarez are two lifelong horsewomen on a mission: to give as many ex-racehorses as possible a second chance. Their efforts began long before MAHR was officially formed; as former racehorse trainers themselves both women were familiar with the sad reality that not all horses end up in good situations once they are done racing. For 30 years, Beverly and Ginny have been buying and pulling ex-racehorses from bad situations, including livestock auctions, evaluating them, and restarting them in new careers. Both women draw upon their wealth of experience in the eventing, dressage, foxhunting, and racing worlds and as Pony Club graduates, with their A and B ratings respectively, to set the horses that they bring in on the right track to success.

In 2002 they turned their efforts into a 501(c)3 non-profit organization which has achieved accreditation by the Thoroughbred Aftercare Alliance. Over the years they have re-homed thousands of OTTBs, some of which came to them directly from the their race connections, others through different aftercare organizations, and more that they tracked down in auction pens.

You need look no further than MAHR’s Facebook page for evidence that the lucky horses who pass through their program go on to be well-loved and have successful second careers. Here are three horses currently available through MAHR that would all make great eventing prospects: 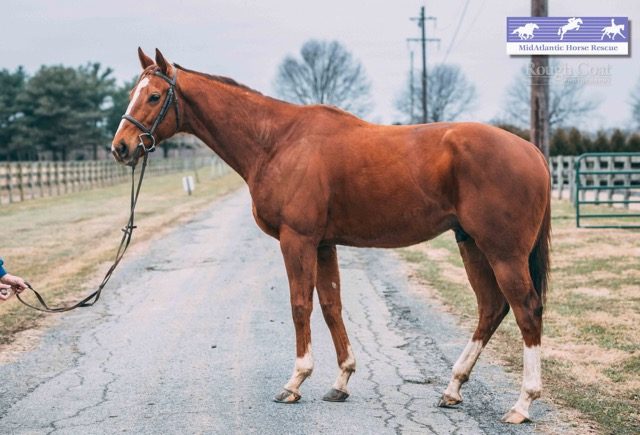 Frasero began his racing career as a three-year-old in his native Argentina and raced there for a year in graded stakes races before being imported to the U.S. In the States, he raced in claiming and allowance races and amassed over $94,000 in 38 starts. Years ago in his career, Frasero did have a condylar fracture on his right front but it was repaired surgically and he continued to race on it without problems. Frasero is retiring soundly after a long racing career and should not have any limitations going forward. This 2019 RRP eligible horse came to MidAtlantic Horse Rescue through Maryland’s Beyond the Wire program and was such a favorite in his trainer’s barn that they packed a bag of mints for him for the journey to MAHR. Frasero is a forward horse without being hot and a good mover. He’s a kind boy who would really like a best friend with which to take on a new job. 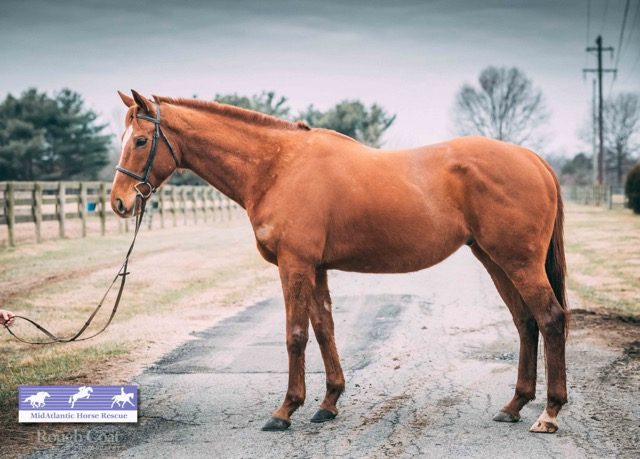 Look past the rough winter coat and funny racetrack haircut — Godspeed Tommy is going to blossom into a fabulous sporthorse. “Tommy” has it all: a solid uphill build, good feet with a solid heel, and three great gaits with an especially awesome canter and naturally active hind end. Tommy spent four years on the track and made 36 starts and nearly $60,000. He is currently in training at MAHR’s satellite facility down south, but remains 2019 RRP eligible. He’s proving to be a brave and self-confident riding horse and he’s going to be a super fun one for someone to bring along! 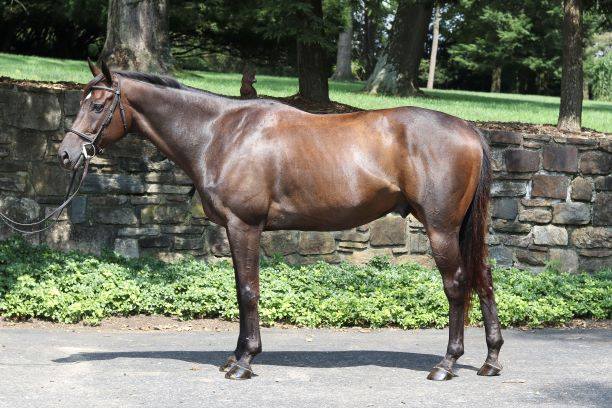 Perhaps taking a horse fresh off the track and training it up for the Thoroughbred Makeover isn’t for you, and that’s 100% totally fine. Consider then an RRP graduate, such as Speedy Caz Steel here. “Speedy” last raced in late 2016 and then went on to compete in competitive trail and dressage at last year’s Thoroughbred Makeover. He has now also started fox hunting and has shown that he is a confident jumper and just as well-mannered outside of the ring as he is in.