You don’t need a fancy young import to do well in the USEA Young Event Horse (YEH) programs — Cornelia Dorr and her five-year-old OTTB Brush Dance (Dance With Ravens – Phyxius, by Broad Brush) proved just that at the Maryland Horse Trials a few weeks ago. The Maryland-bred gelding – who ran five career races and never finished higher than 6th – earned a nearly perfect score of 95.5 (with the maximum score being 100) which, as far as anyone is able to tell, is a record high YEH score.

For anyone out there fearing an OTTB will be overshadowed in the YEH program: put those doubts aside and pick up an all-American sport horse prospect! The three horses on our wishlist this week will be eligible for the YEH classes next year: 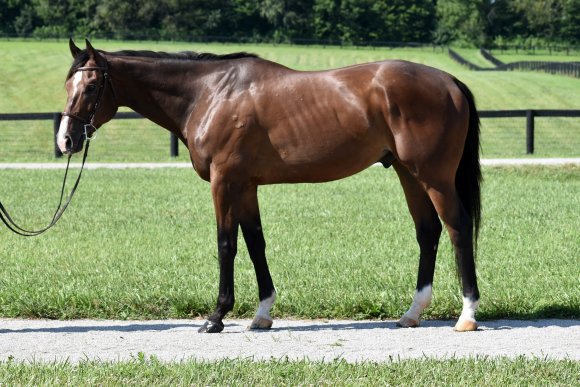 This unraced three-year-old, My Bitcoin, could be a smart investment for you as a riding horse A half-brother to American Pharoah, “Milo” sold for over a half-million dollars at the Keeneland September auction when he was a yearling. While it didn’t work out for him as a racehorse, you could really hit the jackpot if you’re the lucky one to take him home.

As a youngster, Milo is very green under saddle so he is still learning to balance himself and engage his hind end. He is a confident guy who seems willing to learn and his flashy gaits are only going to get fancier as his training progresses. In the barn, Milo friendly and playful. 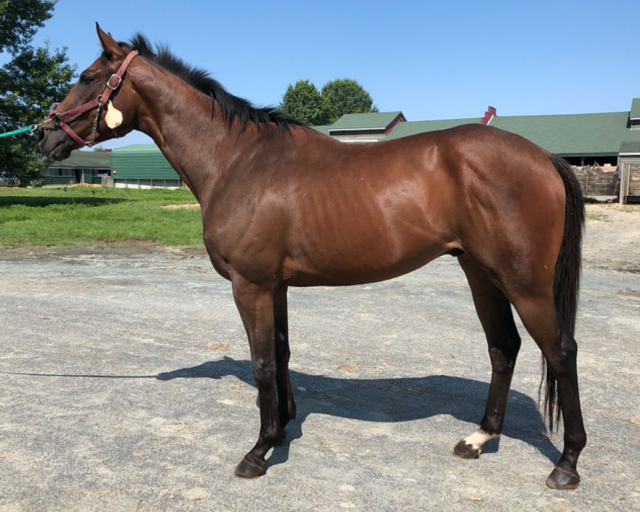 Wise Feature may be as quiet as they come. He never made it to the track since he showed no interest in racing. In fact, he showed so little hustle his trainer didn’t even bother recording any workouts! Perhaps a different career will be more to his liking and will pique his interest. Wise Feature has a lovely balanced frame and a kind eye. If you can get him motivated, he looks like a really nice prospect! 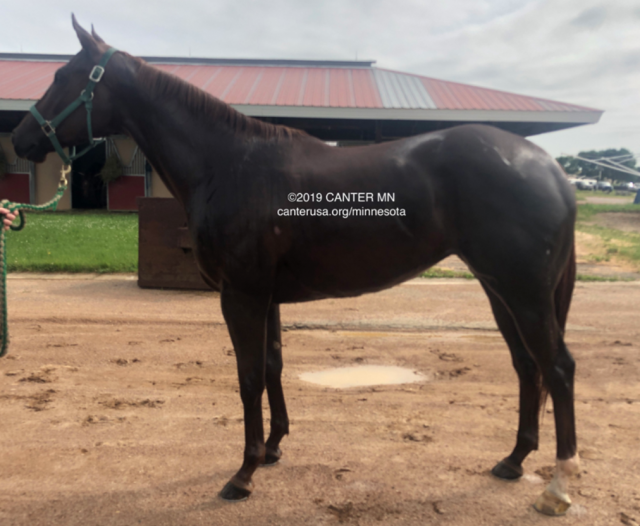 Lovely filly alert! Raziela is a sweetheart who thoroughly enjoys snuggling with her handler. She has run three career races and earned a measly $660 total, so she’s clearly not cut out to be competitive racehorse. She was retired with a foot bruise, but is otherwise sound and the bruise is already nearly healed. Her walk is nicely cadenced with a good swing and over-track. Razeiela seems to be the in-your-pocket type who will simply blossom once she finds her person.