The Breeder’s Cup comes to Kentucky this year, taking place at Churchill Downs in Louisville this Friday and Saturday, November 2-3. These two days of racing, considered the unofficial end of the racing season, see some of the best racehorses in the business battle it out for a coveted Breeder’s Cup title. It’s an achievement to make it into a Breeder’s Cup race, never mind win, and obviously there are many that don’t get there.

Here are three such horses you won’t see racing this weekend. In fact, they’re looking for new careers. Could one of them be your very own champion? 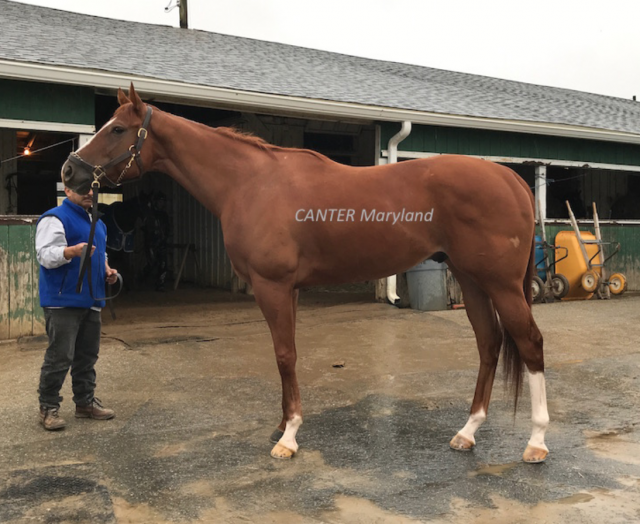 This striking chestnut should pique the interest of anyone looking for a classically well-conformed thoroughbred. The only problem is that he’s recently bowed a tendon – but wait! Don’t just keep scrolling! If you’re patient and willing to give True Cat a little more layup time, you could have the deal of the century on your hands. True Cat’s bow was mild, it’s already cold, and the prognosis with proper rest is excellent – he should have unlimited potential.

Not only does this gelding have great bones, but his sweet, amateur-friendly personality makes him a barn-favorite – and that’s saying something given that he comes from a big barn and a trainer who’s worked with many, many horses. His trainer says he’s a great mover and his exercise riders comment on how nice and easy to ride and gallop he his. Put a little love into this guy and you truly have a head-turner on your hands! 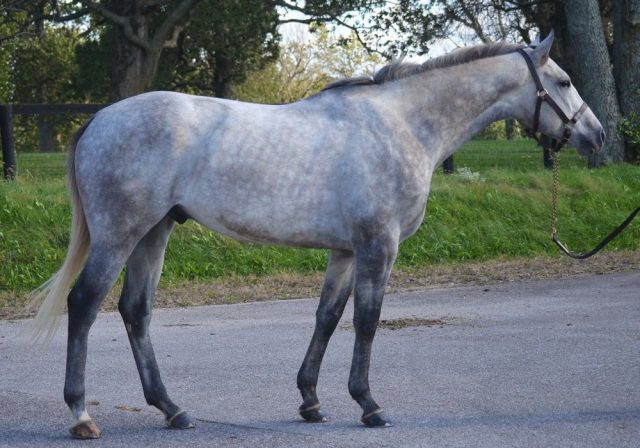 War of Ideas goes by the name “Warrior” around the barn and it’s a fitting name after all this handsome gelding has been through. He was retired after four starts and almost $57,000 in earning after a knee injury and a guttural pouch infection. His owners didn’t want to incur the expense of treating him, but Dr. Liz Barrett of Hagyard Equine Medical Institute saw something in him and offered to pay for his veterinary expenses if MMSC would take him on. Since then the infection has cleared, his knee has stabilized, and he has begun retraining. Warrior is working w/t/c and going over ground poles under saddle and has just started some free jumping as well. So far his proving to be and honest and willing partner and a balanced and athletic mover. 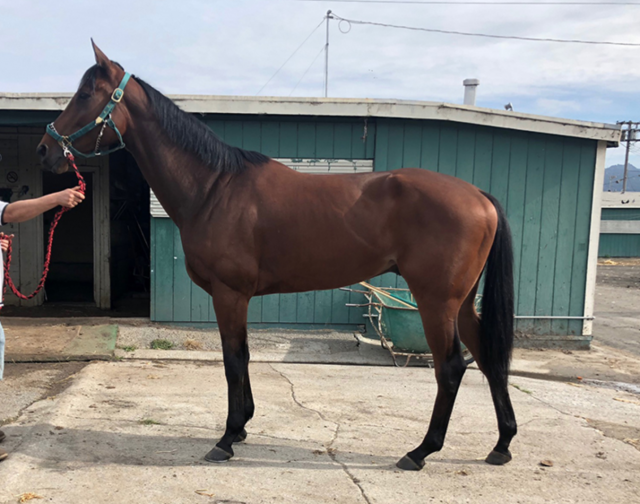 War in the West. Photo via CANTER California.

After six starts, War in the West shows no promise as a racehorse. He’s said to have been retired sound, just slow, and is an uncomplicated character. His jog video shows a nice loose trot with good reach. He is nicely built with a neck a mile long and an uphill build. He stood very nicely for his CANTER photoshoot and appears to be an easy-going, personable guy. Bring him home and make him yours!

View War in the West on CANTER California.