We’ve made a few Game of Thrones references here on the Weekly OTTB Wishlist before, mostly through horses with GoT-inspired names, but are you ready for an all-out anthropomorphism of OTTBs to some of our favorite characters from the series? I mean, after that finale anything goes, right?

This week we’ve found three Thoroughbreds who embody several of the Starks. OTTBs are coming, my friends: 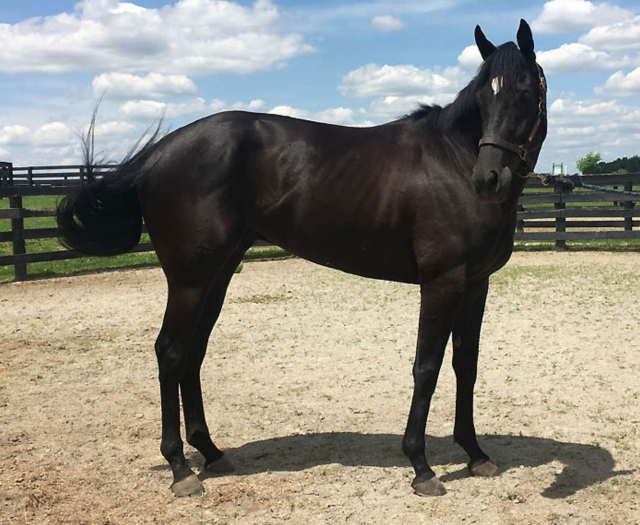 He’s got gorgeous dark locks and he’s handsome as heck: yup, Five Arches is Jon Snow in horse form. (And listen, I know full well that Jon Snow isn’t technically a Stark, but like he basically is and did you really want me to write about Bran instead?)

Five Arches is young and with only seven races to his name he basically knows nothing, but he’s RRP 2019 eligible if you want to teach him something! His sire is no Targaryen prince, but he does have some racing royalty bloodlines in that his sire is a multiple Grade 1 stakes winner and 2011 Kentucky Derby runner. Unlike his father, Five Arches was too slow of a racehorse so his connections opted to retire him while he is still sound. He’s a recent acquisition to Second Stride Inc.’s Moserwood Farm so his full evaluation is still pending, but it’s looking like he’ll have no limitations to a second career. So far he has been a kind and quiet horse to handle and work with. Just like Jon, it seems like he just wants to do the right thing. 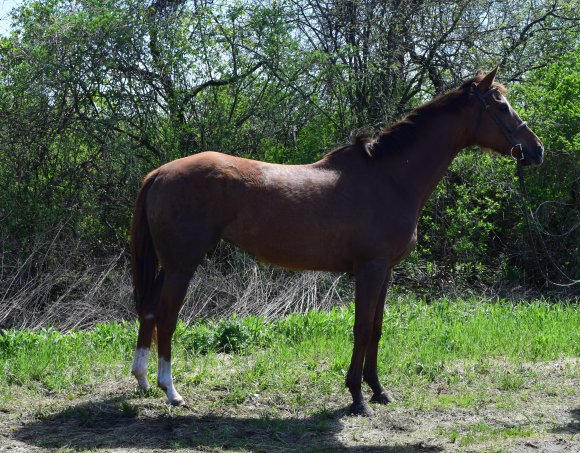 The picture is a little dark so it’s a bit hard to see (but hey, hasn’t that been this whole season?), but make no mistake this chestnut mare is a queen. Rare Tale is our Sansa Stark, and, given that she’s located at New Vocation’s upstate New York location, she really is Queen in the North!

Rare Tale has the kind of regalness about her that will turn heads and command respect anywhere she goes. Her conformation is lovely for dressage and eventing and after a year off trainer’s farm where she was turned out with a herd of other mares, she’s already had ample letdown time and is ready for a new career.  She has no known injuries and the New Vocations staff have already restarted her under saddle and are impressed by her beautifully balanced gaits and natural lead change. Perhaps unlike Sansa, who we honestly can’t really blame for being a bit hardened to the world, Rare Tale has an in-your-pocket personality and absolutely just wants to do what she can to please. 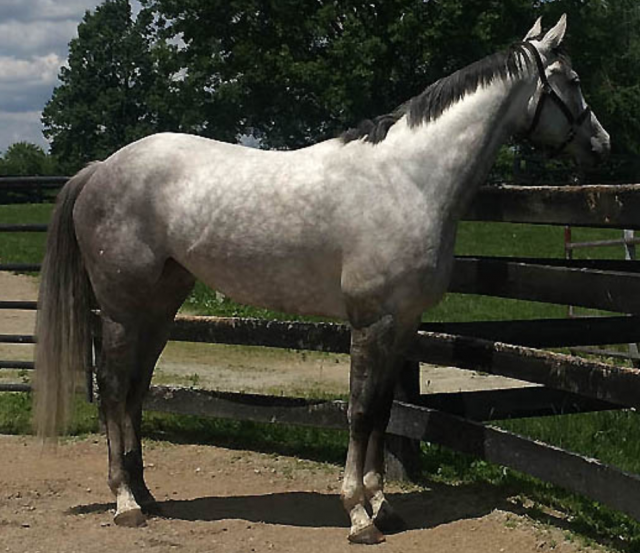 With a name like Knockout Girl this mare is obviously our Arya Stark of the bunch. She seems relatively quiet and unassuming, but with 29 career starts Knockout Girl is the most experienced out of our three OTTBs today. 19 of those starts were in-the-money finishes, including 7 wins, which serves as a testament to the fighter that this mare is.

Knockout Girl also has the same connections (owner and trainer) as Five Arches (our equine Jon Snow) above. Though they’ve been temporarily reunited at Second Stride Inc., Knockout Girl is ready to take off on a new adventure and enjoy a second career.