The show must go on, and the 2020 Triple Crown will indeed happen — just not how it usually does.

We knew it wouldn’t be a normal year when the Kentucky Derby was postponed until September and the Preakness Stakes to October due to COVID-19, but there’s an extra bit of strangeness added to the whole situation as it was recently announced that the Belmont Stakes, which was originally scheduled for June 6 will instead be held on June 20 and will be run sans-spectators. It will also be shortened from its usual 1 1/2 mile distance to 1 1/8 miles and the purse reduced from $1.5 million to $1 million.

This means that, what is normally the last and longest leg of the Triple Crown, will serve as the first leg of the three race series this year and there will be 15 whole weeks between the first and second races. It’s been a weird, weird year already — so what’s a little extra oddness added to the Triple Crown to make things really unique?

Here are our three OTTB picks of the week — could one of them be a jewel in your crown? 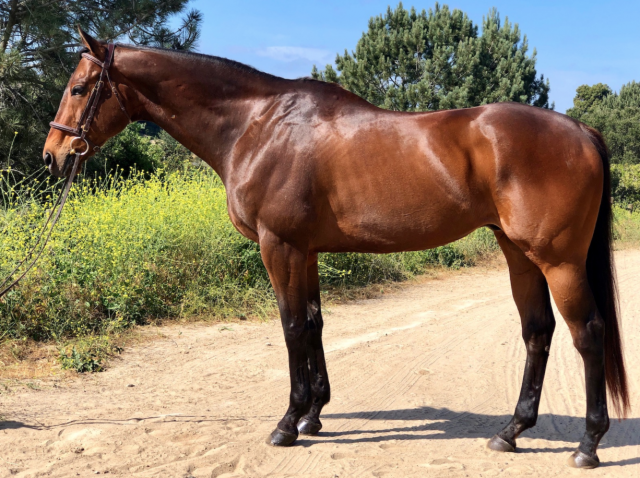 Roman is a real warhorse ready to show you that he can find success in not one, but two careers. A veteran of the track, “Roman” raced 53 times and earned $261,814 before retiring in 2018. After a nice long vacation that has left him feeling rested and refreshed, he’s been back under saddle for the last few months in a training program full of arena work, trail rides, and turnout time. Those currently working with him have found him to be an energetic guy who has thrived being a program where he’s working 5-6 days a week. It really seems like this guy wants to and really has the potential to thrive in a new sport! 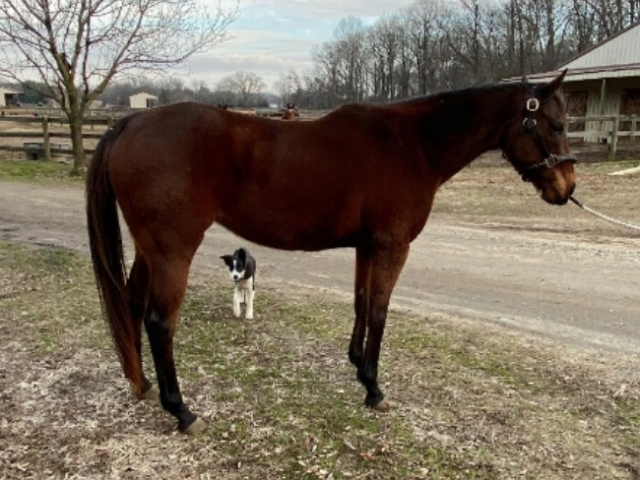 Precious Concern was first re-homed a few years ago after retiring from racing, where she made six starts with no top finishes, in 2017 with a bowed tendon. She was fully rehabbed and went on to compete in some eventing and show jumping with her owner. Unfortunately, due to a divorce, she’s now back with her race trainer (that part isn’t unfortunate — her race trainer obviously cares where their horses land!) and looking for a new person. Why don’t you take her home and see what she can do with you? 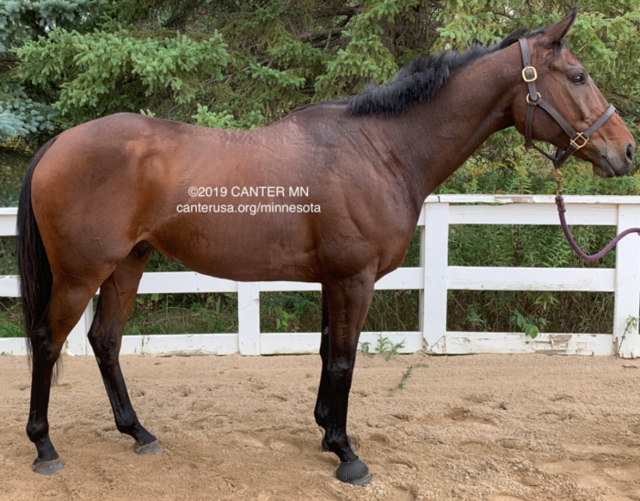 “Honor” came off the track in May of 2019 and was originally re-started by a teenage pony clubber who rode him several times a week and started him over fences. He’s since continued to work under folks at CANTER’s Minnesota branch and his riders there confirm that he’s a good solid citizen and can be ridden safely in or outside the arena and really brave (though still green) over fences. He really has the zest and eagerness to jump and has the potential to be a great event horse for someone, but that someone needs to be willing to invest the time into doing proper flatwork with him so that he can strengthen his back and carry himself with more balance.