What’s in a name? This seems to be a recurring question surrounding competition horses. Often it’s a hark to a horse’s lineage. Sometimes it’s a reference to something sentimental to the owners. And with some frequency, it’s just totally random and arbitrary.

Even though it has no bearing on the performance potential of a horse, I think we’d all be lying if we denied being initially attracted to horses with names that we like. This week, here are three good-looking horses with great names as well: 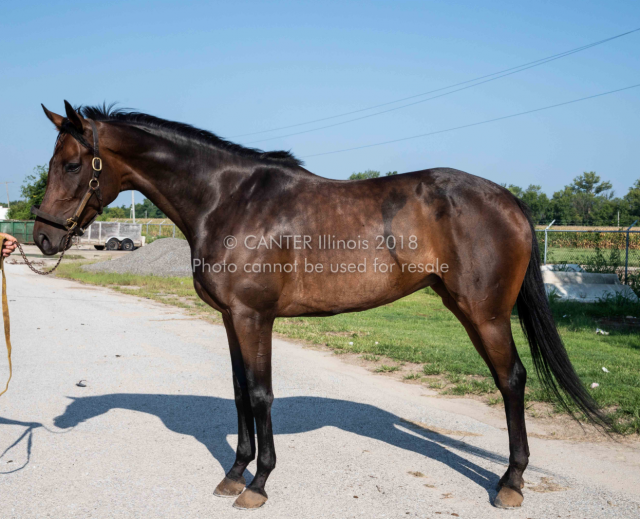 What’s in a Name. Photo via CANTER Illinois.

What barn name would you bestow upon this horse? The options seem unlimited given her Jockey Club registered name. This stately bay has very nearly reached war horse status with 49 career starts, but her owner is looking to get out of racing so she’s retiring sound. What’s in a Name has been hanging out at her owner’s farm since her last race, but does have an August 2018 workout on record which would make her RRP eligible. She’s a sweet name and a nice mover (even with a twisted shoe as in her jog videos!)

View What’s in a Name on CANTER Illinois. 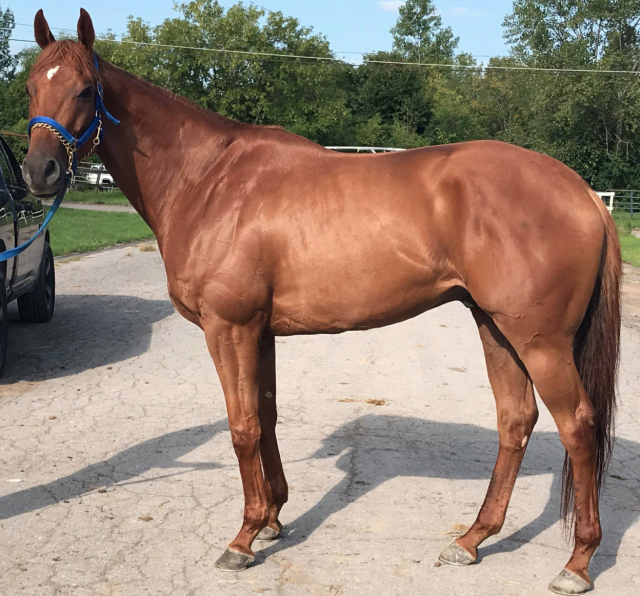 This is a Jockey Club names that embodies what an eventer needs to be, so I really hope we end up seeing this one in a start box someday! Whether it’s a stalwart partner through a long one-day event or a horse who brings their A-game to the final day of competition, we all want a “Sunday Soldier” who can get it done. This horse has been a barn favorite and a decent racehorse as well, winning just over $40k in 21 starts, but his success means that he is now only eligible for the more competitive races at Finger Lakes and he’s just not quite fast enough to finish well in those so it’s time for him to switch careers. Sunday Soldier is strong-looking, nicely built horse and he’s great to work with on the ground as well. His handler calls him an agreeable, well-mannered guy who’s nice to work with every day. 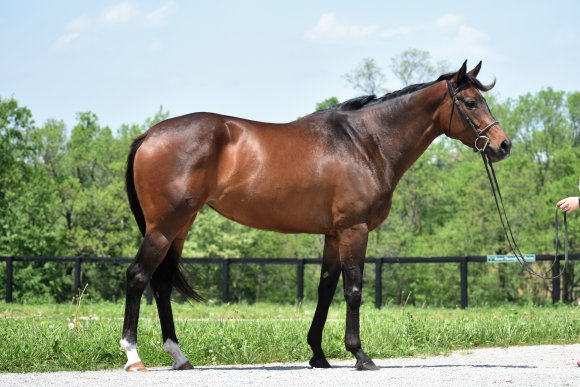 It’s true, you know, and this sweet mare should be no exception. She’s a little unsure of herself right now, but with a confident and quiet experienced person to take her on she could really shine. Right now she is being restarted under saddle and is working through some nervousness during mounting. The folks at New Vocations have had her checked by a chiropractor and no issues were found, so she is suitable for all disciplines. She is otherwise an easy keeper who gets along well in other mares in turnout and has no stall vices.