Not every available OTTB is straight off the track and green as grass. Many of the aftercare organizations whose horses we feature week after week take great care to give their charges the best possible beginning in their new careers by giving them the building blocks they need for success as riding horses. Many organizations also watch out for the horses who have come through their program by offering to take them back and re-home them should their original adopters need to place them for any reason. Because of this, you can nearly always find some OTTBs who are already off to a good start in their second careers if you’re not looking for a horse directly from the track. This week we’re highlighting three such horses from three different fabulous organizations: 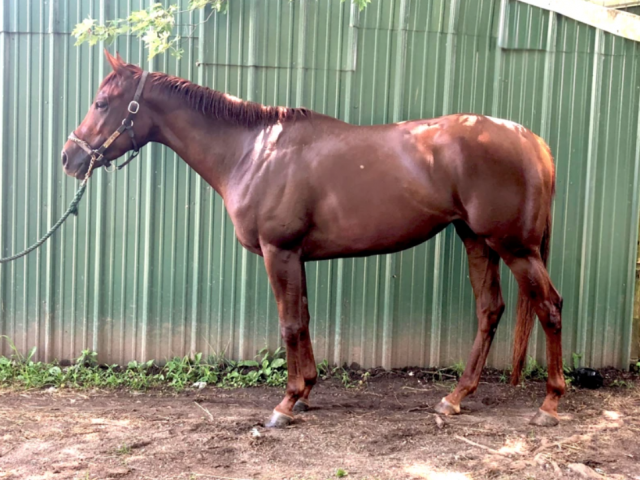 “Skies” is a chestnut mare with a great attitude, always coming to work ready and willing and she enjoys learning new things. Her attitude is so great in fact, that she can even be ridden bridleless. Skies has actually done a lot of different things since last racing in 2017 and retiring after four starts. This mare has gone to dressage and hunter/ jumper competitions, been cross country schooling, and even participated in a mounted archery clinic. 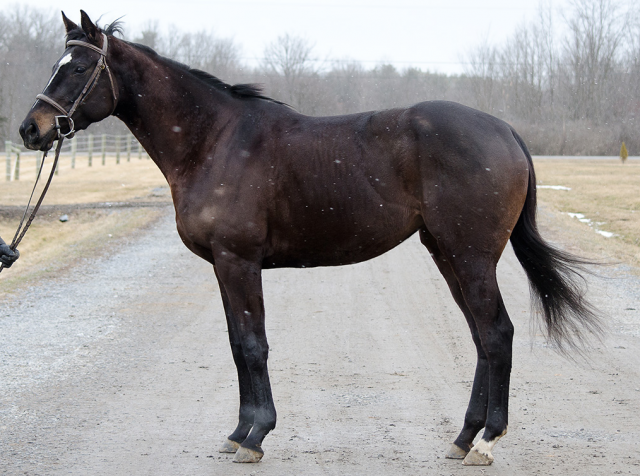 That’snothername is in fact her name, but she’s better known around the barn as “Joanie.” Joanie is a New Vocations alumni originally adopted out last year and she’s recently returned through no fault of her own to find a new family. She’s an easy going mare who retired after three career racing starts with a chip fracture that was then successfully rehabbed. Joanie is a forward ride, yet goes quietly at all three gaits and is enjoying starting over cross rails now. 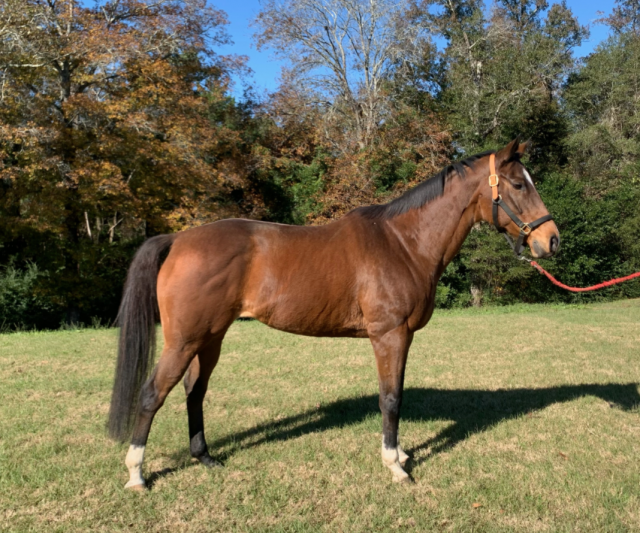 It’s hard to believe by looking at her now, but Omni Precious was nearly a kill pen horse. The folks at Mid-Atlantic Horse Rescue (MAHR) originally purchased her at New Holland from a kill buyer who had bought her off the track in 2011. She was adopted out and has had several years of professional dressage training, but her adopter’s situation has unfortunately changed and she finds herself back at MAHR looking for a new home. “Sierra” is an honest, brave, and forward mare and the MAHR staff are looking forward to starting her over fences during her time with them.