OTTBs are among the most prominently represented breed in the eventing world. Each day, hundreds of ex-racehorses find themselves at the end of their racing career and in need of a new home. Luckily, organizations such as CANTER, New Vocations, Recycled Racehorses, and many more are always on alert for new horses that are ready for second careers. Each week, we'll be bringing you a few OTTB ads that caught our eye. Keep an eye out here for your next eventing superstar!

As the new season gets ready to kick off, many horses are getting out to their first competitions. Some of these horses are off the track and experiencing a new career. With programs such as the Thoroughbred Incentive Program’s award for the highest placed OTTB at events and horse shows around the country, advocacy for the OTTB is always increasing. Let’s get some more of these horses into their new homes and strutting their stuff in the show ring! 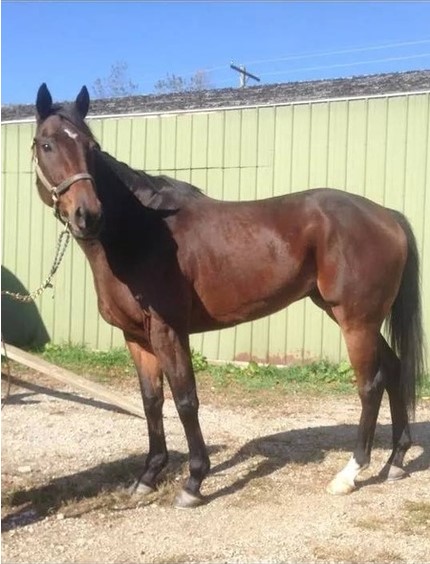 Our first featured horse this week is listed with CANTER Mid Atlantic. Gold Line (Gold Tribute – Silk Line Lady, by Plain Dealing) is a 2005 model standing 15.3 hands. This guy ran an incredible 74 times and is a $100,000 winner. Since retiring in November, “Goldie” has been ridden around his owner’s farm and seems to be taking to life off the track just fine. He’s said to be sound on old osselets and is ready to move on to his next career. War horse fans, this one’s for you! 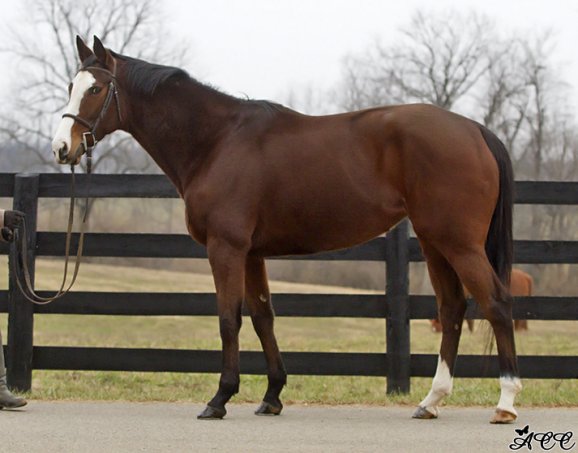 Our next horse is Nstantgratification (Toccet – Lord Remember Me, by Lord At War (ARG)), who is available for adoption through New Vocations in Lexington, Kentucky. This 2007 mare raced 45 times before retiring near the end of August in 2014. This lady stands 16.1 hands and has already been started with her re-training. She’s an alpha mare who is forward thinking and eager to get going, so she just might make the right eventing or jumper partner for an experienced rider. 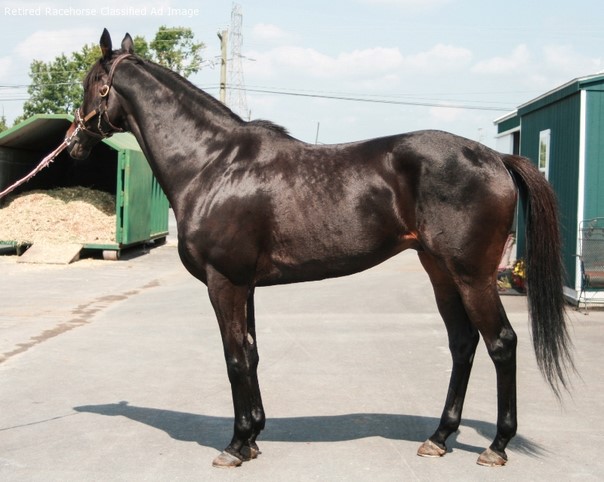 Photo via the Retired Racehorse Project/Turning For Home.

For those of you who followed racing in recent history, this one might catch your eye. Meet Piscitelli, who was sired by 1998 Belmont Stakes winner Victory Gallop. Piscitelli (Victory Gallop – Rayelle, by Relaunch) is a 2007 gelding standing 16 hands. This guy is our winningest horse for the week, earning nearly $250,000 over 40 starts.

Piscitelli was on the Kentucky Derby trail as a 2-year-old and finished fourth in the Breeders’ Cup Juvenile in 2009. His last graded appearance was in the 2010 Holy Bull Stakes, where he finished ninth.

This guy eventually switched to running on turf, and he’s stayed sound throughout his career to continue on to his new forever home.