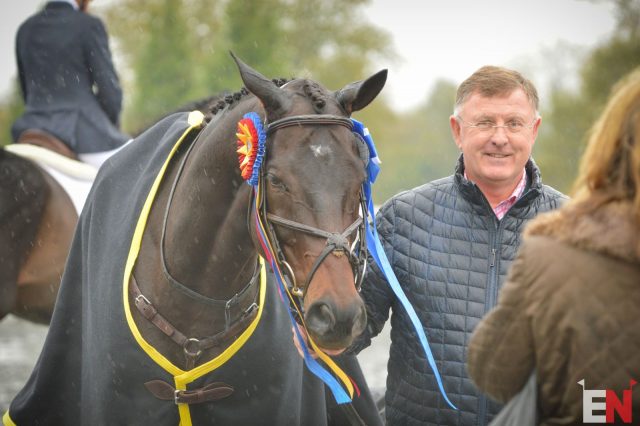 Frank McEntee proudly poses with Paddy the Caddy, a horse he originally bred for racing, after their big Fair Hill win. Photo by Abby Powell.

Still owned by one of his original breeders, Frank McEntee, and having previously been race trained at the Fair Hill Training Center, 12-year-old Paddy the Caddy‘s story came full circle this weekend when he and Erin Sylvester won the 31st, and final, running of the CCI4*-L at the Dutta Corp./ Fair Hill International Three-Day Event.

Bred in Ireland by Frank McEntee and David O’Reilly, “Paddy”(Azamour – Slamy, by Grand Slam) was too small to be a sales prospect as a yearling, so Mr. McEntee chose to import him to the U.S. and placed him in training with Graham Motion who bases his program at the Fair Hill Training Center. Paddy only ended up clocking in a handful of timed workouts and never started in a race, so Mr. McEntee took him home and turned him out for a few months before asking Erin Sylvester, who his daughter was taking lessons with, if she could restart him and eventually turn him into a mount for his daughter.

After a fews months working with Paddy, Erin had other ideas: she saw the makings of an event horse in him. Paddy made his Novice level debut  in 2012 and his Advanced debut in 2016 with Erin as his sole rider and with Mr. McEntee supporting him through his entire career.

In honor of Paddy the Caddy, this week we’re featuring three unassuming bay geldings you could call your own. Who knows what they could eventually achieve? 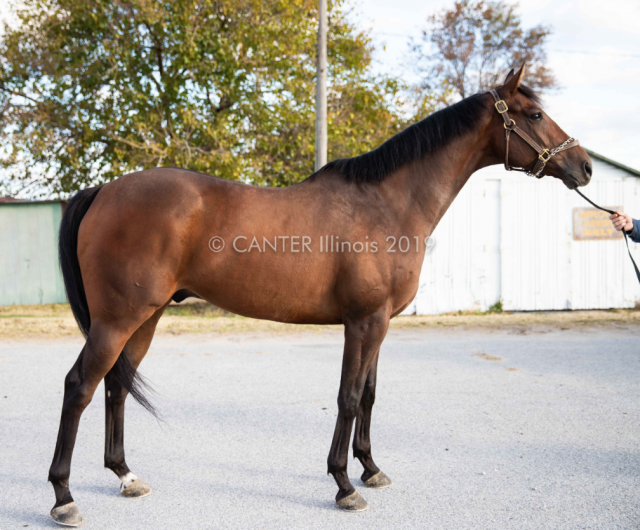 Robbie Jones is coming off the track after 19 starts and $14,662 in earnings. He had a few good finishes early in his career, but lately he’s been at the bottom of the pack so it’s time for him to move on and see if he has a different athletic calling. His lovely uphill build, shoulder, and neck paired with powerful hindquarters make it look like he has all the makings of an event horse. 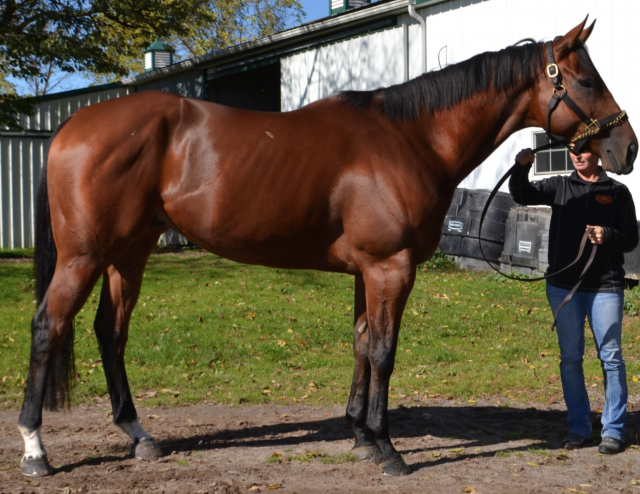 Don’t worry — this guy isn’t actually a medical marvel! He’s retiring sound after a few published workouts, but remains unraced. He’s been aptly nicknamed “Big Dude” around the barn, but he’s really a gentle giant. Big Dude is already getting to know what life off the track if all about and has been enjoying some turnout time on the farm with a group of other horses. He’s also already being taught to lunge, including over ground poles which he found to be no big deal, and appears to have a great attitude about going to work. 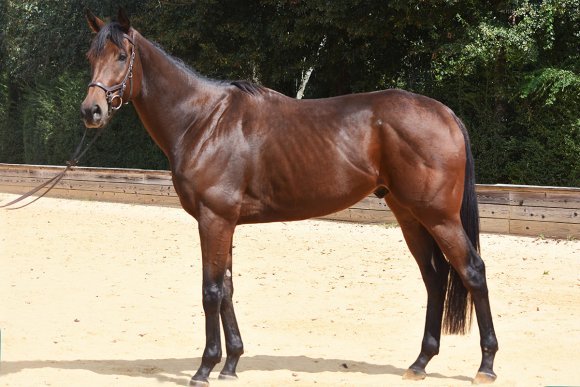 You need to check out Drewmisterio’s under saddle photos, because after just five rides the folks at New Vocations have pegged him as a serious upper-level prospect due in part to his spectacular canter. This big, uphill-built, and athletic guy and can be a bit exuberant under saddle, but never in a bad way. On the ground, “Drew” is a total gentleman and loves soaking in attention. After making 2 starts and earning a respectable $74,620 on the track, Drew is already happily hacking out on the trails, walking through water, and trotting over ground poles.