Thoroughbreds made up 4.8% of the horses running at Badminton Horse Trials over the weekend, and among them was the American-bred off-the-track-thoroughbred Captain Jack. “Cappy” is a 2003 New Jersey-bred gelding who actually raced under the Jockey Club name Captain Frank 19 times without breaking his maiden before finding his second career in eventing. Badminton marks the fourth five-star completion free of cross country jump penalties for Cappy and Woodge Fulton.

In honor of Cappy, this week we bring you three bay OTTBs ready for a new career of their own: 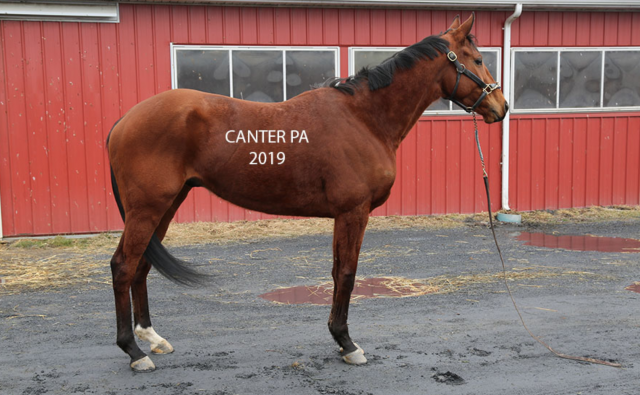 We Wilburn You. Photo via CANTER PA.

We Wilburn You (WILBURN – WE USE TO SING, BY MINESHAFT): 2014 16.0-hand Pennsylvania-bred gelding

We Wilburn You is a real barn favorite thanks to his kind and easy-going personality (notice that there is no one holding his lead …) His trainer says he’s “just a good egg” and actually wanted to keep him for herself as a foxhunter. Time contraints for his sale, however, so her loss is your gain! We Wilburn you last raced at the end of March and has made a total of 41 career starts with modest earnings of $47,000.

View We Wilburn You on CANTER PA. 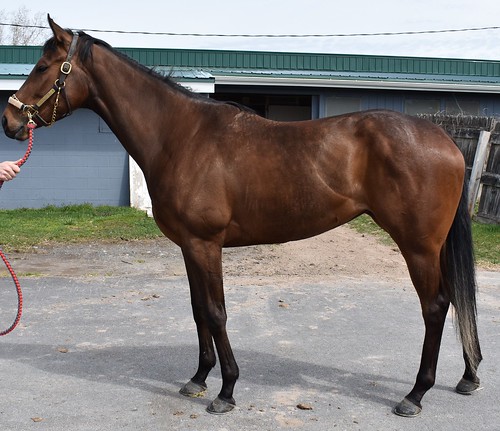 Box of Cash — we wish, right?! But this little filly could still prove pretty valuable someday. “Ashlee” is described by her connections as hard working, but hard headed. She’ll need an experienced owner for this reason, but if you get a mare like this on your side they’ll jump the moon for you. Ashlee isn’t showing potential in her race training and therefore hasn’t made a start yet, but she’ll continue in training until someone nabs her for a new career. 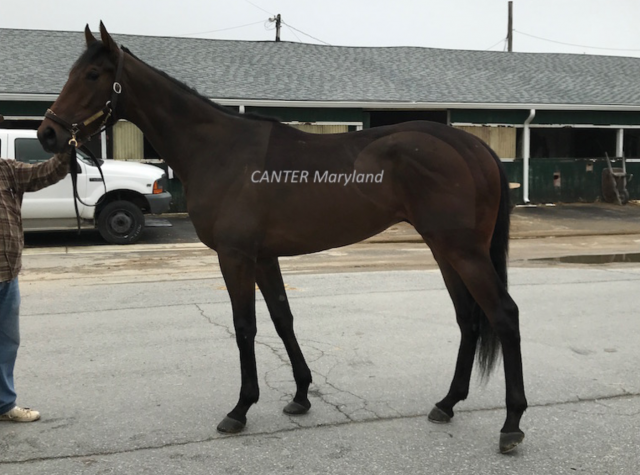 Tall, dark, and handsome, three-year-old Lucky Bull is still growing and may very well top out at 17.0-hands or over. “Lucky’s” trainer says he’s a real gentle giant and calls him “incredibly docile.” Lucky has raced eleven times without a win so his connections think he’ll be better suited to a different sport. This is the kind of youngster that could benefit from a little downtime to grow into himself after leaving the track. Once he’s matured a little more