Fall has well and truly set in and as the mornings grow colder winter grows closer, which means that racing meets are beginning to wrap up for the season — particularly more Northern ones. Finger Lakes Racetrack in Farmington, New York will be finishing up their meet next week and trainers are thinning their herds as they prepare to head south. Some horses just aren’t fast enough racehorses to make it worthwhile to keep in training through the winter, but they certainly could make you a great next partner.

Here are three good-looking ex-racehorses from Finger Lakes ready to come home with you: 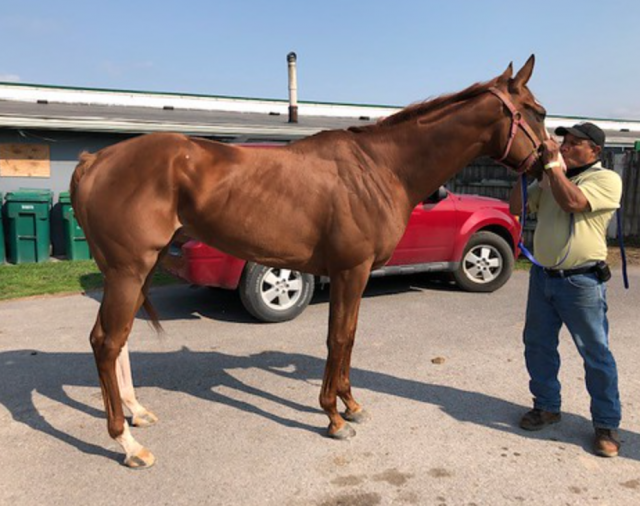 This flashy chestnut mare hasn’t been particularly competitive on the track, but she does have a decent sport horse pedigree so she may very well have more success in other disciplines. “Molly” had throat surgery to correct a partially paralyzed flap early this year and has raced 6 times since then. She should have unlimited potential for any discipline and does not “roar”. 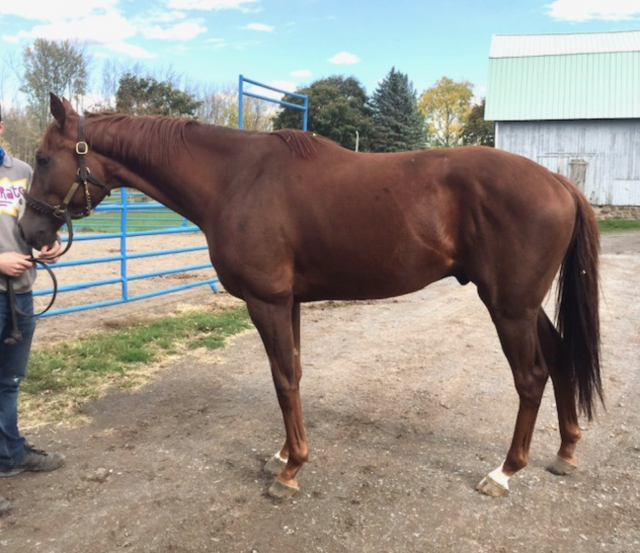 “Cougar” is exactly the kind of horse you can so easily picture galloping across country, cantering a course, or being fancy in the sandbox without having to think too hard. This gelding’s lovely neck, shoulder, and uphill build don’t leave too many things to the imagination and he’ll only become more stunning as he finished growing and acquires some new muscling. His trainer, who also exercises him, says he much prefers galloping on grass rather than the dirt tracks he has raced on — that bodes well for being a future event horse too! 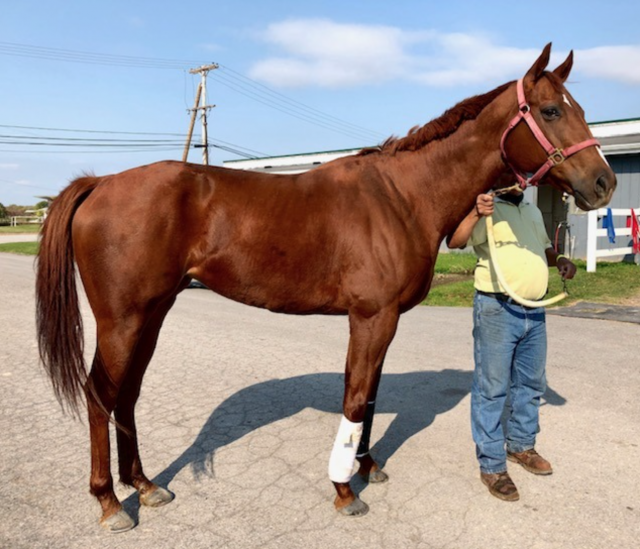 “Stoney” has become a track favorite thanks to her in-your-pocket personality and affectionate demeanor. She’s definitely not a stereotypical chestnut mare! Stoney is an athletic, durable mare and her trainer has raced her frequently since she says so sound. With $156,351 earned in 57 career starts, Stoney has reached war horse status and she has the easy-going temperament to go along with that title too. Don’t let the fact that she’s 8 years old deter you, scoop this delightful mare up!