How was your day on cross country? Our day started with another good bus ride, and we selected the cross country bus which took us directly down a paved driveway to be dropped off at the top of the lake right near the start box! Hooray! We had a short walk to the guys scanning tickets and were on our way for the day. I quickly did a little math; I asked my ticket-scanner how many he had done so far, he said 300-400 and there were 10 guys there, so we figured at least one hour prior to cross country, about 4,000 people were on course.

We saw a lot of horses and some really excellent rides — Ros Canter, Ingrid, Emma Tattersall, and Nicholas Astir stick out. Met a couple of British eventers, who told us they never got to see a horse at France at the last WEG, because they were stuck in traffic six miles away; they were happy they were on course before the first horse was even down to the start box, thrilled to be able to see everyone go this time. I met an endurance rider from Khazakstan and commiserated with her over the endurance race and she was OK about it, things just happen, she said, we will work for the next one. We walked back up Heartbreak Hill in time to see the last horses come through the last jumps and was a part of a small group that cheered for every rider to get them home.

Here are a few photos: 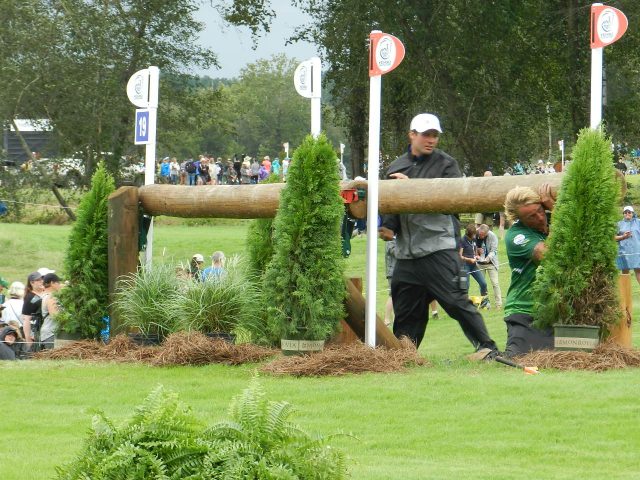 The crew fixes the pin on the oxer at the fountains. Photo by Holly Covey. 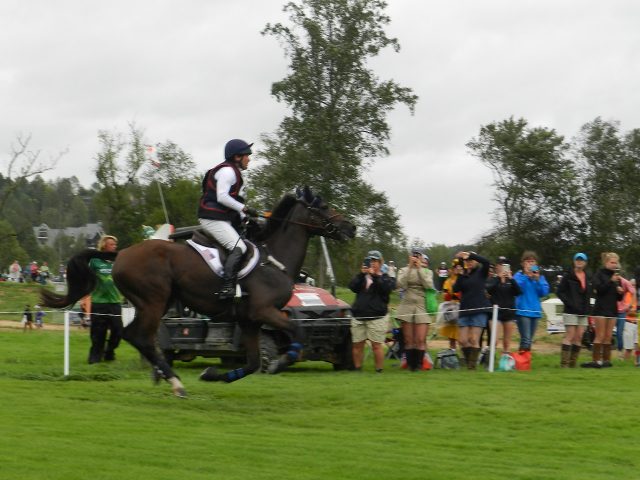 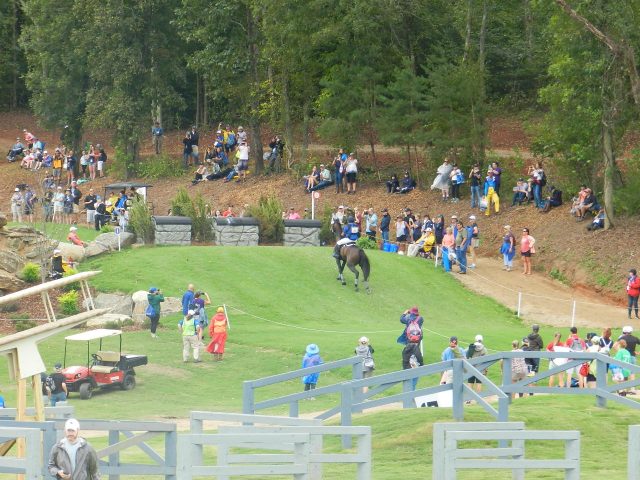 Up the hill to the rocks. Photo by Holly Covey. 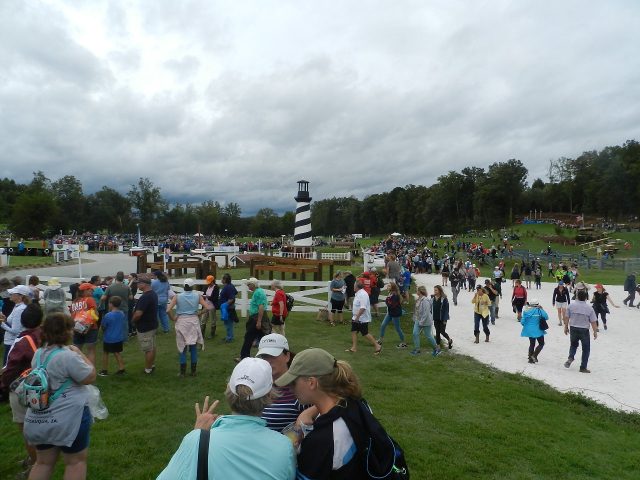 Water jump was mobbed all day. Photo by Holly Covey.