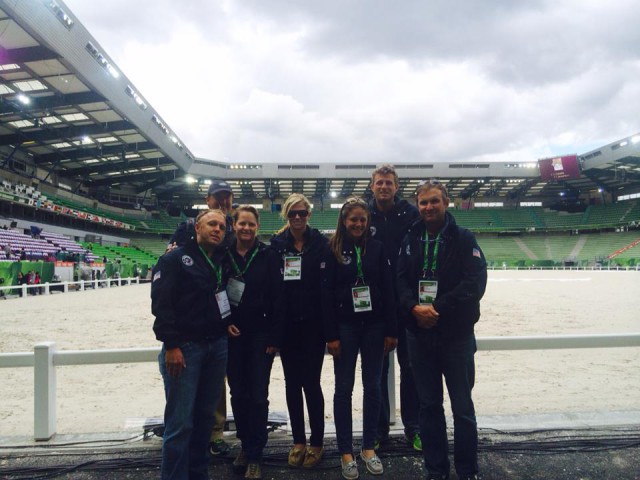 Team USA checks out the Stadium arena prior to the opening ceremonies. Photo courtesy of Lynn Symansky.

If you didn’t watch the World Equestrian Games Opening Ceremonies, a) what is wrong with you and b) you seriously missed out. I’ve seen some Olympic opening ceremonies that were put to shame by what just happened in France. I mean, it was absolutely mind bogglingly awesome. If you missed it, you should definitely check out Sally’s live thread of the action HERE, because holy cow.

I mean, really. I think the French take their horse sports seriously. Princess Haya did say that they are the biggest contributors to the FEI, with the most competitions per country, so that’s pretty significant.

From mountains, to Vikings and art to sport, we have seen nothing short of extraordinary #WEG2014pic.twitter.com/IiBEe076Yg

Meanwhile, back in Chantilly before the action of the night, Team USA members Lynn Symansky and Donner enjoyed an early morning jump school with team show jumping coach Silvio Mazzoni. 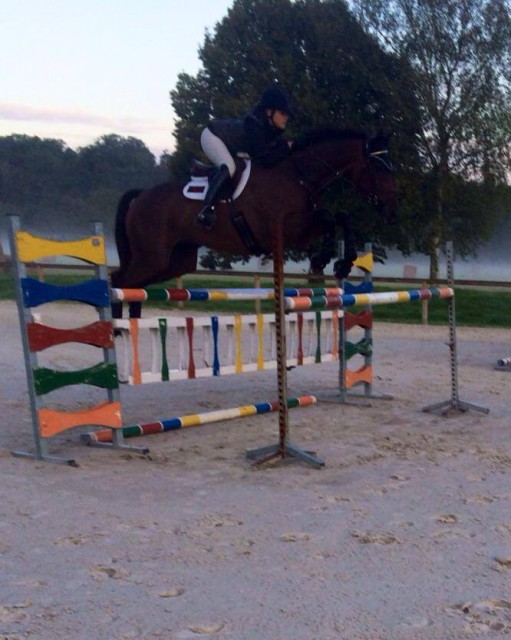 And Hannah Sue, preparing for Burghley the following week, took Harbour Pilot (William) out to the gallops and gave us an awesome tour of the absurdly beautiful surroundings.

Canada had a pretty awesome day too, starting with some final gallops at Barbury … 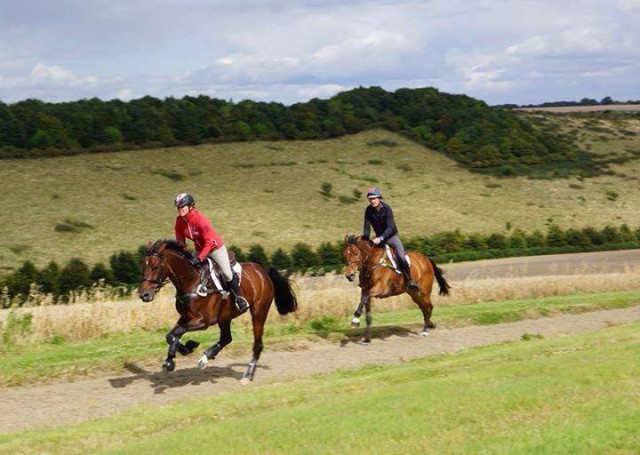 And of course a video, courtesy of Selena O’Hanlon.

… and then some work on the official jog outfits, clearly put together by the boys … 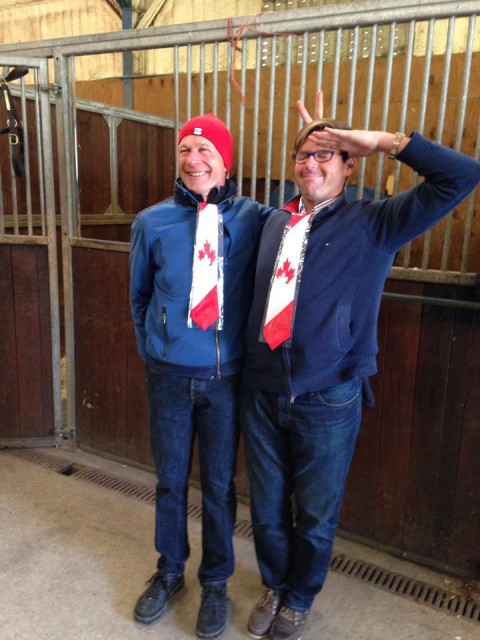 And of course we can’t finish the day without relaying a very special message from Ginny to all her fans out there!

Great Britain! Where have you been?! Why aren’t you guys tweeting more! At least Harry Meade is letting me know what’s up.

Jess has been busy packing for WEG – ready for the off in the morning! @TeamGBR pic.twitter.com/sklchsGPGr — Harry Meade (@Harry_Meade) August 23, 2014

While we are at it, look at this adorable sign that Harry Meade came home to today. I mean, could this get any cuter?

Lots of excitements – arrived home to find a houseful of people for a surprise WEG send off! pic.twitter.com/uooJTK31Gk

The German team also enjoyed a last canter uphill before departing for Normandy. From Ingrid Klimke’s FB, loosely translated: “Last canter work on the mountain. It felt good, but the clouds have not let the sun shine through. The Rodderberg is just great, with long stretches uphill. The footing was great and the new large outdoor boxes created by Karl Schneider have made FRH Escada JS feel very comfortable. We are ready for the next adventure! Tomorrow morning we are going to Normandy!” 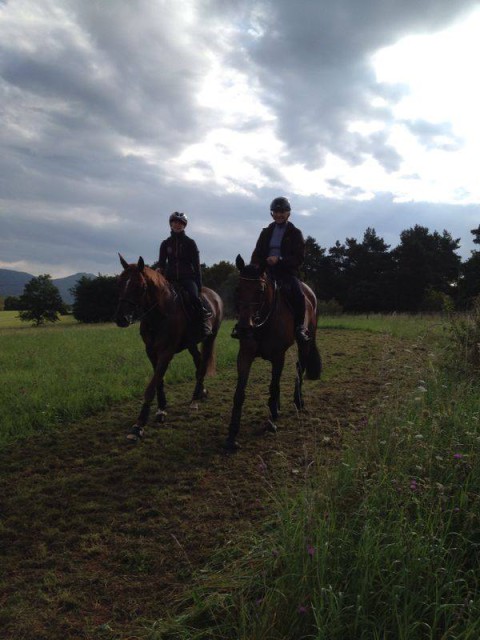 Michael Jung, clearly not wanting to lose his title of “rider who uses the most smiley faces on Facebook,” gives us this update: “Today Rocaná had great fun because work was located on the mountain romp :)” 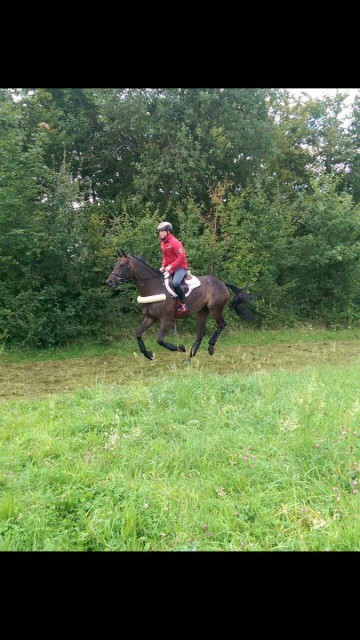 And in closing, this pegasus.