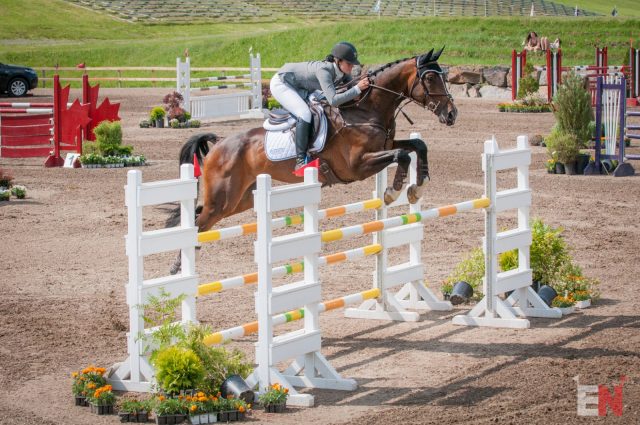 Jordan Linstedt and Revitavet Capato, a 14-year-old Hanoverian gelding she owns with her mother Barbara, pulled off a wire-to-wire win today in the CCI3* at the Pedigree Bromont CCI Three-Day Event in Quebec, Canada.

A dressage score of 43.2 gave them the early lead, and they held their position after adding 1.6 time penalties on cross country yesterday. They had rail in hand but had more breathing room after rails went flying on Marc Donovan’s tough show jumping course today. Two rails and three time penalties gave them a final score of 55.8.

“I was really nervous today. I really wanted to finish on top and I kept telling myself it was for my horse,” Jordan said. “I think Capato is absolutely incredible and he’s the horse I’ve learned so much with in the past years … He’s been one I always thought could consistently win.” 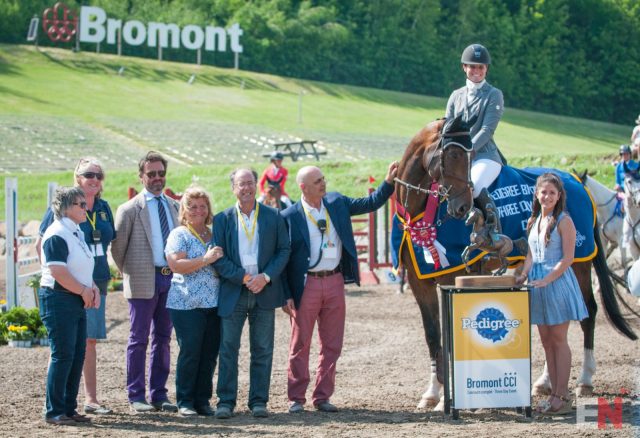 Jordan’s plan was to go in the ring and take her time knowing she had some room to spare, but nerves can be difficult to overcome and she thanked her fellow competitor Kylie Lyman for giving her much needed encouragement in the warm-up: “Don’t be nervous, just have fun!”

Jordan has been living in her horse trailer and competing on the East Coast since mid-March. She said that while it’s been an incredible educational experience, she’s looking forward to going home to Washington State.

“I’m thankful for everyone at home that’s allowed me to be gone from my barn and all my other horses to do this because I really needed to for Capato and my goals for him,” Jordan said. 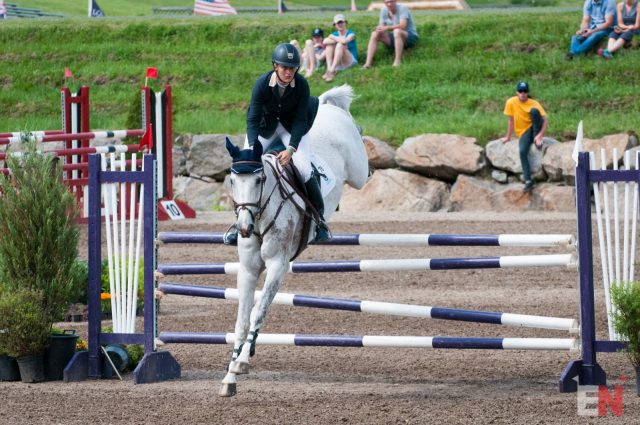 Sara Kozumplik Murphy admits to taking too much advantage of Rubens D’Ysieux’s experience after buying him with the help of the Rubens D’Ysieux Syndicate last year, so she took a step back and started working on building a partnership with the now 12-year-old Selle Français.

Their hard work paid off at Bromont with a dressage test that put them in third place on the first day. After falling to 10th due to time penalties incurred on cross country, they produced the only clear show jumping round inside the time in the division to move all the way up to second place on a final score of 58.2.

“He’s an unreal horse and a lot of things had to happen to be able to have this horse and keep this horse,” Sara said. “I just wanted to take my time and get to know him a bit because I made a mistake trying to move quickly when I first got him … I backtracked with a different plan this spring. He’s one of a kind.”

Sara and “Rubens” had a brilliant spring season with three top-five finishes at the CIC2* and CIC3* level, as well as winning the $15,000 Ocala Horse Properties Eventing Prix hosted by Southern Cross Equestrian in March, and the inaugural $50,000 Devon Arena Eventing class at the Devon Horse Show & Country Fair last month.

Sara said Rubens is “like a circus pony. He comes in the ring and puts on his unicorn horn.” Looking to the future she feels like she’s learned a lot from this experience. “I haven’t ridden a lot of horses that I haven’t brought along myself, but I have so much information now going forward.” 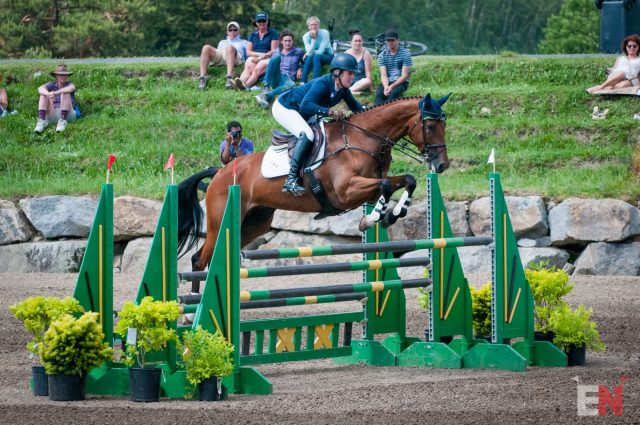 “Obviously I’m thrilled with the result on paper but it was not the round we were hoping for,” Kylie said. “I didn’t want to go in there and let him down and take the pressure off him. He went in the ring ready to do his job and I think I over-rode him a little bit.”

On the up side, “Loopy” comes out of the competition feeling fit and fabulous. Kylie had not planned to do a spring three-day with him except that he was feeling particularly fresh at home. “He proved me right that he was not ready for a break!” she said.

“He didn’t need to have a rail down today but he was a little fresher than I thought, which was a good problem but wasn’t one I was expecting to have. I’m not disappointed with him but it was definitely a learning day for us.” 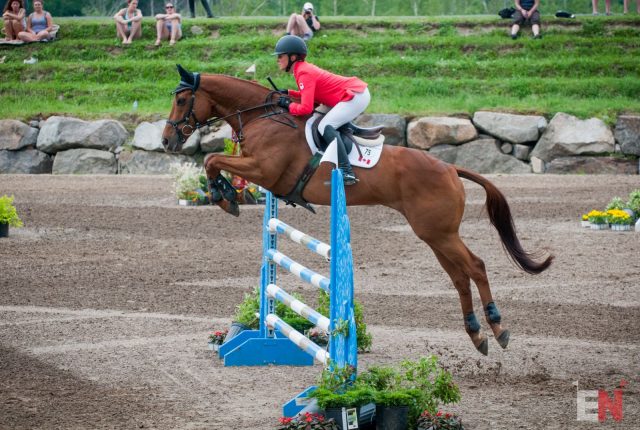 Jessica Phoenix jumped the only other clear round but with one second to add with Amara Hoppner’s Bogue Sound. In the 10-year-old Thoroughbred’s first attempt at the level, they finished 14th overall and won the CCI3* Stuart Horne Canadian Championship awarded by Bridget Colman in memory of her father, Stuart Horne.

“It’s so fun to have this incredible caliber event on our home soil,” Jessica said. “It’s so important for us to have this level of CCI competition in Canada, and it’s just awesome that we have this caliber of riders come support this show because it’s how we all get better. To stand here being the Canadian Champion is awesome and it’s a huge honor to be able to do it at Bromont.”

“Bromont is special,” Sara agreed, and collectively the four riders in the press conference gave a well deserved shout out to organizer Sue Ockendon and the rest of the Bromont staff for their hard work and dedication to the event.

As for me, Bromont became an instant favorite after my first trip here in 2016. Besides the picturesque mountain backdrops (a photographer’s dream) and awesome competition, everyone here is so welcoming and friendly and the hospitality is second to none. Thank you Bromont! I can’t wait for next year. 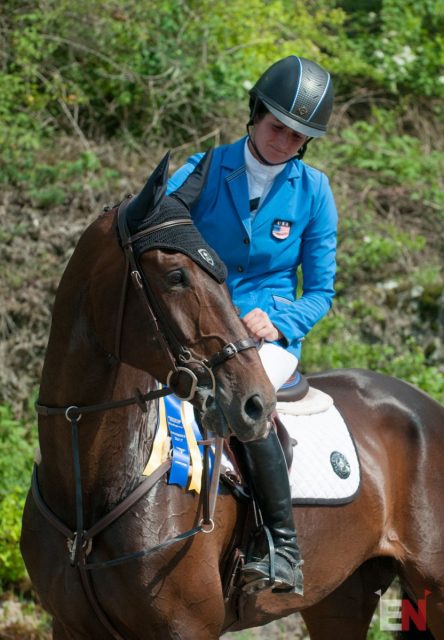 Jennie Brannigan added a rail with Elsbeth Battel’s Cool As Ice for a fifth place finish in the mare’s first CCI3*, and also finished 10th with Elsbeth’s Stella Artois.

We’ll be back with a report on the remaining divisions shortly. Go Eventing. 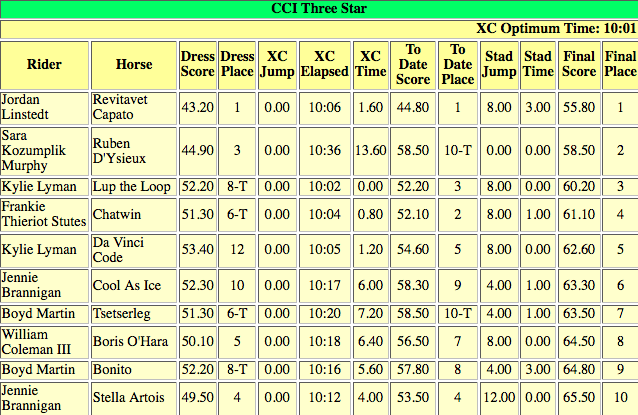