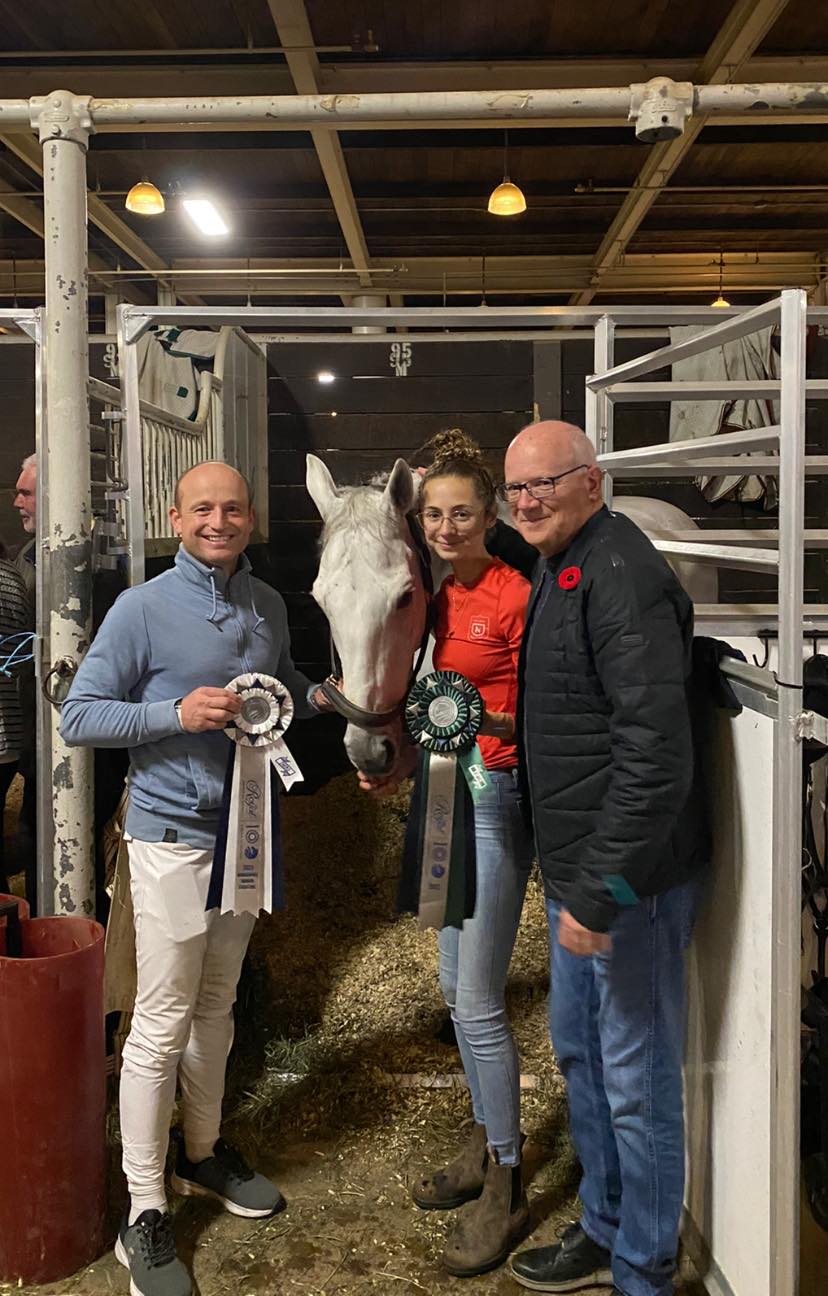 Early in October, Emma Saraullo‘s coach, Canadian team rider Colleen Loach, raised a question. Would she be up for loaning out her 11-year-old off-track Thoroughbred mare, Renegade, for the upcoming Royal Agricultural Winter Fair show? Oh, and would she mind if Michael Jung swung a leg over for a spin in the indoor eventing?

“Micheal has been my riding idol for as long as I can remember,” Emma told me. Her answer had, of course, been yes, and it would lead to a once-in-a-lifetime weekend with the two-time German Olympic gold medalist during the Horseware Indoor Eventing Challenge, held as a part of the Royal’s popular annual horse show and exhibition.

Prior to this chapter of her career, Renegade (Smooth Bid x Noble Spirit, by Doneraile Court) was a successful racehorse, remaining on the track until she was six and racing 30 times. She was purchased off the track by Darby Delledonne, who started her eventing career and quickly found the mare to be willing and brave.

Purchased by Emma and Bill Saraullo as an 8-year-old, “Ren” would be Emma’s first true eventing horse, and her goals as such were modest in the beginning. “I bought her thinking we would go Training level together,” she recalled. “She’s taken me, her junior rider, from entry level all the way up to Prelim in just three summers and has exceeded all expectations. Now I’m planning my first two-star with goals of going Intermediate or more.”

Emma’s been coached along the way by Colleen Loach, well-known for her prowess at producing horses with confidence and composure, and this experience, compounded with Ren’s quality start in the sport, has produced a horse that hunts the flags and does her job with natural ease. She was most recently named the Preliminary Quebec Champion for 2022. 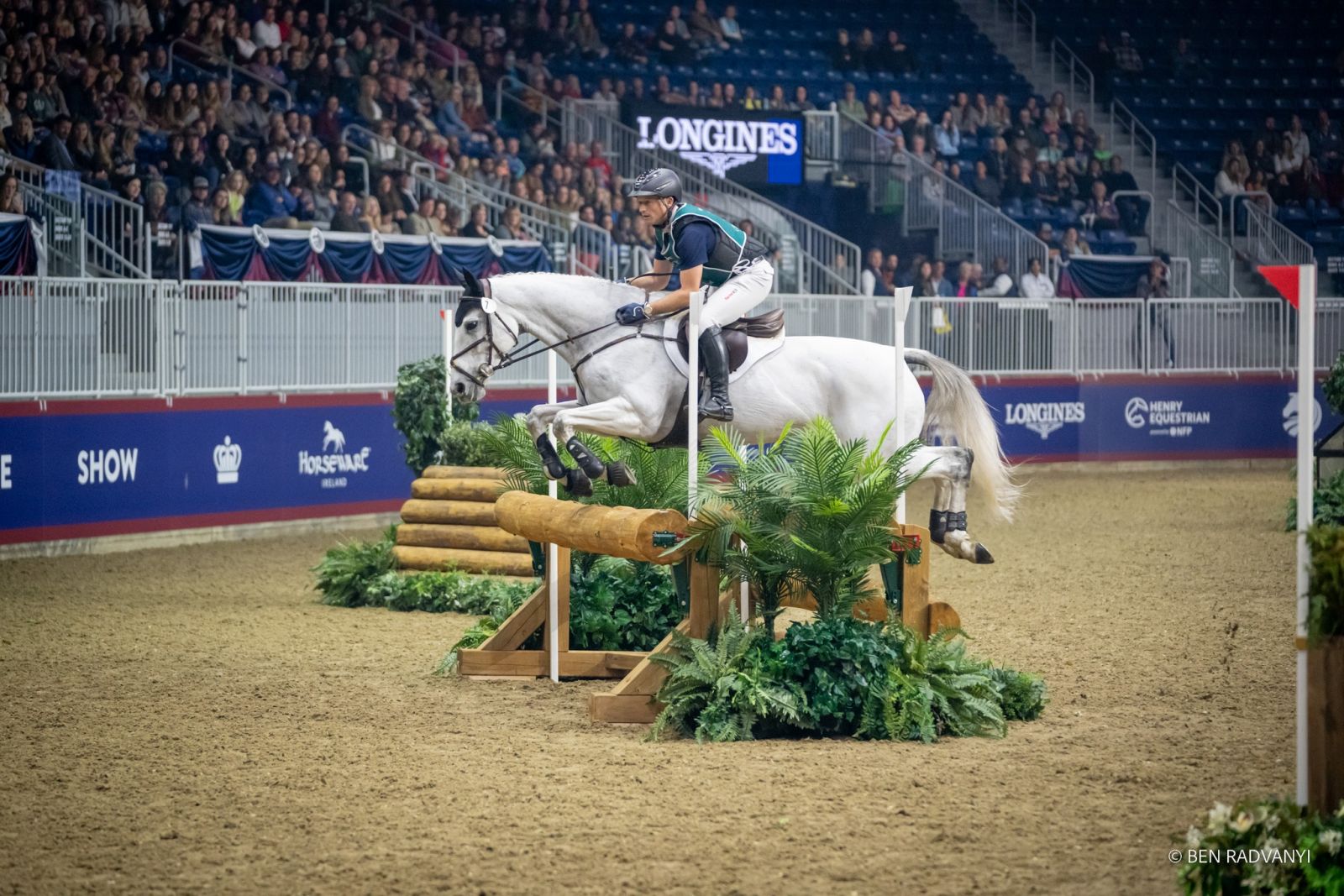 Michael and Renegade on course. Photo by Ben Radvanyi.

But even with the ability and temperament Emma knew her mare possessed, handing the reins to a total stranger — no matter how successful he may be — is nerve-inducing. On their first meeting, though, Michael put any nervousness she was feeling at ease. “He walked in, looked around and said ‘where’s my champion?’ and right then and there I knew it was all going to be ok.”

“He helped me untack her and ensured she was all good after the ride,” Emma said. “He went over every ride in detail with me and gave the most amazing feedback.”

Michael would go on to finish in third overall over the two rounds of competition. “He told me Ren is lovely and loves her job,” Emma continued. “She had a couple rails, and he said it’s merely an experience thing. And the higher the level she goes the more careful she’ll be, but that she is so brave and tries so hard. He said they were very honest mistakes and she made the corrections on the second night.”

And the best thing he said? “He really seemed to love her. He said he doesn’t often ride pure Thoroughbreds and that he enjoyed the ride a lot.” 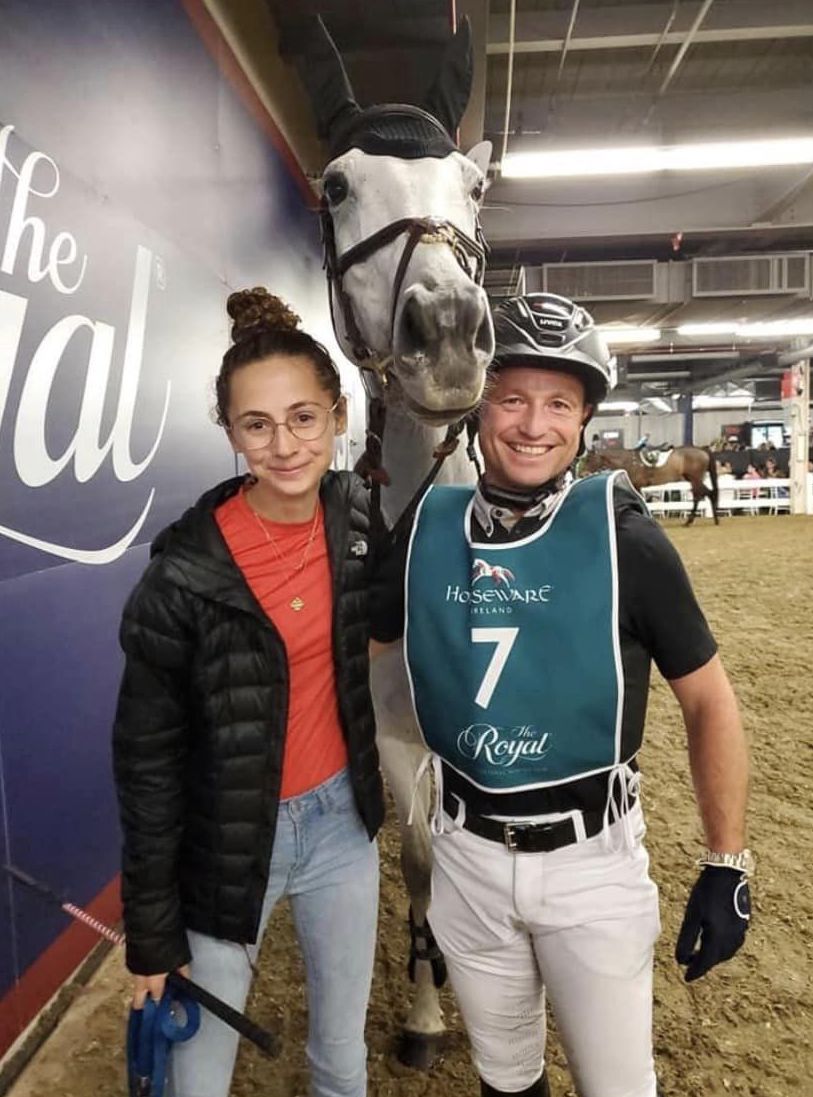 Emma says she learned a lot about her mare over the weekend — for one, that she seems to relish the attention and cheers of the crowd. “I always knew she was special — I mean she packs me around! — but to see her so confident and happy and really just so competitive gets me so excited for our future,” she said. “It was a really hard course, and she was one of the least experienced horses there. And she ate it up!”

When Michael finished his second round, he came back up the chute where Emma waited. After hopping off, he gave Ren a big pat and her owner a big hug. Emma says she’ll be thinking about this weekend for a while to come. “I felt like she had just won a five-star.”